10 apps to identify songs by sound

One extremely frustrating thing that many go through is being at parties and listening to some music they enjoy but don't know the name of. Or watching a movie and enjoying some music, but not knowing how to find it later. No wonder there are several applications to identify songs by sound.

For whatever reason, these apps for identifying music by sound can be helpful in these situations. So we have created a list of the top 10 of its kind, so you can choose which one is right for you.

We started our list with Shazam, one of the most famous music identification apps that has been around for a long time. It works quite simply; Just open the app and click the button on your screen to identify the song.

In addition, it has partnered with several streaming services, such as Spotify, Deezer and Rdio, where you can listen to the songs fully identified and follow their lyrics. To download the app, go to the Play Store or the App Store. 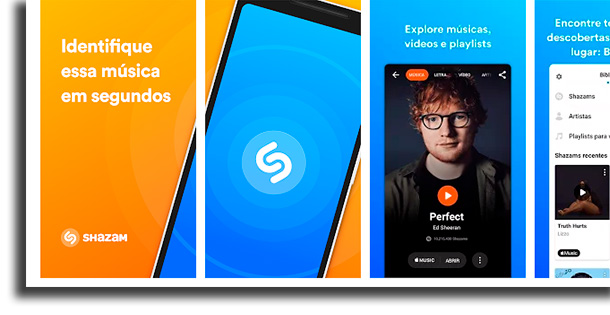 Another of the most famous of its kind, which lets you find out which song is playing around you is SoundHound. In it, you can even hum some music that is stuck in your head that the app will probably recognize.

In addition, it provides artist and song information, offers simultaneous lyrics to keep track of what you're listening to, and features integration with apps like Spotify, Deezer, and Apple Music. It is available for both Android and iOS.

This is one of the apps for identifying songs whose main function is to be an encyclopedia of lyrics. In it, you can find almost any lyrics you want by searching from excerpts of it or by song title.

You can also identify what is playing around you through the app, which will show the lyrics and relevant information. To do so, simply press a button within the app. Go to the official site or download for Android or iOS.

This app is a lyrics aggregator with an amazing international collection. Through the app, you can sync the lyrics with what is playing on your phone.

It allows you to easily identify what is playing in your environment, allowing you to add these songs to Spotify playlists, for example. It integrates with a large number of applications to listen to music online.

If you want to use in browsers, go to the official site. Alternatively, you can download them by accessing the links to the Play Store or App Store. 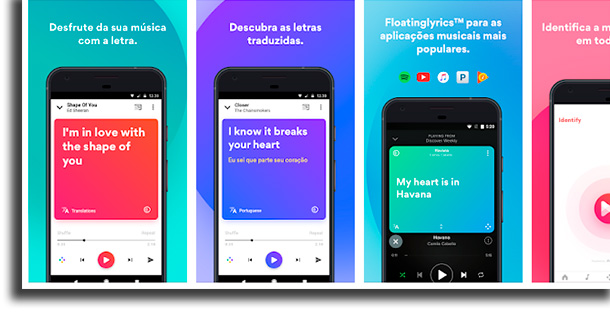 BeatFind is one of the best application options for identifying music by sound, giving you access to all the important and relevant information of what is playing on your smartphone screen.

To listen to music, the app integrates with various streaming services such as Spotify, Deezer and YouTube. In addition, it has a feature in which the mobile flash flashes to the beat of the music. It also has a history of everything you have identified on your smartphone. Download it for Android by the link.

Another of the apps to identify songs is MusicID. It works very similarly to others, looking for what is playing after the user pushes a button on the screen. When identified, shows information relevant to the song and the artist.

Plus, you can see the lyrics, YouTube videos and more all through this app. It also has a history of everything that was searched for it.

One Brazilian platform that performs this function of finding out which songs are playing is Letras.mus.br. Originally a collaborative songwriting website, it expanded for its community and now has smartphone apps and a host of other features.

Here you can find 2.7 million more lyrics and song translations, and access them when you identify what's playing around you. It has integration with Spotify so you can listen to the songs you later identified through the streaming service. 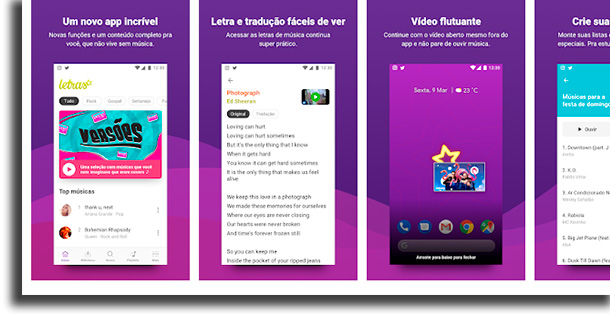 QuickLyric is another great choice within applications for identifying songs, and also serves as a lyrics aggregator. Here you can view the lyrics offline.

In addition, you can enjoy the music identification function through your microphone, which will bring the lyrics to the screen of your Android smartphone. Download by following the link to the Play Store.

Apple's voice assistant for smartphones also has the ability to identify what is ringing around you, both from the smartphone and its smart speakers.

You can use commands such as “What song is playing”, “Name the song” and “What song is this” to identify the song and give you access to the lyrics. If you want, you can click on the result that the song will open in Apple Music.

Finally, we come to the last of the apps to identify songs on our list. Google's voice assistant is also available for iPhone. It works very similarly to Siri, as we show in this comparison between Google Assistant vs Siri.

In addition to all the basic assistance features, it allows you to identify which song is playing. The app shows you the lyrics and some information about the song and the artist who plays it. If your smartphone is Android, it comes with this wizard installed natively; Now if you use iPhone or iPad, download it from the link.

So, what did you think of the apps to identify songs?

Did you already know any? Found a better one than you already used or found new information? Leave it in the comments! Be sure to check out our comparisons of the best streaming services, Spotify vs Apple Music, Spotify vs Deezer and Spotify vs YouTube Music.