Animation series are extremely popular with children, especially during quarantine. But those who think they are the only audience of these animated series are mistaken. A wave of remakes of classics or even sequels of them have been launched, also reaching adults who grow up in front of television watching anime.

Available in the main apps for watching movies and series, the war series and fantasy series are the ones that stand out the most, in addition to comedy. Are you looking for animated series to follow?

Then check out our main indications below!

One of the most influential drawings, Adventure Time brings seemingly silly and childish adventures. However, several references point out that his world is a kind of Earth of the future, after an apocalypse that destroyed everything.

That is, it manages to mix themes common to the little ones, but it can impress adults with deeper themes than the light language suggests. One of the most successful animated series on the Cartoon Network channel, you can watch it on Netflix through the link. 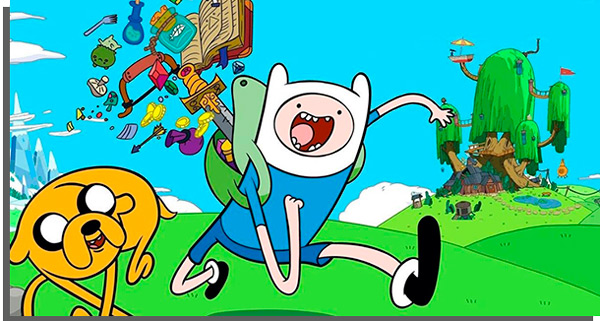 Continuing from one of the most acclaimed anime of all time, Dragon Ball Super brings the iconic characters Goku, Vegeta, Piccolo and everyone else for more challenges. Which means more beating and power levels well above 8000.

After saving Earth from what was probably the most powerful being in the universe, Goku and his friends are surprised by a divine threat: the God of Destruction Bills, who seeks out the legendary Super Saiyan God, a prophetic being who would be the only one capable of defeating it.

This is just the beginning of the first season, on a journey that will take iconic fighters to meet powerful characters from other universes besides their own.

Dragon Ball Super is available on Crunchyroll through the link.

Hardly ever heard of SpongeBob SquarePants. Whether you are a fan of films or watching series with real actors, it is almost impossible that you did not stop even once to have a laugh with the submarine comedy design.

Accompanying the adventures of a fun sponge and his friendly starfish, the grace of SpongeBob is in the absurd. Especially in comparisons with the real world, transported under the sea.

After all, how can you not find fun with a sponge that works as a chapeira in a hamburger shop that serves crab burgers for other fish and seafood?

4. Avatar: The Legend of Aang

Another Nickelodeon classic among the animated series, Avatar: The Legend of Aang is inspired by Japanese animations and oriental culture in general, especially in relation to martial arts.

The plot follows the story of Aang, a boy who was frozen and hidden for being the Avatar, capable of mastering the four elements. When the nation of Fire constitutes an empire and threatens balance, its mission is to bring peace.

However, he is still able to master only one element and must go on a journey to learn to control the remaining elements and thus be able to face the power of the empire.

Avatar: The Legend of Aang is available on Netflix. Click the link to watch. 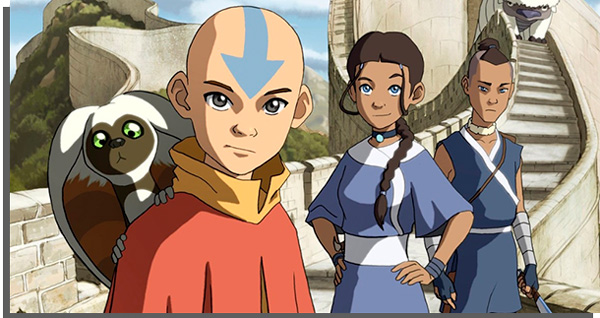 With references to World War II, but in a universe of its own, Full Metal Alchemist: Brotherhood tells the story of brothers Edward and Alphonse Elric, federal alchemists on a mission to recover Alphonse's lost body in an unsuccessful experiment.

As soldiers, however, they are obliged to follow orders and engage in national politics, which reveals a major conspiracy from the highest levels of government.

Full Metal Alchemist: Brotherhood is one of the best written drawings, with characters that will quickly win you over and a story that will surely hold you back. The anime is among the most successful Netflix series and you can watch it through the link!

One of Netflix's original animated series, Castlevania is inspired by the video game series of the same name. Inspired by the events of the third game of the saga, it brings the eternal combat of the Belmont family with Dracula.

The drawing shows the motivations of both the protagonist and the antagonist, in addition to their relationship with Alucard, the villain's son. With several references to the games in the franchise, it's full plate for game fans and an incredibly well done tribute.

Castlevania animation is available on Netflix!

One of the most beloved series outside of the Star Wars films, the seven seasons of The Clone Wars cover the events that occurred between episodes II and III of the saga. In addition to iconic characters from films like Darth Maul, Anakin Skywalker and master Yoda, we are introduced to another range of memorable characters.

It is worth mentioning that the drawing addresses several subjects that were shown in the films, but never explored, such as the bright and dark sides of the Force, the humanity of the clones and even how the planets considered "evil" felt in relation to the Republic.

The seven seasons of the series were available on Netflix, but have been removed from the catalog. On the other hand, they should return in November, with the arrival of Disney + in the country.

Among Japanese animated series, Death Note was certainly one of the most popular, even winning a series of Netflix movies with real actors. The series addresses a divine entity responsible for killing human beings when their time comes, who decides to leave the notebook he uses to perform the work to fall on Earth.

Whoever finds it is a high school teenager named Light Yagami who, as soon as he discovered the powers of the notebook, decides to use it to cure the injustices of the world. The problem that the series addresses is: should only one person be able to judge all the others?

The Death Note anime is available on Netflix. 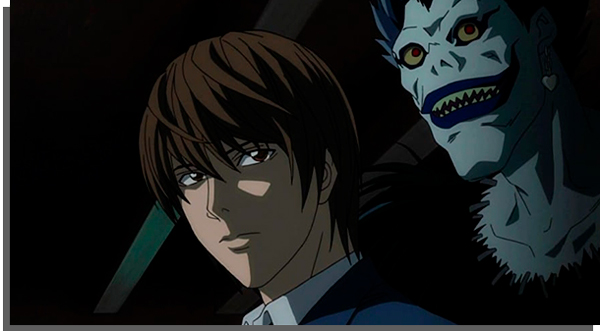 Another of the animated series acclaimed in the late 1990s, The Powerpuff Girls had a makeover and returned to television in new adventures, updated for the current decade.

However, the simplicity of the story remains the same: three girls raised in laboratories and with superpowers must protect their city from villains, while trying to be conventional children.

The Powerpuff Girls are available on the Cartoon Network TV channel. Watch some videos and episodes right on your website.

As we mentioned at the beginning of the article, many of the animated series acclaimed today are sequels or remakes of classics from a few decades ago. Sailor Moon Crystal is also one of those examples.

Telling the story from the beginning and inspired by the original comics, the anime tells the story of schoolgirl Serena, who is transformed into a protector of the planet almost by accident. The story revolves around her fight against evil, at the same time as her routine as a high school teenager.

Sailor Moon Crystal can be watched in full on Crunchyroll.

Closing the list, we have one of the series we indicated in our anime guide 2020, since it is arriving in its last season. On an apocalyptic planet reduced to just one city, the world was taken over by colossal creatures called titans, who have physical similarities to us, but are usually at least three times our size.

In addition, the creatures feed on the humans themselves, making our race live in a city surrounded by very high walls for protection. Attack on Titan is also available on Crunchyroll.

What are your favorite animated series?

We show some examples of excellent series, catering to all tastes and ages. Which one seemed the most interesting to you and which ones have you put in your queue?

Tell us in the comments!