Deprecated: sanitize_url is deprecated since version 2.8.0! Use esc_url_raw() instead. in /home/zttdwyac/public_html/knowthisapp.com/wp-includes/functions.php on line 5213
 10 best DC series for superhero addicts

If you consider yourself a nerd about to have a card or have started to be interested in Netflix series that address the universe of superheroes, then you will not be disappointed with the DC series available in the apps to see movies and series.

Both approaching well-known and old-fashioned comic book heroes, these DC series feature characters who are usually off the radar, or are not used to being the protagonists of stories like Batman or Superman.

Are you looking for suggestions to watch series of comic book heroes? Then check out our selection of some of DC's best shows!

Often mistaken for a future version of the Super-Shock, in fact Black Lightning is another totally different character. Retiring from a heroic teenage life and living in the suburbs where he grew up, the now director of an American public school Jefferson Pierce begins to face ghosts of the past when a new gang threatens the future of students at his high school and school. family.

Addressing the multiple facets of the super hero, Black Ray deals with racial issues, black youth and family life, in addition to the action scenes worthy of the comic-inspired series.

Black Ray is one of the richest series in content and themes, although its aesthetic is not as colorful as other DC series. Black Lightning is available exclusively on Netflix. 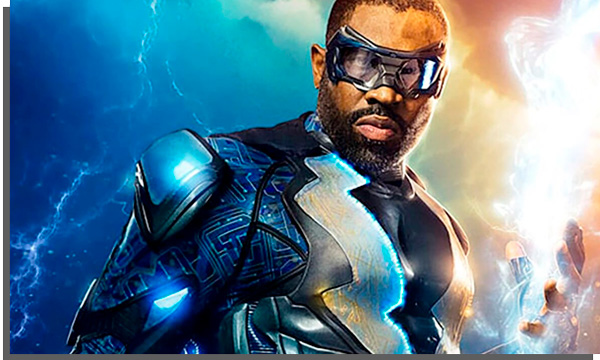 One of the first DC series after the return of the superhero fever, Flash again shows the origin of one of the main superheroes of the publisher. In addition, the series recreates some of the iconic sagas of the scarlet sprinter comics.

One is Flashpoint, in which the hero finds out how to use his speed to go back in time and save his late mother from being murdered. The event ends up causing folds in the timeline, causing a new and faster villain to emerge.

The series has 7 seasons, with five of them available on Netflix.

Opening the current shared universe of DC heroes, Arrow also recounts the story of the famous Green Arrow. Heir to the wealthiest family in Star City, Oliver Green survives an accident on his yacht and wakes up on an isolated island, where he had to learn to survive.

In the series, he had a mysterious master, who taught him to use the bow and arrow with mastery. Reported dead, he returns to his former life changed. In order to help those less fortunate than him, he started hunting criminals using the skills acquired in his isolation.

Arrow came to an end this year and all of its seasons can be watched on Netflix.

One of the most recent DC series, Titans is a reinterpretation of the Teen Titans team comics, led by none other than Robin, apprentice of the Batman. However, this time the spotlight is all focused on Batman's former assistant and his diverse team.

The first season shows the formation of the group and revolves around one of the members, pursued by forces of darkness led by their own father. Both seasons show the heroes' encounters, as well as the team formation.

Titans is an exclusive series from Netflix and its third season is already confirmed.

Perhaps one of DC's most colorful fantasy series, Supergirl is not afraid to look more cheesy as she is incredibly upbeat. Following the life of Kara Danvers, an apparent secretary of a fashion magazine who is actually Superman's cousin.

Like her younger cousin – who aged earlier than she did before arriving on Earth, while she remained in suspension – she has the same powers as he does, since his powers come from the same source: sunlight.

With a lighter tone than Arrow, Titans and Black Lightning, Supergirl was the first among DC series of the last decade with a female protagonist.

Supergirl is available on Netflix.

Perhaps one of the most daring DC series, Doom Patrol brings a group of heroes without very noble motivations to save the world. In fact, the majority of the group is considered undesirable by society, living in seclusion.

The reason: their super powers came due to accidents that, in addition to their skills, left them disfigured in some way. Gathered together by a leader simply called the Chief, they deal with investigations of strange phenomena, which usually involve villains with nasty purposes.

Another one of the DC series that runs away from the conventional, Lucifer is inspired by the comic of the same name. Tired of the life of managing the underworld, the fallen angel decides to retire and open a "little hell" in the city of Los Angeles.

After helping the police uncover the murder of a call girl, he takes a liking to it, becoming a law advisor and secretly using his supernatural powers to help him.

After being alone for a long time as the only female protagonist, Supergirl gained companions in this regard. With one season available and the second on the way, Batwoman brings the Batman's cousin into the hero's cloak after his disappearance.

It is worth mentioning that Batwoman is part of the universe of DC series, along with Arrow, Flash and Supergirl. In fact, the heroine has already participated in these series and in the special Crisis in Infinite Earths.

The first season of Batwoman is available on HBO Go and, after the end of the service, should be made available on Amazon Prime Video.

One of the best animated series about superheroes, Young Justice is about another group of young superheroes. Initially formed by the helpers of the main DC heroes – such as Aqualad, Robin and Ricardito -, the animation surprises by bringing constant and impressive twists, without ever seeming to be pushing the bar.

With that, Young Justice manages to be jovial like its protagonists, but to approach more serious and adult subjects. Young Justice has three seasons and is available on Netflix.

Closing the list of the best series in DC we have Gotham. Taking place during Bruce Wayne's childhood, the protagonist turns out to be then-detective Jim Gordon. As the cop copes with the city's growing corruption, he also ends up approaching young Bruce Wayne, becoming something of a mentor before he wears the Batman cape.

In addition to the heroes, we can also follow along the series the emergence of some of the main villains that the Batman will face years later. 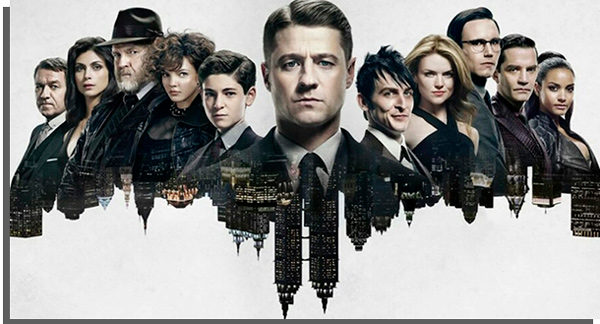 Which DC series have you watched?

Which of these series from one of the largest comic book publishers in the world have you seen? Which ones do you recommend?

Comment with us and be sure to also check out our complete list with the best spy series!