Having a smartwatch can be very useful today, as they have apps that can make everyday tasks easier. Of course, many of them have very different looks from traditional watches, which amazes possible users, including several women. The good news is that there are now more stylish models, with a smaller and lighter format that can better match the demand. Therefore, we have separated some of the best smartwatch options for women.

If you're curious, you can check out all of our suggestions for these watches below! 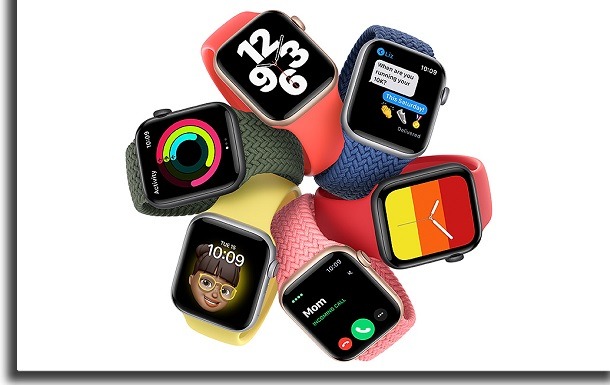 It is quite common to think of smartwatches and imagine the Apple Watch right away. After all, this was one of the models that really popularized this type of watch and still remains the best option for those who already have an iPhone.

The Apple Watch 6 is much more expensive than other options on the market, but it is the best option for those who want the most premium Apple today. It has a great battery, its screen has Always On and 32 GB of storage.

In case you need it, it also has a precise heart rate monitor, which is very interesting. Its format is also more discreet and small nowadays, which is great for those looking for a smartwatch model for women.

If you want an Apple smartwatch that is not as expensive as their most premium model, we will recommend another option. The Apple Watch SE is practically the same as the 6, but it has some less Apple Watch functions and is cheaper.

Its battery lasts approximately 18 hours, it also has 32 GB of storage and the look is no different from the more expensive model. Our only recommendation is to do some research beforehand to find out if the price difference is really worth it in the stores that find it.

After all, if it isn't much cheaper than the Apple Watch 6, it may not be worth so much.

Another good choice of smartwatch for women is the Fitbit Versa 3. It has a very modern and beautiful look, has several interesting features and is not very expensive compared to other premium models.

Although the Fitbit brand is well associated with smartwatches for sportsmen, the Versa 3 is much more versatile than that. So it is much easier to fit it into your routine for various tasks.

It has GPS, a great battery that can last for days and 4GB of storage.

Another good option of this company is Fitbit Sense, which is slightly more expensive than Versa 3. This is because it is well focused on monitoring the health of its user and has specific resources for that.

It can be a good smartwatch alternative for women who play sports or who are trying to have a healthier life overall. To get a sense, it has an ECG meter, blood oxygen saturation monitor and an activity monitor for you to know your stress levels.

Other than that, this model has GPS and a heart rate monitor. Very interesting for those looking for something like that.

With a more traditional design, the LG Watch Style is very beautiful and functional. It is light, thin and minimalist, which makes it ideal for some women who have thinner wrists.

If you want something that escapes the common look of smartwatches, this can be a very interesting option. In addition to working with all compatible Android Wear 2.0 apps, it is also great for anyone who practices physical activities. 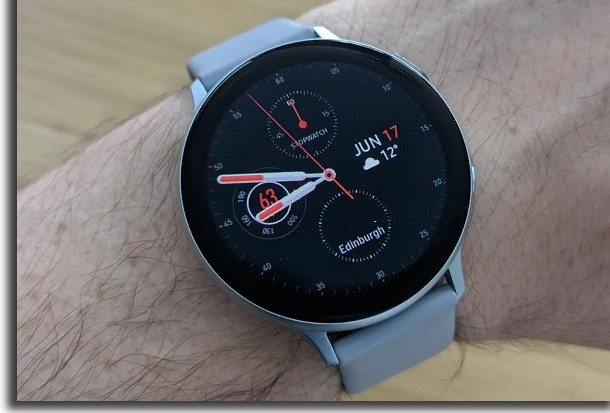 So, if you want the best Android smartwatch on the market, this will be your best option. You can tell that it is very versatile, being compatible with all Android Wear 2.0 apps and having several interesting features.

It even has GPS, a battery that lasts more than a day and 8 GB of internal storage. Unlike Apple smartwatches, you don't need a specific smartphone to use it.

Another good Samsung option for smartwatch is the Galaxy Watch Active 2. As its name already indicates, it is well suited for those who have an active life and those who exercise frequently, but can still be used just like a normal smartwatch.

It is more compact, thinner and has more features geared to those physical activities we mentioned. There are several exercise modes, an ECG sensor and a health app that can show you stress levels.

There is also a cool feature that shows you if you are sleeping well, which is great if you are already interested in sleep apps.

Unlike the Galaxy Watch Active 2, the Gear Fit2 Pro from Samsung is totally geared to those who exercise and exercise. Even its shape is very different from the smart watches we usually see.

It is much thinner and has functions totally specific to these activities that we mentioned. It can monitor your steps, the distance you travel, how many calories you have burned and still have a GPS.

The most common function of a smartwatch you will find on it is that you will be able to receive and respond to notifications on it. In addition, you can control some apps on your phone through your touch screen.

How about going back to the smartwatch options for women who like a more conventional watch? In this case, we have the Fossil Gen 4 Venture to recommend.

Its design is very traditional, but it has a modern touch at the same time. It has many useful features, letting you see your notifications for messages, calls, social networks, emails and more.

Besides, it looks more like an ordinary watch, which is perfect if you want something discreet. 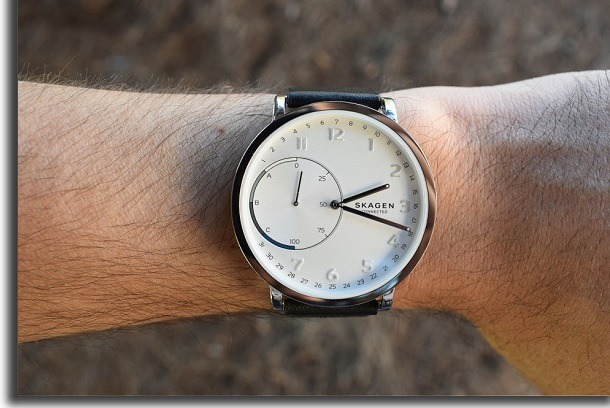 To end our list, we have the Skagen Signatur Connected Hybrid. It may not be as well known here, but it is wonderful. Like some others on our list, it moves away from the traditional concept of a smartwatch for women.

But this is not just in appearance like so many others. As its name already suggests, it works more like a hybrid of a traditional watch and a smartwatch.

Its design is exactly what we expect from a normal wristwatch and it does not have a touch screen or support for apps used inside it. Instead, it can connect to your smartphone and have some smart features.

Everything is controlled by a specific Skagen app that you use on your smartphone. For those who wanted something more balanced, this can be a good option.

Did you take advantage of our smartwatch options guide for women to find the perfect model? So don't forget to leave your comment telling us what you think of the watches and which is your favorite on the list.

Don't forget to check out our main indications of smartwatch watch apps!