Enjoy the iPhone 11 revelation and what is Apple preparing for the end of 2019 and early 2020? The standard edition of the smartphone and the iPhone 11 Pro showed the next phase of the handsets, but was not the only star of the show. One of these was Apple Watch 5, which will be highlighted mainly for its independence from the iPhone.

Prior to this edition, Apple's smartwatches were considerably mobile phone dependent. So much so that it made no sense to have an Apple Watch without buying an iPhone first, especially if you wanted to use it to listen to music.

This is no longer true with Apple Watch 5. With a focus on improving health monitoring, new applications will allow the “smart watch” to track and alert you to any problems or warnings your body is giving.

These are just some of the new features in Apple Watch 5, which we'll talk about in the next few paragraphs, along with other features we'll also mention.

Almost all Apple Watch applications needed to be synced with their iPhone versions to work properly. The main news is that many of them will no longer have this dependency, working normally even if they have lost their iPhone or prefer Android phones.

In fact, Apple Watch 5 is the first in its line to make emergency calls without an iPhone around! See more about this functionality in the next item.

While it's only possible to make emergency calls without an iPhone around, that already means a lot to the Apple Watch brand. After all, it could mean that the apple company may make it possible in future editions to call contacts on your calendar.

It's worth mentioning that Apple Watch 5 will be able to call emergency services in over 100 countries around the world. That is, it is quite likely that you can be served in the next country you visit using just the smartwatch.

Typically, Apple Watch apps are downloaded through the iPhone and iPad App Store. This reality will change with the arrival of watchOS 6, the operating system that comes with the new smartwatch.

This App Store can be accessed directly from your watch, allowing you to download any compatible app. That is, we can say that this is yet another feature that proves the independence of Apple Watch 5 from the iPhone.

Continuing the list of new smartwatch features that make it independent of the iPhone, we have the compass. Prior to this version of watchOS, Apple Watch Maps allowed you to see only your position. 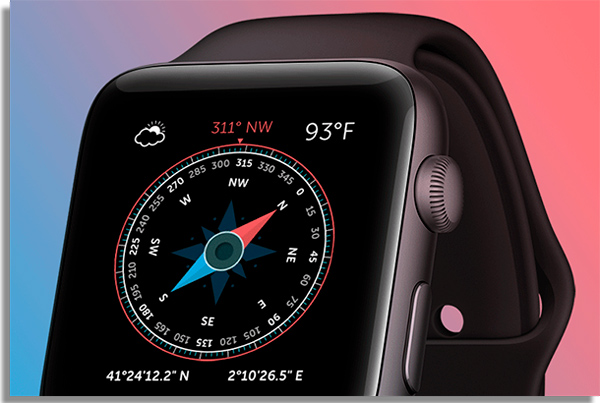 To know which direction you were looking at, you had to open your phone to confirm that you are heading in the right direction. With the new watch, this feature will be part of the app and you no longer need your phone to make sure it's not lost, adding one more possibility to the list of things you can do with Apple Watch.

If she followed Apple's broadcast, she could see the company's emphasis on its app that monitors her heartbeat. Because of its usefulness and its life-saving success, Apple has decided to expand health-related functionality.

In addition to improvements to the heart rate app itself, Apple Watch 5 will also allow you to track menstrual cycles, an app dedicated to analyzing the sounds around you and their effects on your hearing. It's worth mentioning that Apple made it clear that you may or may not send data from these apps to the company.

Many users complained that previous editions of Apple Watch were due on “battery life”. In response, the Cupertino giant reassured watch fans by warning that the Apple Watch 5 battery will last up to 18 hours.

That is, almost a full day without the need to carry it. The goal here is to cater to the most demanding users, who work out and do not have much availability to leave the accessory charging at any time.

Another well-known cell phone technology that will also become part of Apple Watch 5. Having an Always On screen means that even if you're not wearing the watch, your phone will still display key information on the screen.

That is, you will not need to activate your Apple Watch whenever you need to see the time or any other information you have included on the main screen. 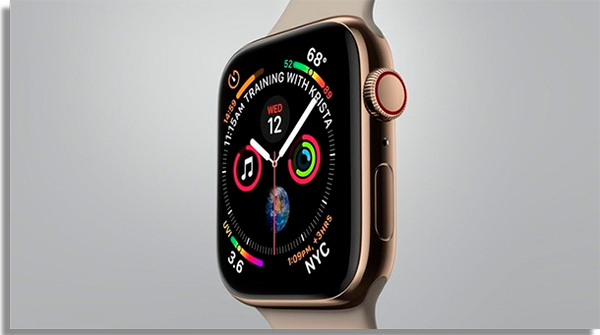 While calendar apps are common on smartphones and are the favorite choice for most users, some prefer the ease of knowing their next appointment just by looking at their wrists.

That's why Apple Watch 5 will come with a native calendar app that also gives you access to reminders sent via notifications. That means more agility when it comes to knowing what to do next on your to-do list.

Have you considered buying an Apple Watch 5?

This is the main news about Apple's next generation smartwatch. Certainly its greater independence from the iPhone could make it a blockbuster, perhaps even reaching non-Apple fans.

But what did you think about the introduction of Apple Watch 5 and its new features? Which function do you think you would use most on a smartwatch? Tell us in the comments!

This website uses cookies to improve your experience while you navigate through the website. Out of these, the cookies that are categorized as necessary are stored on your browser as they are essential for the working of basic functionalities of the website. We also use third-party cookies that help us analyze and understand how you use this website. These cookies will be stored in your browser only with your consent. You also have the option to opt-out of these cookies. But opting out of some of these cookies may affect your browsing experience.
Necessary Always Enabled
Necessary cookies are absolutely essential for the website to function properly. This category only includes cookies that ensures basic functionalities and security features of the website. These cookies do not store any personal information.
Non-necessary
Any cookies that may not be particularly necessary for the website to function and is used specifically to collect user personal data via analytics, ads, other embedded contents are termed as non-necessary cookies. It is mandatory to procure user consent prior to running these cookies on your website.
SAVE & ACCEPT