As much as smartphones are more useful in the hands of older people, it is inevitable that your children will also use the devices eventually. The good thing is that there are many applications that allow you to monitor your children's cell phones and prevent them from accessing certain inappropriate websites and apps. As it can be difficult to know which monitoring app is best for you, we have listed some of the best for parental controls.

If you're curious to find out which apps are best for monitoring your kids' cell phones, just check out our suggestions. The complete and detailed list can be found below!

The Qustodio app is one of the best in terms of monitoring children's cell phones. Virtually everything in it can be configured the way you need or prefer it.

The cool thing is that it can be used on several different platforms, including Windows and Mac. It is also possible to define the times that the internet can be used and which apps will be allowed. It is definitely an app worth checking out.

Start using Qustodio through the link! 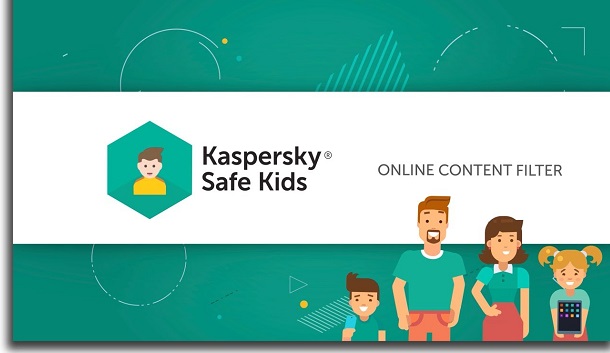 Our first suggestion is Kaspersky Safe Kids. It is available for Android and iOS smartphones, despite some very annoying limitations in the iPhone version.

Either way, it has no limit on the number of devices that can be used. So you can use it on more than one smartphone or one computer, for example.

It is also one of the cheapest among paid apps for monitoring children's mobile phones. You can check out more at the link below.

Next, let's talk about Norton Family Premier. The service is very interesting and can be used on smartphones or computers, the only restriction being Macs.

Its interface is easy to understand and use, but the price is not the most pleasant. Still it is a good option for those who already have other Norton services. If you were curious, just check out more on the official website.

Net Nanny is more recommended for those who own an Android smartphone, since there is no compatibility with iOS. Other than that, you can also use the app on Windows and Mac computers.

It has many features, filters that can be customized and settings completely online. The bad thing is that it hasn't received updates for some time and is also kind of expensive. See more about the app at the link below.

Unlike some other apps on our list, Boomerang is exclusive to smartphones. It can help you to monitor the use of apps and the internet on your children's cell phones easily.

It is very simple to learn to use in general, which is always a positive point. Unfortunately, it can be quite expensive for all the features it offers. To learn more about it, just check the official website.

OurPact is one of the few iOS apps that can give parents more control. This security app could even block the use of any other application on the iPhone, which Apple eventually managed to avoid.

Still, on Android it has a lot more options available. Anyway, with its easy to understand interface and several monitoring options, it is a great option to consider. Check out more on Android and iPhone.

Screen Time is certainly a very interesting app. It has good resources for monitoring and deciding when your children can use their cell phones, for example.

Still, it is not so suitable for anyone who wants internet filters or blocking apps. He charges more for these options, which can be a very negative point for many parents. If you're curious, see more about it on your Android and iPhone.

ESET Parental Control is only available for Android devices at the moment, but it does an excellent job. It has location features, internet filters and can be used on multiple smartphones at the same time.

It just doesn't have a system for monitoring messages and calls, something that many parents may consider essential. You can check out even more about the app at the following link.

Overall, Locategy can also be a great option for monitoring your kids' cell phones. It has a location monitoring system, in addition to the expected app blocking and usage analysis.

It just doesn't let you monitor messages, calls and interactions on social networks. Other than that, its interface is great and the options are advanced even in the iOS version. To check out more, just go to their official website.

MMGuardian is an app that can not complain about the lack of resources. That's because it has and offers practically all the options to monitor the children's cell phone that you can imagine.

Its biggest negative point is that the interface is kind of confusing and it can take time to learn how to use it. Other than that, it can also be heavily priced depending on the settings and plan you want to use.

The app is currently available on Android and iOS, but is also more limited on iPhones. If you want to check it out for yourself, just follow the link on the official website.

MSpy is simply one of the most used monitoring applications in the world. It can be used for just about anything, including social networks, chat apps, calls and more.

There is also GPS location monitoring, 24-hour support in several languages ​​and a great interface to use. It is also fully compatible with Android and iOS. Take your free test through the link.

The SpyBubble is another really cool suggestion. It works great on Android and iOS smartphones and can be accessed easily from any internet browser for monitoring.

The app is very easy to use and can monitor chat apps, call history, internet usage and more. The app, like most, is paid for and can be found via the link.

PhoneSheriff is another alternative that is well worth checking out. It has the basic features to monitor your children's cell phone, as well as letting you establish how long a day they can use their smartphone.

You can also block specific numbers and calls, applications and certain internet sites. There are special options for children and teenagers. To see more, just check the link.

MamaBear is a slightly different app, since it is more for GPS monitoring. Its main focus is to know where your children are and whether they are safe in traffic mainly.

You can even tell if the car is going too fast, for example. It is certainly a very cool app for those who have teenagers. To check out more about the app, just go to the official website. 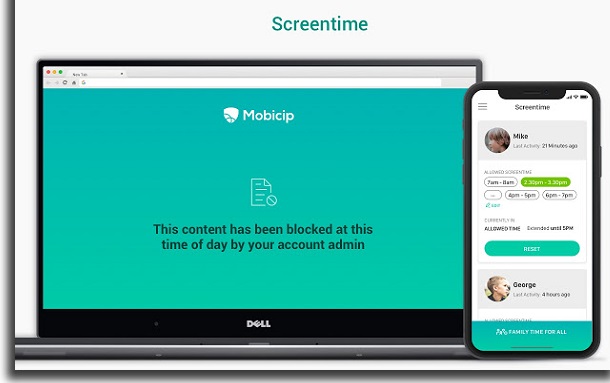 Finally, we have Mobicip as a suggestion to monitor the children's cell phone. It doesn't have as many advanced options as others on our list, but it can be a great alternative for those looking for something simpler.

It is possible to block applications and certain websites from being accessed. Fortunately, it is also not very expensive and still has a free trial. Check out more through the link below.

Did you like the apps to monitor your children's cell phone?

Did you take advantage of our tips to get to know some of the best apps to monitor your children's cell phones? So don't forget to leave your comment telling us what you think and if there are others that you would like to see on our list.