In times when staying at home is almost mandatory, it can be difficult to find activities to distract yourself. If you like to play, it is more than natural to look for some titles to enjoy at home, for example. With that in mind, we've put together some of the best free games to pass the time.

Especially because it is much better to try games at no cost than to spend on something you don't know if you will like. If you're curious, you can check out the free games to spend the time we've listed below! 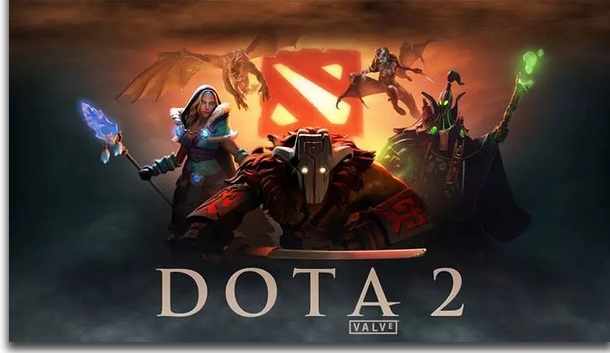 Dota 2 is easily one of the most popular MOBAs in the world. With hundreds of characters available, you can choose the one that best fits your style of play, as each is very different and has several unique skills.

The objective is quite simple: you must use your troops to capture your opponent's base. The matches feature two teams of five people on a large map, in which you must battle to advance and win.

The gameplay can be intense and competitive, but it is always a lot of fun. Click the link to download the game on Steam.

Since we mentioned Dota 2, we also have to put League o Legends on our list. It is one of the most successful games in the world and has an extremely active competitive community, with championships throughout the year.

There are dozens of characters available, each with even more dozens of different skins. The game is free to play and not so difficult to learn. It's just complicated to become really good at it. Check out the link to check out more about League of Legends.

Although not as well known, Paladins can be a great option for those looking for a mix of FPS and MOBAs. In it, you play in a team of five people to defeat the rival team.

There are many characters to choose from, each with their own abilities. The look is very beautiful and colorful, despite being very simple in general. The game is available for free through Steam.

Path of Exile is an action RPG very similar to Diablo III. The game also offers incredible graphics that can be easily compared to new generation AAA games.

You play as a criminal among many other prisoners and need to perform several missions throughout the game. Click here to download Path of Exile for free on Steam. 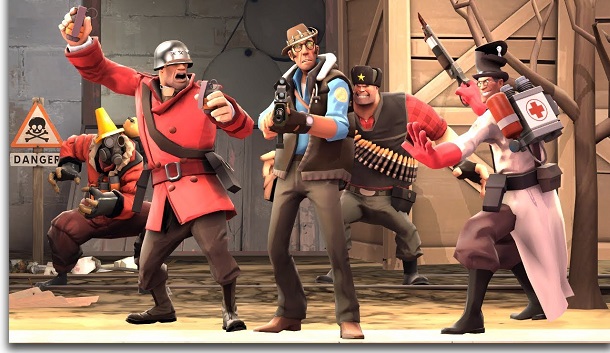 Team Fortress 2 is a team-based shooter with a very distinct and vibrant look. Despite being released more than ten years ago, the game remains very current, fun and competitive.

In it, two teams of players face off against several characters with very unique abilities. Since matches are usually fast and frantic, it is normal for everything to change in a matter of seconds, which makes things even more exciting. Click here to download the game.

You can explore at will, encounter different creatures and do interesting missions. If you are curious, just check the link below and download it.

Warframe, on the other hand, allows you to play as a space ninja robot, which is interesting enough to attract the attention of the majority. The game consists of a cooperative third-person experience, in which you must improve your character and skills throughout the adventure.

Even though you have a main story to follow, the most fun part is found in multiplayer mode, where you can compete or cooperate with your friends. Click here to download the game.

Among so many collectible card games, Magic The Gathering is still one of the best. After years, he finally won the digital version with a more modern and dynamic gameplay.

Fortunately, it is also a very light game that shouldn't even raise the PC's temperature when playing it. It features most of the known Magic modes, including competitive ones.

You can set up your decks for free and play against friends or other players around the world. The game can be downloaded through the link.

Right after that, we have the card game from Riot, the same company responsible for League of Legends. In fact, the characters in the cards are all based on the other game, something great for those who are already a fan of LoL.

The game itself is not so different from other TCGs that we see out there. Fortunately, it is very easy to learn and has no bad monetization practices.

This means that you can get the cards very simply and just by playing. Much better than having to spend a lot of money to have a decent deck. Check out more through the link.

EVE is another MMO that we can recommend you. The difference is that it passes through space and focuses heavily on battles between ships. Of course, it is not one of those simulation games for PC that has realism as a basis when portraying space travel, being much more fanciful than that.

There are several huge maps to enjoy and thousands of active players around the clock. The cool thing is that battles require a good level of skill and strategy. This makes it even better if you play it with your friends. You can download it via the link.

Of course, we couldn't help recommending Fortnite Battle Royale. After all, it is one of the most popular games in the Battle Royale genre and tends to be quite successful among those who usually record games and put games on the internet.

You can play with your friends in a variety of modes, whether you are playing alone, in small groups or with dozens of players at your side.

It is worth mentioning that the game always receives new challenges, skins and different items. Check out more through the link.

Another good option if you want to play a Battle Royale is Apex. The Electronic Arts game takes a slightly different approach to Fortnite and can please anyone who wants something more competitive.

In it, there are characters with different abilities who may be better at taking damage, doing damage or healing damage. You play in groups and the one who stays alive until the end, wins.

Just don't forget to take a screen print when you finally come first to show your friends! Check out more at the link below.

Another of the free games to spend time that we are going to recommend is Destiny 2. It is one of the most famous games on our list, so it is possible that you have at least heard of it.

Basically, it's a multiplayer first person shooter, so it's perfect for playing with friends. You can check out more and download the game directly on Steam.

You may have heard of games like Super Smash Bros, in which different characters from other games fight each other. Brawlhalla works in a similar style.

Although he does not have a cast of famous characters, he has very diverse fighters. It is truly one of the best free games to pass the time. Check out more through the link.

There is no way to talk about free games to pass the time without talking about Counter-Strike. It is simply one of the most played shooters to date and you should try it out if you have never played.

You can play with your friends as well as people from all over the world. It is very simple to learn, but it does not mean that it will be easy to master. Click here to check out more about him.

Did you like the free games to pass the time

Did you take advantage of our list to discover some good free games to pass the time? So don't forget to leave your comment telling us what you think.

Also check out our indications of offline games for Android!