If you are looking for something interesting to do at home, we can say that playing can be one of the best things to pass the time. Of course, you don't have to pay to do this. We've even separated some of the best free games to play at home so you have good options.

They are PC and smartphone games, ensuring that you don't even have to have a very powerful device to enjoy the games. If you are curious to know the best free games to play at home, just check out our suggestions below!

Guilds Wars 2 is not only one of the best free games to play at home, it is also one of the best MMORPGs you will find today. Instead of forcing players to experience their adventures alone or looking for groups on their own, he joins you with any other player nearby who is doing the same missions.

It is worth considering that the fact that the combat is more active and the missions not so repetitive, leaves the game at a level well above most MMOs. You can check out more through the link.

ArcheAge is one of the few free games that does not require the player to spend their money on microtransactions throughout the adventure, which in itself is already a great highlight. Like any online RPG, the game makes the player choose his character to experience various missions and gain experience, but the plot and its mechanics end up captivating in a unique way.

You can focus on fighting, fishing, construction, agriculture and many other fun and even relaxing activities. If you are a fan of MMO and want to enjoy a beautiful game and totally free, there is no reason to stop playing ArcheAge. To find out more and download the game, just check out the link below.

There are countless Warhammer 40,000 games out there, but if you want a portable version, Freeblade is your best alternative at the moment. Just like in the original, you have an Imperial Knight ready to destroy all enemies you encounter on the way.

The visuals are very well done and the touch screen controls are intuitive enough that you can shoot enemies and switch weapons easily. If you're curious, you can try it through the link.

Clash Royale was developed by the same creators of the popular Clash of Clans and works as a mix of MOBA and Tower Defense. As you can imagine, it manages to be quite addictive, not least because it gets more difficult as you progress.

The cool thing is that you can battle players around the world, having to take down and conquer your towers before they do that to yours. You can download it via the link. 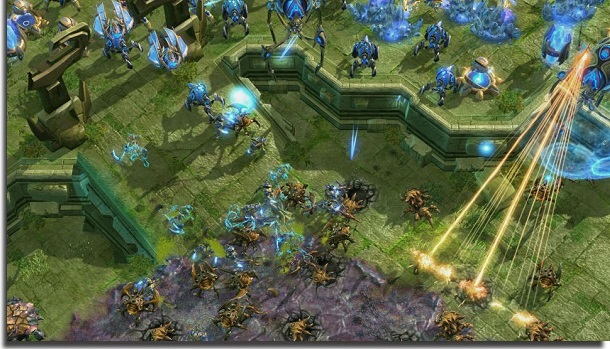 Starcraft II has always been very popular, but it ended up having part of its diluted player community. This happened when other quality games were appearing and being offered for free.

With that, Blizzard decided to do the same and Starcraft II can finally be used at no cost. If you like competitive games with real-time strategy, there is no reason not to try it out. You can check out more about the game on its official website.

Wildstar is another great quality MMORPG game. The game takes place on the planet Nexus, which is being controlled by a race of aliens. This kind of defines the whole story of the game, since the battle of the inhabitants of the planet needs to battle against the aliens to free themselves.

The title combines several elements of science fiction with very vibrant and colorful visuals, which results in a very interesting experience. Really one of the best free games to play at home. If you want to know more just take a look at the link below.

Quite different from most of the games we mentioned on this list, Emily is Away puts you in the place of a teenager who talks to his friends through messaging software. Almost like an ICQ or MSN in the late 1990s and early 2000s.

The whole story unfolds according to what you decide to tell each of these friends, especially Emily. For that reason, it is possible to have several interactions and even different endings, so it is worth playing the game more than once. Find out more through the link.

Dirty Bomb is a first person shooter that has many similarities with other titles in the category. Of course, this does not mean that it is no longer fun, just do not expect anything very innovative. The game focuses on objective-based missions, such as planting a bomb on targets and transporting armored vehicles to a specific location at the specified time.

All of this has to be completed while the enemies are doing everything they can to stop you, which makes things more exciting. You can download the game for free through the link.

Animal Crossing is one of Nintendo's most popular franchises and has also received a free version for smartphones. In it, you assemble your character and you can build a cozy camp full of furniture and items to attract some of your favorite animals from the games in the series.

In addition, it is possible to visit several different areas and your friends' camps. It is a good alternative for those who cannot buy the new main game in the series. You can check out more at the link below. 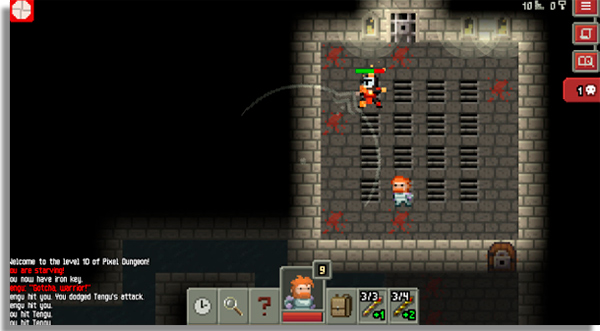 There are numerous roguelike games with a more retro look being released lately, especially for PC. Still, you can say that Pixel Dungeon is one of the most outstanding in this category of free Android games, as it manages to bring a well-balanced gameplay with challenges that become increasingly difficult.

You can play with several different heroes, which are divided into classic RPG categories and you unlock new classes as you progress. You can check out more through the link.

Atlas Reactor is a team strategy game, in which you need to decide your moves and attacks on different turns. The difference is that instead of waiting for your turn, everyone can complete their actions at the same time, which makes the game very fast and intense.

As it is not possible to guess the opponents' movements, it is necessary to think and try to predict any attack to be able to fight back or avoid. Download the game through this link.

If you like the old space shooter games, we recommend that you give Sky Force Reloaded a try. It has a very simple gameplay, but in general it is a challenging and frantic game.

You control your ship with the touch screen and you need to shoot and destroy anything that appears. In the beginning, the enemies are not so many, but the number increases as it progresses.

This is easily one of the best free games to play at home and on your smartphone. If you want to check out more, just take a look at the link below.

If you see anything about Doki Doki Literature Club, you will have a very different impression of what the game really has to offer. It looks like a typical visual novel game, in which the goal is to make one of the characters fall in love with you.

That's all we can reveal without spoiling the surprises that the game has. So we recommend that you download the game and don't be fooled by appearances. Check out more through the link.

World of Tanks is a very different type of MMO, as it has battle tanks as its main focus. Even because it has this different concept, it ends up being quite fun and is perfect for those who like very hectic group games.

Your objective is obviously to battle your tank with other people, but the cool thing is that you have a very interesting customization system to modify your vehicle the way you prefer. One of the best free games to play at home and you can download it from the link.

Did you like free games to play at home?

Did you take advantage of our list to discover some of the best free games to play at home? So don't forget to leave your comment telling us what you think of the suggestions.