Have you noticed that despite being a very popular genre in films, it is difficult to see romantic comedy series out there? This can be very bad for those who are fans of this type of content, because it would fit very well in the episodic style of the series. Fortunately, there are some that fit this mix between comedy and romance, even though it is not so specifically a romantic comedy.

To help you choose a good program of this type, we have separated some of the best romantic comedy series. You can check out our main suggestions below! 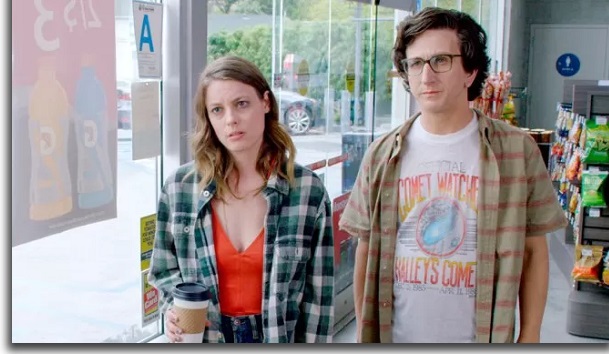 This is not only a great work for those who like romantic comedies, but it is one of the best Netflix series out there. Love shows the unconventional relationship of the protagonists Gus and Mickey.

The two are completely different, but form a very interesting connection with each other. The series has three seasons and definitely leans more towards comedy than romance at times.

It's really a series that everyone should check out, even if you don't care so much about content of this genre.

Our next suggestion is a well-known series. Gilmore Girls focuses on the characters Lorelai and Rory Gilmore (mother and daughter) and their relationships over the years.

The relationship of the two is also very close, so it is common to see them supporting and advising each other. The series had 7 seasons, but Netflix also ordered some new episodes to show what the characters were doing years later.

Since we mentioned an older series, it is also worth recommending Sex and The City. One of HBO's most popular series, it focuses on the diverse love relationships of four friends in New York City.

Each has a different perspective on their relationships and what they want from them. This makes each episode very entertaining, although a little out of touch with reality on occasion.

Speaking of HBO series, here is what is considered almost a new Sex and The City. Girls also tells the story of four friends and their various relationships over the years.

The difference is that if in Sex and The City we saw women in their 30s and 40s dealing with their relationships, here the focus is on girls in their 20s and 20s. Even being more recent, the series also has a more modern look at how it views relationships.

It's definitely more for comedy (and sometimes drama) than romance, but it's worth checking out.

Perhaps the least conventional work on our list of romantic comedy series, The End of the F *** ing World tends to have a much more disturbing tone in some ways. She starts the teenager James believing to be a psychopath and wanting to stop killing animals to murder a person.

That's where he meets Alyssa, with whom he plans to get involved to murder her when he gets the chance. When they run away together, he ends up postponing the murder and starts to feel something for her in the meantime.

A little different from the other sitcoms we present, Will & Grace focuses especially on the relationship of the protagonists who name the series. They are two friends who used to date until Will found out he was gay and couldn't be with Grace.

From there, we see the two get involved in various relationships, but always turning to each other for emotional support. The series is very fun and even had a new season years after its end.

Our next suggestion is the Easy series. She accompanies several people dealing with their problems with love, relationship and work. It has an anthological format, in which we see different characters in each episode.

This is great because you can watch the episodes out of order if you want, after all they are completely independent. For now there are 3 very interesting seasons for you to check out.

8. How I Met Your Mother

Considering that the whole premise of How I Met Yout Mother is about a man telling his children how he met the love of his life, she cannot be missing from our list of romantic comedy series.

Of course, we see the protagonist relating to several women in the middle of it, which is slightly less romantic. Still, the series is very funny and one of the best sitcoms of recent years.

Next up is a British sitcom that couldn't be more different than the ones we are used to seeing. Unlike traditional American series, it has a bolder and less naive footprint.

Still, most of the episodes focus on the relationships of the main characters. This, of course, involves relationships between themselves in many cases.

Considering the huge success it has made, it is quite possible that you have at least heard of Glee. The series deals with a number of different subjects, going into a more dramatic mood at times, but there is a strong focus on romance and relationships in general.

For those who do not know it, the series shows a group of choir of high school students. Even so, it ends up having a very musical theme too, which can make it even more interesting for those who like it.

A slightly older sitcom, Mad About You is another romantic comedy series you can't miss. It featured 7 seasons in its original showing, but won an extra season in late 2019 as well.

It focuses especially on the married life of the protagonists, which creates very different situations from the series that show couples at the beginning of the relationship.

The Good Place is another unconventional series, as it starts with the protagonist dying and going to paradise. The problem is that she will end up there by mistake after living a very selfish life without good deeds.

There, she meets the man who is named as her soul mate and strives to become a better person and continue to live in that paradise. The series has a much more comedic tone, but it also has its moments of romance.

For those who like to watch classic series, you can't ignore Friends. This was one of the biggest sitcoms ever created and is more seen as pure comedy, but it is impossible to ignore that almost the entire series has several episodes focused on relationships and romance.

Be it between the main characters or the secondary ones that always show up in the series. Either way, it's really one of the best romantic comedy series you can find.

Our next suggestion is another old acquaintance of those who like romantic comedy series. Gossip Girl focuses on the lives of some high-class teenagers in New York, something that may seem futile, but that really made the plot of the series more interesting.

Virtually everything that happened in their lives was passed on in gossip by the narrator known as "Gossip Girl", something that developed more in the episodes. If you are looking for something with a slightly different tone, it is worth it. 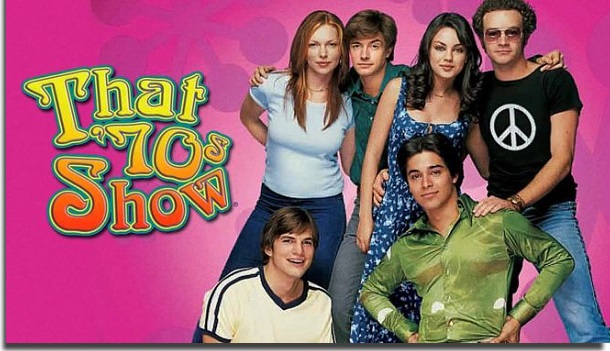 Finally, we have That 70’s Show, which as the name implies, takes place in the 1970s. It shows a group of teenage friends who go through different situations related to the time.

The cool thing is to see them gradually develop and become adults until the end of the series, which had 7 seasons. As you can imagine, they end up relating in different ways, either with each other or with outsiders.

Did you take advantage of our list to see some of the best romantic comedy series you can watch today? So, don't forget to leave your comment telling us what you think.

Also tell us if there are other suggestions and apps for watching movies and series that you would like to have seen here.