Deprecated: sanitize_url is deprecated since version 2.8.0! Use esc_url_raw() instead. in /home/zttdwyac/public_html/knowthisapp.com/wp-includes/functions.php on line 5213
 15 What's New in Windows 11 You Need to Know

After several rumors and leaks, Windows 11 was officially announced by Microsoft on June 24, 2021. Most of the leaks have been confirmed, but there are still new Windows news that have been revealed that you need to know about. This is especially true for those who plan on updating their PC operating system with this version at some point.

If you're curious and want to know what the main new features of Windows 11 are, just check out our guide. Everything you need to know about the update can be seen in detail below!

One of the most obvious aspects that changed from Windows 10 to Windows 11 was the look. While it's not a completely new style, you can tell the design is like a natural enhancement to what we had in the previous version.

This goes for the appearance of windows, widgets, applications and even system folders. Overall, it's a simpler, more fluid and easier-to-understand look, especially for those who aren't so used to using the Microsoft platform.

As soon as you come across Windows 11, you'll notice that the taskbar icons are centered. This is already something many Windows 10 users did manually, although it wasn't an official system option.

Now, you will have the chance to choose whether to keep the icons centered or if they should go back to the left part of the bar. The change turns out to be very interesting, but it's great to know that those who liked the old way can go back to it whenever they want.

Anyone who loves using desktop widgets will be in for a great surprise with this OS update. One of the new features of Windows 11 is that we will be able to use widgets again, an idea that started in Windows 10 with the news and weather dashboard in a recent update.

Fortunately, this new version of Windows will go well beyond that. There will be several types of widgets available from the start, and they can fill the entire screen if you like.

This should help users to have a personalized experience.

If before you had to keep dragging the windows so that they were organized in an organized way on your screen, now Windows will do everything for you. This is one of the most useful new features in Windows 11 for those who like multitasking.

With the multi-window layout wizard, you can directly choose how you want each window to look on the desktop. Then just select which window will be where in the selected layout.

It's all very quick and easier than before, which is even better for those who didn't use this feature because they're too lazy to fix everything manually.

Anyone who loves playing their favorite games on PC can already celebrate the arrival of Windows 11, as Microsoft has promised a special focus for this audience in the update. For starters, the new edition of the operating system will feature an automatic HDR mode.

In other words, you won't need to do anything, just let the auto HDR work on its own in games, even the old ones. As a result, the image quality will improve and there will be greater depth in the colors.

Another new feature of Windows 11 that will interest gamers is the addition of DirectStorage. This functionality serves to bring a much shorter loading time on the games you are enjoying on your PC.

This technology will make your SSD even faster, even those using the 3rd generation PCIe standard.

It may sound strange, but one of the new features of Windows 11 is that it will be able to run Android apps on your PC. The best thing is that you won't have to do anything for this to happen, as the apps will appear directly in the Microsoft Store.

It's still not known exactly how everything will work, but the demo that Microsoft did at the new Windows presentation event was very fluid. You'll also be able to pin the icons of Android apps installed to your home screen.

This is great for using apps or playing mobile games you've always wanted to try out on your PC.

Another very cool news for gamers is that the Xbox Game Pass will be integrated directly into the system. This means that you will no longer have to download an app to use the subscription service.

Other than that, xCloud should also be integrated in the countries where it will be available until the launch of Windows 11. This means that even if you don't have such a powerful computer, you can enjoy the Game Pass catalog via streaming in the cloud.

Another application that will be integrated into Windows 11 is Microsoft Teams. As we know, this service became very popular with the increase of home office around the world after the pandemic, so it makes sense that it already comes natively on PCs.

10. Virtual desktop can have its own wallpaper

If you like to have multiple desktops to separate your tasks well, it's worth knowing that now it will be possible to put a different wallpaper for each one of them. This should help each virtual desktop have its own distinct look.

For those who use the same PC to work, study and play, for example, this can be a great way to separate their experiences.

Another great news that will come with Windows 11 is the fact that the system will be much more efficient and will have a better performance. This includes the fact that it will be faster to surf the internet, to log in with the Windows Hello feature or for the PC to wake up from hibernation.

An advantage that also needs to be mentioned is that Windows 11 updates will also be 40% smaller and will take place in the background. Other than that, Microsoft promises a more efficient use of energy, making the notebook battery last much longer.

Another promise the company has made is that this should be the safest version of Windows. So much so that only computers with the Trusted Platform Module 2.0 security chip, also known as TPM 2.0, will be able to install the system.

12. Not every CPU will be compatible

Not all new features in Windows 11 are necessarily good. One of the problems with this new version of the operating system is that not all computers will be compatible with it.

While most of the minimum requirements aren't as demanding, there's something that will stop older PCs. Only newer CPUs will support the new Windows, such as Intel 8th generation onwards and AMD 2000 onwards.

This means that even if your computer or notebook CPU is slightly new, it may not be compatible with this upgrade. The way, in these cases, will be to continue on Windows 10.

One of the best things about Windows 11 is that it can be purchased for free by anyone who already has Windows 10. This was kind of expected given the fact that the upgrade from Windows 8 to 10 was exactly the same.

There are no more specific details yet, but Microsoft is expected to allow this free update only for some time.

Windows 11 may not have been released yet, but it is already possible to test it in certain situations. We're not talking about that version that leaked too soon, but a test version that Microsoft itself is making available.

Of course, not everyone can have access to this edition, as the company has released the test for those who are part of the Windows Insider program. This program serves exactly for Windows users to test new features and functionality of the system.

If you are not part of the program and want to participate, just go to your Windows settings and sign up for "Windows Insider". 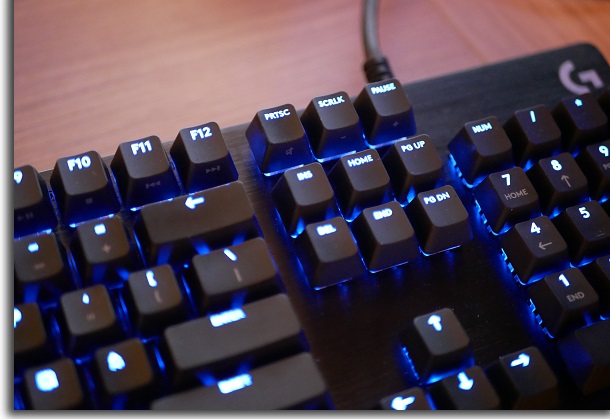 Microsoft has not yet confirmed a specific date for the release of Windows 11, but we already know that it will be released to first users by the end of 2021. There is speculation that the update will be available in October, but this may be for only some people and not for the general public.

The upgrade for those who already have Windows 10 will only happen from 2022, for example. Anyway, the company must release all dates in the coming months.

Did you take advantage of our guide to learn more about what's new in Windows 11? So don't forget to leave your comment telling us what you think of the new version of Microsoft's operating system.

Also tell us if you already know if your computer will be able to run Windows 11 or if it doesn't have a CPU compatible with the update!