While it 's great to enjoy multiplayer games with friends,. Only for those who just want something to play without the obligation to always be online, there are other options we recommend more. Therefore, we set aside some of the best offline games for free.

The good news is that there are games of the most diverse types and genres that you can try this way. If you are interested and want to know the best offline games for free, check out our suggestions below! 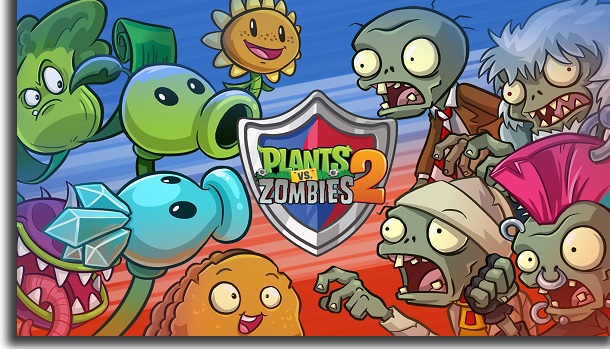 A lot of people must have heard of Plants vs Zombies, after all the original game was very successful on several platforms. Fortunately, your sequel not only manages to be more fun, it's one of the best free offline games you can find.

If you don't know him so well, just know that you need to prevent zombie attacks by using the plants in your garden. Each of the different plants has different bonuses to stop the monsters.

That's exactly what makes this game so challenging and strategic. If you want to check out more, just access the link.

Next, we have a very interesting suggestion for those who like puzzles and riddles. République makes you have to help a girl out of captivity where she is trapped.

To do this, you must hack cameras, help her hide from guards and solve various puzzles. In case you are curious, you can download it on Android and iPhone.

Godus is a great game for fans of strategy or simulation games for PC. In this game, you kind of act like a god and need to build a new civilization the way you prefer.

We already mentioned some games for those who like strategy and puzzle, so it may be that Shadowmatic also interests you. The cool thing is that he uses shadows for his puzzles, unlike what we usually see in other games of this type.

What happens is that you will see shadows of objects on the wall. It is necessary to modify the shape of the objects until they show the shadow of another specific thing. 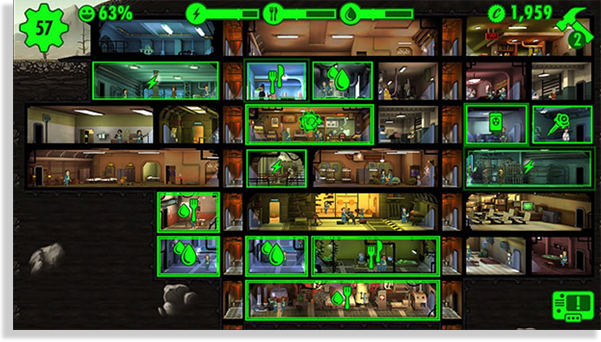 Following our tips for free offline games, we have Fallout Shelter. As the name makes clear, this is more of the games in the Fallout franchise, but it is worth saying that it is much simpler than the others.

This time, you need to manage your own nuclear shelter and the survivors that are with you. You can improve everything, including the skills of other residents.

The best part is that the game can be downloaded on several platforms. Check out more at the link below.

Our next suggestion is for anyone who is a fan of fighting games. The big difference in relation to others of this genre is that it only shows the shadows and silhouettes of the characters.

The fights are all focused on the style of kung fu, another aspect that we don't always see in these games. It is worth mentioning that the scenarios are very colorful and detailed, which makes the characters even more prominent.

Worth a try, so check out more at the link.

Plague Inc. is a very interesting strategy game that even became more famous with the coronavirus. In it, you need to create and spread a disease to wipe out the entire population of the world. All before a cure is discovered.

Several factors need to be taken into account, such as the origin, the symptoms, the way it is transmitted to other countries, etc. It is easily one of the best free offline games for smartphone and you can download it by accessing the link.

Crossy Road is a well-known game for those who love mobile games. Its look and concept are very simple, but we can say that it really is quite addictive.

Your mission is quite simple: cross the street with a character of your choice. The difficulty gradually increases, and you will encounter more obstacles in each stage.

Alto’s Adventure is easily one of the most prestigious mobile games of recent years, despite being very simple. In it, your character travels mountains on a snowboard and you need to guide him safely through various obstacles.

As it has no end, the goal is to try to survive as long as possible. Of course, the further you go, the more difficult the path and obstacles become.

If you liked it, you can download it for free on Android. 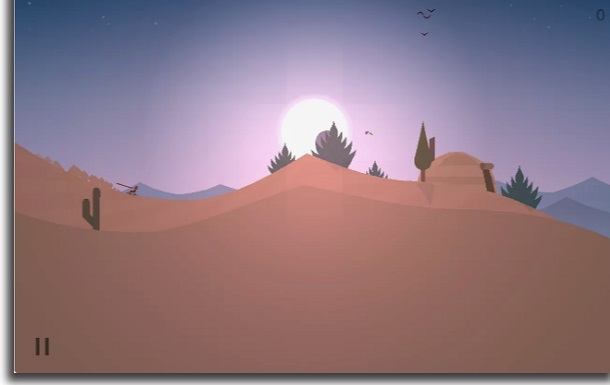 Next, we will recommend nothing less than the sequence of our previous suggestion. Alto’s Odyssey is relatively recent and very similar to its popular predecessor.

The biggest difference is that instead of sliding on a snowboard, you will be surfing the desert sands in this game. Our tip is to try both in order, as they are very fun and challenging.

It is an excellent option for those looking for offline games for free. To check out more, visit the link.

Townsmen is a perfect tip for those who like the mix of simulation and strategy games. Your objective is to transform a small village into a medieval empire.

The best thing is that it is available on several platforms, so you can even choose where to play. It really is one of the best free offline games you can try.

The game can be downloaded on Android or iPhone.

For those who wanted a racing game on the list of offline games for free, we suggest Highway Driver. It puts you up to compete on various tracks, having to dodge normal vehicles and evade cops occasionally.

Unlike some mobile racing games, you can end up overturning with more serious consequences if you can't control your bike properly. You can download it on Android or iPhone.

Flow Free is another good game for those who like puzzles. In it, you must connect several lines, often crossing between them to proceed.

But at each level, the difficulty goes up a lot until you find very complex levels. The best thing is that Flow Free offers more than 2500 levels and has more than 100 million downloads on Google Play. If you want to play, visit the link to download.

Badland is kind of like games like Flappy Bird, Limbo and Angry Birds, but it still has its own personality. In it, you control several creatures that have to pass many obstacles that require care and strategy.

The look of the game is very beautiful and all the physics of the characters is even fluid and realistic. Considering that this is a game very focused on its movement, it only makes it better

This may not be the latest game in the Asphalt franchise, but it's one of the best free offline games you'll find for smartphones. The other titles end up requiring an internet connection, which makes them much more limited.

With Asphalt 8: Airborne, you have dozens of different cars, more than 40 tracks and very realistic visuals for a mobile game. If you are interested, just check the link.

Continuing our offline game suggestions for free, we have Emily is Away. The game essentially puts you in the shoes of a teenager who talks to his friends through messaging software.

Nothing like the current messaging apps, but more like the old ICQ or MSN. The whole story goes on according to what you say to each of these friends.

The interesting thing is that it is possible to have several interactions and even different endings, so it is worth playing the game more than once. Learn more by accessing the link.

The next tip on our list is Prune, a game in which you watch a plant grow. But it is clear that the game is much more than this simple premise.

Its main focus and objective is to cut the branches so that it can grow towards the light instead of the shadows. The cool thing is that the game has 50 levels and it gets more and more challenging over time.

You can download it for free on Android at the link.

Another cool tip we can give you is Orbia. It is essentially an Arcade game in which you have to make your character jump through space with taps on the screen.

The interesting thing is that the game's difficulty increases gradually. This way, it gets more and more complicated as you go up with the character.

Other than that, it's very relaxing, so it's one of the best offline games for free to pass the time. You can enjoy it on your Android!

Here we have another game based on a famous game franchise. If you like the Deus Ex series games or have always been curious, here is the chance to play a completely free game that works without internet.

This is a tactical board game and in turns, so it's kind of different than expected, but quite fun. Basically, you will solve puzzles to prevent your character from being killed.

If you want, just download the game on Android or iPhone.

To close the list of offline games for free to pass the time, we have Kindgom. It is perfect for anyone who likes tower defense games and is extremely popular with Android users.

In this game, you use different types of towers, as well as heroes to defend yourself from enemies. These enemies go their way and you can't let them make it to the end alive.

If you're interested, check out more on the Google Play Store.

What did you think of offline games for free?

Did you like our free offline game suggestions to pass the time? Just don't forget to leave your comment telling us what you think and if there are others that you would like to see here.

And if you like to print or save games on your computer, we recommend that you take a look at our guide on PC temperature. So you make sure that your PC is not working beyond its limit.