We know that Netflix is ​​one of the best apps for watching movies and series and the amount of content it offers is huge. The problem is that it just makes it harder to choose what to see next. That's why we've set aside no less than 20 Netflix series to watch now.

They are classic series, of great quality or that simply made so much noise that it is worth checking out. You can check our full list below! 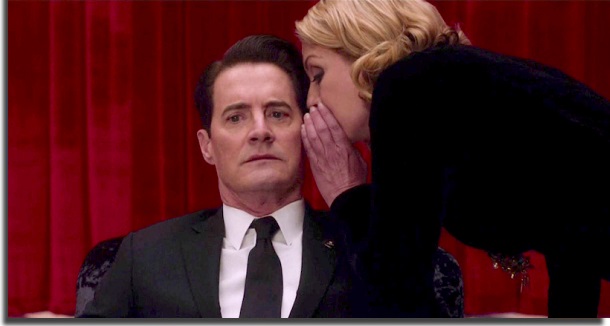 Our first option is already untraditional, after all, Netflix has only the third season of the iconic Twin Peaks. Considering that this season was made more than 20 years after the last one, until it makes sense.

If you are a fan of the first two seasons or if you can watch them before, there is no way to leave this series aside. She focuses especially on the murder of teenage Laura Palmer in the small town of Twin Peaks.

What should be a simple investigation shows that there are more mysteries in the city than anyone could imagine. It is worth mentioning that this was one of the first TV series to be taken seriously, as it was created and directed by the renowned David Lynch in the late 1980s.

Bojack Horseman is one of the most interesting animations on Netflix. It tells the story of a humanoid horse that used to be the big star of a 1990s sitcom.

Almost 20 years after his peak, he does his best to try to renew himself after years of just abusing drinks and self-deprecating behavior. This is one of the Netflix series to watch now without any doubt, but it can be a little depressing.

3. The People against O.J. Simpson

Anyone who lived in the 1990s or is simply interested in famous cases must have heard of the O.J. Simpson trial. Accused of killing his ex-wife, his case became almost a media circus and sparked much controversy at the time.

This series uses all the material available to recreate the investigation and judgment with maximum fidelity (but still with touches of fiction, of course). Definitely one of the Netflix series to watch now and without thinking.

Imagine being accused of a serious crime you did not commit, spending almost 20 years in prison unfairly, being released and charged with another crime shortly after. It may seem like a plot in a great fiction series, but it is a true story.

It is told in Making a Murderer, one of Netflix's first documentary series. It tells the story of Steven Avery, who had the exact fate we told above.

Believe it or not, he is still in prison accused of a murder he says he did not commit. Of course, it's a difficult case to judge, but that doesn't stop you from marathon the series.

Black Mirror started with a small British series that was canceled after two seasons. Fortunately, Netflix recognized the great quality and potential of the series and acquired it for its catalog.

Not only that, but also ordered several new seasons, which you can follow on the platform. The episodes are individual and have only the theme of technology in common.

6. Orange is the New Black

Orange is the New Black was one of the first series produced by Netflix that were really successful. She focuses on prisoner Piper spending her first months in jail, but ends up showing more about the other women there later.

The episodes are very interesting and have a good mix of humor and drama between them. Almost all of them show the lives of prisoners before they are arrested, which always yields good stories.

Glow is still not as well known as the series we mentioned above, but it is very good. It takes place in the 1980s, telling the story of the creation of a women's wrestling TV show.

Although the focus is on the entire process of creating the program, the series shines even more when it shows more of the actresses who took part in the project. The series already has three seasons, so there's a lot to see.

Stranger Things, on the other hand, does not need an introduction, such was the success of its release. Following in the footsteps of Twin Peaks, she also focuses on a small-town mystery in the 1980s.

Despite not being so original, she managed to win over a large audience due to the style of films like Conta Comigo and Goonies in which she was inspired. Worth checking out, if only out of curiosity

The Witcher is easily one of the Netflix series to watch now. It is one of the most recent on our list and is based entirely on the well-known franchise of books and games.

In it, we follow the life of the wizard Geralt de Rivia and his various journeys. The series is already very successful and has until the next season with the guarantee of being produced.

This is one of the Netflix series that you should definitely have heard of. Even if you haven't watched it yet, it's almost impossible to escape the articles, posts, videos, memes and comments made about it on the internet.

The Spanish series shows a robbery at the Mint with thieves of very distinct and special abilities. During the episodes, we see their motivations, how they deal with the situation, their relations with the hostages, etc.

The Good Place is an interesting option that has already started in an unusual way. The protagonist dies and goes to paradise by mistake after living a very corrupt life.

As you can imagine, the series is very funny, something we don't see so often on Netflix. So it is worthwhile for those looking for a good-natured marathon.

The Crown is not only one of the Netflix series to watch now, but is considered one of the best on the platform. She always wins several awards and is highly praised by expert critics.

If you don't know her, just know that she focuses on the history of the British royal family, especially Queen Elizabeth II. The cool thing is that they show their life since they were 20 years old, a period that many of us have never known even superficially.

Each episode shows several historical facts and people important to English politics. It may not seem so interesting at first to some, but we guarantee that when you start, you will not be able to stop watching.

Sex Education is really one of the Netflix series to watch now. It was very successful in its launch and already has new seasons guaranteed for production in the coming months.

His plot is straightforward: after spending his life listening to his mother (a sex therapist) talk about sex, teenager Otis doesn't have much interest in the subject. Still, he offers his knowledge in the form of advice to schoolmates.

It's a very interesting series, which can be funny and touch delicate subjects in a relaxed way. It is worth watching to be distracted.

The Umbrella Academy is based on a comic book of the same name. But she doesn't tell the story of superheroes the way we're used to Marvel and DC.

She ends up being a little more cynical in her view of heroes and villains, in this case. The plot itself shows a group of individuals born by surprise on the same day and with special abilities.

Some of them were adopted by a billionaire who wanted to help them save the world with their skills in the future. After years apart, they come together to try to find out what (or who) caused the death of the man who created them. 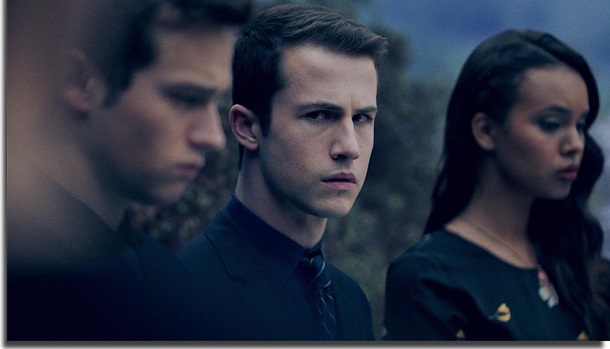 13 Reasons Why is another one of the Netflix series that has made quite a success and noise, especially for the sensitive themes on which it focuses. She follows the story of several teenagers after schoolmate Hannah Baker commits suicide and leaves tapes citing her motives.

The series already has three seasons and has a new one in production. Just remember that the work has many triggers for dealing with very difficult situations.

Without a doubt, Maniac is one of the most different series you can find on Netflix. She has an exquisite cast and fantastic performances, but it is her plot and her unique style that draws even more attention.

You can't reveal much without ending up with spoilers, but the story follows two young men who agree to participate in testing a new drug. It promises to help heal people's minds, whether it's trauma or mental problems.

During testing, drugs lead patients to different alternative realities for each one. The exception happens only with the protagonists, who somehow always manage to find themselves in all these realities.

The series had the whole story told in just one season, so it's pretty easy to follow. Whether out of curiosity or real interest, it is certainly worth checking out.

Narcos is also known for being very successful and being one of the first non-American standards to achieve this on Netflix. For those who do not know, it addresses the lives of some of the biggest drug dealers from the 1980s onwards.

The first seasons focus on Pablo Escobar, but then they move on to other great figures in the medium. The series is very intriguing, especially for those who like dramas based on real events.

In case you didn't know, this series is derived from the famous Breaking Bad, but it doesn't lose anything to the original. It tells the story of lawyer James Morgan McGill, years before changing his name to Saul Goodman and working for Walter White.

Although not entirely necessary for fans of the series, it is actually one of the Netflix series to watch now. The cool thing is that since it deals with events before Breaking Bad, you don't even need to have watched another series to enjoy it.

19. The Curse of the Hill Residence

I couldn't fail to mention one of the only Netflix horror series around here. The Hill House Curse shows the problems caused by a family after spending only a few months in an apparently haunted house.

The events are divided between the current era and flashbacks at the residence. The interesting thing is to link what happened there with the current times little by little, since everything is revealed in each episode.

Of course, not only horror fans who get a series suggestion on our list. For those who prefer a tense suspense, we can easily recommend “You” as from the Netflix series to watch now.

The plot is very simple, but effective. She tells the story of a bookstore manager who is obsessed with a budding writer. He uses several resources to become closer to the girl and does everything to get rid of whoever gets in his way.

It has been very successful since its launch and is a good bet for anyone who wants to watch new series.

Did you like the Netflix series to watch now?

Did you take advantage of our list to find good Netflix series to watch now? So don't forget to leave your comment telling us what you think and if there are other series that you would like to see on our list.