All about iPhone 12: 10 irresistible details

Even in times of pandemic, Apple users have not stopped showing enthusiasm for the company's new releases. Of course, that included the iPhone 12, the latest smartphone from Steve Jobs' old company. In case you are one of the many who want to know everything about iPhone 12, you've come to the right place.

We have prepared a detailed list of the top 10 facts and details about the device. So, to find out about the new device, just check out our list right away! 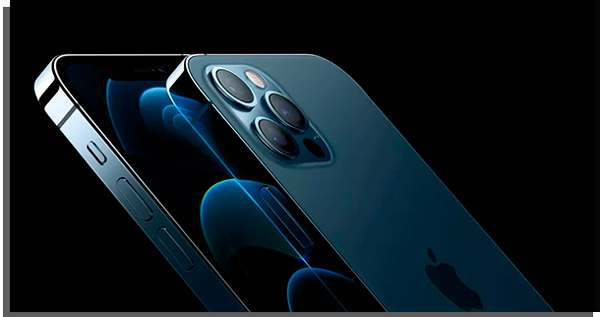 You can't start talking about the iPhone 12 without mentioning its design. Especially since it has a subtle change, only very welcome for old Apple smartphone fans.

If you look closely, it has a very rectangular appearance and with flattened corners instead of leased as in the previous ones. This means the return of that classic and elegant look of the iPhone 4 and iPhone 4s.

Certainly, one of the favorite designs of veteran users of this smartphone. It was also a good way to give a new look and draw the attention of potential new consumers.

If we talk about the design of the iPhone, it is clear that you can not fail to notice the display that occupies almost all of its front. The device still has the notch on the top for the camera and some sensors, but otherwise, there are no edges.

The processor is another detail that cannot be missed by anyone who wants to know more about the device. According to speculation, the new smartphone actually comes with the new A14 Bionic chip.

It is very recent and was only seen on iPads that were announced this year, to get a sense. The company guarantees that this is nothing short of the fastest processor ever seen on a smartphone.

And even without Apple having officially revealed this information, it is already known that the iPhone 12 has 4 GB of RAM. This is less than what we see in intermediate smartphones today, but the optimization that Apple manages to do must equal its performance to that of premium devices. 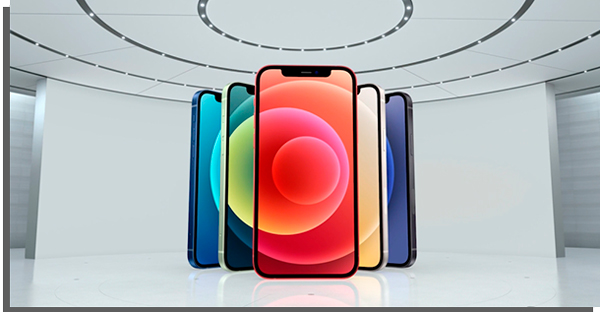 Another fact that cannot be ignored is the storage space that we find on the iPhone 12. This is what really determines the price difference between the different models of the iPhone, so it is a significant detail.

And as there is no entry to insert a memory card in the iPhone, the storage that comes is what you will have forever with the device. Currently, you can buy the iPhone 12 with 64 GB, 128 GB or 256 GB.

There were hopes that Apple would ignore the 64 GB version, which is considered very limited these days. Unfortunately, this only happened with the Pro models, which we will address later.

If you choose this smaller version, it may be better to save your photos and videos in the cloud.

If in the past the iPhone offered very limited colors in its models, the same does not happen with modern versions. So, to know everything about iPhone 12, one must keep in mind that the colors offered are black, blue, green, red and white.

It is worth mentioning that if you want the Pro model, the colors are not the same. In this version of the device, you can choose between blue, gold, graphite and silver, all of which have a metallic aspect.

We know that the iPhone 12 camera is one of the most interesting subjects for anyone who wants to know everything about it. In this regard, Apple is not offering great innovations, but still brings great quality cameras in the device.

If you like smartphone photography, be sure to check out our tips on secret photography apps!

For Mac users, MagSafe technology is nothing new. In addition, many really expected to see it again on newer devices.

But what nobody expected this technology to appear on the iPhone 12. Basically, with MagSafe chargers, you can recharge your iPhone 12 wirelessly and very quickly.

Since there is no charger in the iPhone 12 case, the more charging methods we have, the better.

There were already rumors about the iPhone 12 being the first Apple smartphone to support 5G networks. So it wasn't that surprising when it was announced.

Of course, because it is recent and it is still becoming popular, it will take a while for you to be able to use these networks frequently. Still, it's great that you already have this on your iPhone for the future.

If you are planning on using the same model for many years, this is even more so.

As we mentioned earlier in other topics, the new iPhone has more than one version. Basically, apart from the common model, we have the iPhone 12 Mini, iPhone 12 Pro and iPhone 12 Pro Max.

The iPhone 12 Mini is just a slightly smaller version, for those who prefer a more compact smartphone. The iPhone Pro and Pro Max have more RAM, have a 12 megapixel telephoto lens on the rear, more battery life and better storage options.

While the iPhone 12 Mini is cheaper than the normal version, the Pro and Pro Max models are much more expensive. The good thing about so many versions is that consumers end up having more options than in the past.

If you want to know more details about the iPhone 12 and its differences between the other versions, you can access the link and check our complete guide on the subject.

Finally, there is no way to avoid the price of the smartphone. As expected, there is an increase compared to previous models, possibly to match the cost of its main chains and maintain the idea of ​​a luxury brand. Moment to know the price of the iPhone 12.

Below, we will mention not only the original prices in dollars, but the official prices in Brazil, which were recently revealed. Check it out below:

Despite being a very expensive smartphone even in the USA, you can see that the situation here is much worse. Part of this is due to the fact that the dollar is so high against the real.

With that, the way is to expect a promotion or lower prices from outside stores.

Did you take advantage of our list to know everything about iPhone 12? So don't forget to leave your comment about what you think of the new device and if you think it is worth buying it.

And if you have doubts if your iPhone won't turn on or if your iPhone doesn't charge, don't forget to check our guides on the subject when accessing the links!