Apple and the launch of Iphone 13: what to expect?

What tends to be Apple's biggest launch event was announced, an online event to be held on September 14th, next Tuesday.

O "California Streaming” ças it was titled, will be held from the company's headquarters in Cupertino, California and broadcast live on the official page and on Youtube, like the last events held in the previous year. 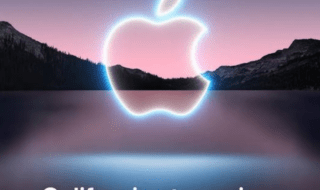 Although not confirmed, it is expected the release of Iphone 13, which, according to reliable sources, will include displays with 120 Hz refresh rates, support for connection to LEO satellites for some situations.

Other speculations refer to the "Apple Watch Series7"which should bring a revamped design that will include a much larger screen. They are also assumed to come with new sizes, 41mm and 45mm boxes.

regarding MacBooks Pro, and your tablet iPad, AirPod and a Mac mini some updates are suggested.

Apple is already preparing for the increase in this demand for products, expanding the production process, which suggests many new features.

What can we expect from this new line?

Due to the various rumors, we have in mind what is to come in terms of features: