Bluetooth speaker: the 10 best and cheapest

Whoever likes to listen to music always ends up looking for a good Bluetooth speaker so they don't have to depend on the sound of their smartphones or computers. It is also a good idea for those who do not want to be listening to their favorite songs only on the headset, for example. The big problem is that speakers of this type can end up coming out at a very steep price.

Therefore, we decided to separate the best options that can be found at a good price. Of course, a Bluetooth speaker can still be more expensive than most accessories you could ever want for your cell phone or PC. But with that in mind, you can find a good cost benefit in the options that we separated below. Check out! 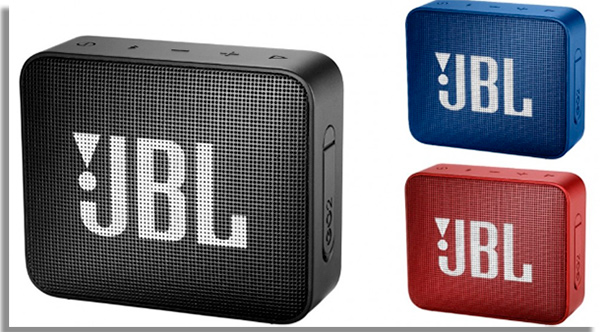 Our first option is soon from one of the most famous brands for those looking for a Bluetooth speaker. The JBL Go line is not exactly a speaker suitable for large parties, but it is perfect for gathering friends in a bedroom or living room.

It allows for 5 hours of battery life playing at a moderate volume and has a built-in microphone for listening and speaking during calls. On average, the device costs around R $ 125.00.

Next, we have an excellent Bluetooth speaker from the Ultimate Ears brand. The UE Boom 2 is not the most advanced model on our list, but it still delivers good quality reproductions.

It is waterproof, its speaker is 360 °. That is, the sound is reproduced in all directions. Its battery lasts up to 15 hours under normal conditions and can be connected to up to 8 devices simultaneously.

Its price in Brazil is also more affordable, costing around R $ 500.00 in online stores.

Right after that, we have another suggestion from Ultimate Ears, the UE Roll 2. This is a Bluetooth speaker more compact than the other speakers from the brands, so it can be a good alternative for those who want to transport the box to various places.

With a battery that lasts up to 5 hours, it is a portable option for trips, but not so much for parties. It can be easily placed in a purse or backpack, making it the most viable option for those who are always on the street.

Next, we have another tip from the same brand. The UE Wonderboom is a device that has total protection against water, making it ideal for a day at the pool. You can even leave it floating in the water!

With a power of 10W, it also guarantees sound at a good volume without distortions and with a good capacity to reproduce bass frequencies. Its only however is not so uncomfortable: the lack of a built-in microphone to answer calls.

It is also an interesting option for those who cannot invest in speakers like those of Bose. In Brazil, the EU Wonderboom costs an average of R $ 400.00, but you can find it for less.

Now if you need power and want to party at a good volume, the UE Boom 3 may have found your ideal Bluetooth speaker already in the first option.

Withstand high volumes without distorting the sound, the device is so light that it is hard to believe that it holds so much impact. In addition, it has protection against water and dust.

UE Boom 3 also has a button that allows you to play your favorite playlist without any major problems. It is worth saying that it is one of the most expensive on our list, since it can cost R $ 850.00.

Returning to the most economical devices and focused on the cost and benefit ratio, the Pulse Bluetooth speaker can be an interesting option.

The SP222 is compact and has a handle, which can be taken on trips without problems. Along with that, it brings subwoofer 4-inch – divided into two 2-inch outputs each – offering 20W power when playing your favorite songs.

In addition, the Pulse SP222 allows you to use memory cards and brings FM radio. Its setback is due to the battery, with 6 hours of continued use in moderate volume. Its price is in the range of R $ 220.00

The Sony SRS-XB20 is the next Bluetooth speaker we can suggest. An updated version of Sony's Bluetooth speaker, it brings better bass, sound quality and reaches higher volumes without distortion.

Although more modern, its battery does not last as long as the previous version. While the XB-10 has a battery life of 16 hours, the XB-20 supports only 12 hours before having to go to the charger.

The device also features the Extra Bass function, which improves the bass capability. The Sony SRS-XB20 is available on the market for around R $ 440.00.

Our next suggestion is perfect for those who want a Bluetooth speaker that is much more portable than the average. The Bose Soundlink Micro can even be carried in your pocket without any major problems.

Among the devices of its size, the Soundlink Micro is the one that reproduces sound with the best quality. The setback is due to the battery life, less than that of its more robust brothers. It comes with a built-in microphone and is waterproof. Its price is around R $ 650.00.

More robust than the JBL Go, the Charge 3 has an unusual function. In addition to playing music and not using wires as expected from a Bluetooth speaker, the device also serves as a powerbank, charging your cell phone.

If you choose not to use it as a powerbank, you can spend almost an entire day listening to music with your Android or iPhone. The JBL Charge 3 supports 20 hours of playing at a moderate volume.

It is worth noting that it also has a good ability to withstand high volume without distorting its songs. The JBL Charge 3 is sold for approximately R $ 600.00. 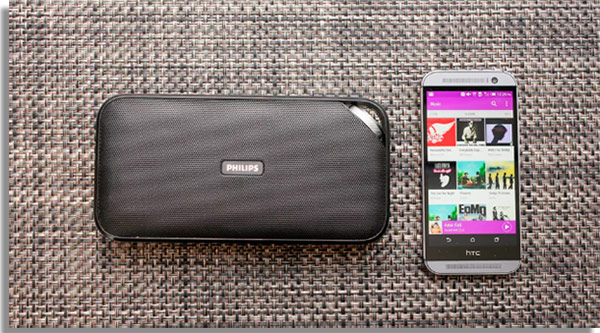 To end our list, we have the only Bluetooth speaker from Philips, the BT3500 won its place by bringing good sound quality and reasonable price. In the range of R $ 375.00, it can be used at high volumes with little or no distortion.

It stands out for its lightness and ease of charging, with the counterpart of the battery life, which takes only 5 hours to finish. The BT3500 also has a built-in microphone for calls.

Have you found a good Bluetooth speaker?

Did you take advantage of our list to find a perfect Bluetooth speaker for your need? So don't forget to leave your comment telling us what you think of our suggestions.