Clubhouse: the social network of audios that is giving the talk

It is not uncommon for new social networks to appear over time, but not all of them end up attracting so much attention. Surprisingly, a chain called the Clubhouse seems to have broken that pattern and has stood out a lot in recent days. Except that even though you've heard of this social network, it's quite possible that you don't know much about it.

In order for you to be well informed, we have separated the main information currently available about the Clubhouse. If you're curious, you can check out our complete guide below!

What is the Clubhouse? 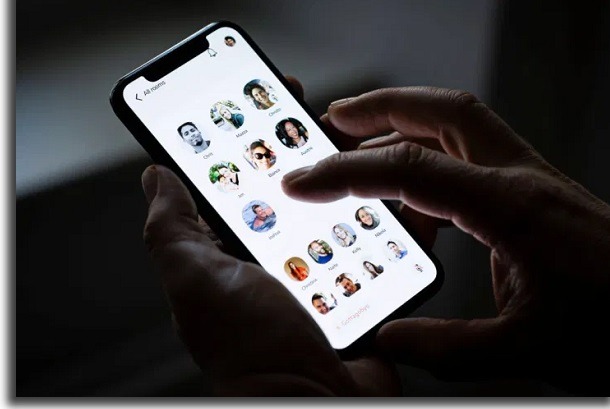 First of all, it is good to focus more on what the Clubhouse is. We know that this is a social network, but other than that, there are still many questions about how it works, who can use it and more.

Instead, the Clubhouse works only by voice chat, almost in a similar way to Discord, for example. Quite different, isn't it?

So let's find out how it works!

How the Clubhouse works

We already mentioned that this network works by voice chat, but this can seem a little confusing at first. Like Discord, the Clubhouse has group chats in which several people can communicate.

But unlike other platforms of this type, you cannot send photos, videos or text messages. In these chat rooms, there is also a very interesting scheme for dividing users.

Think of something like a podcast taking place live and that you can join the room without commenting. Only of course, this can be used for live calls, study events, work events, debates, etc.

You can even arrive and check the rooms that are under discussion. To enter these rooms, also called clubs, you just have to click on the chosen one and you will be listened by default.

If you want to speak, you can notify the chat moderator, who may or may not accept this request. It is worth mentioning that up to 5,000 people can enter these chat rooms at once.

This is what makes the social network so unique and so interesting for people who are used to other types of platforms. It cannot be denied that this is a very new and focused concept.

How to enter the social network

Having a better sense of how the Clubhouse works, you can already be excited and wanting to join this network. Unfortunately, this is not a simple task, since not everyone can enter it yet.

As the app is still in beta, you can only enter and create your profile if you receive an invitation. If you remembered how things worked at the beginning of Orkut, this is exactly how Clubhouse works today.

If you are wondering how to get these invitations, this is exactly what we will talk about next.

How to get invitations

The Clubhouse invitation scheme is probably only due to the fact that the app is still in the testing phase. For that reason, it is not something that should last for that long, so you can say that sooner or later, you will be able to join the social network.

Only if you are interested in participating in this beta period, the way will be to get such an invitation. It depends only on knowing a user who can invite you and nothing else.

It is worth saying that each user receives no less than 2 invitations as soon as he enters the Clubhouse. It is a limited number, but it is enough for the user base to grow quickly. 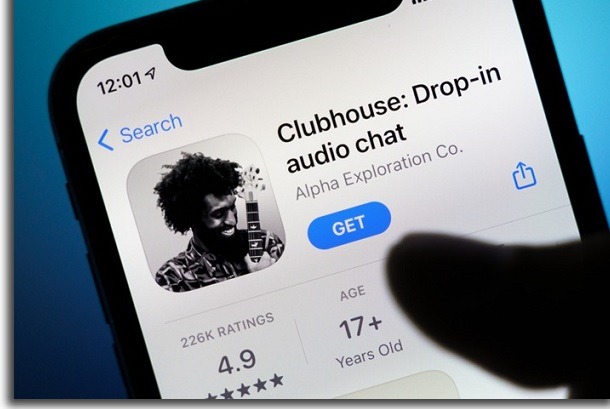 Let's say that you can even get an invitation because you know someone who is already using the Clubhouse and can put you on the social network. Even in this case, there is the fact that the app is not currently available for any operating system.

At the moment, the app can only be found for iOS devices on the App Store. So, you will only be able to use the Clubhouse if you have the invitation and if you have an iPhone as your smartphone.

There is still no news of a version for Android devices or even for computers. Considering that the social network would be extremely limited only on the iPhone, it should not be long before new versions appear, but it is all a matter of time.

Knowing everything that is possible about the Clubhouse today, you may also be wondering where the popularity came from. After all, social networks of much larger companies ended up having none in the past.

The truth is that there are two major factors that contributed to this phenomenon. The first is that many Chinese people knew about the app right from the start and started using it immediately, which has already brought a huge number of users to the social network.

The second reason is that as soon as the app started to attract attention, several personalities also decided to try it out. As these celebrities talked about the app publicly, it didn't take long for their followers to want to try the Clubhouse too.

To get a sense, even Elon Musk and Mark Zuckerberg have already tested the app, which gave it a lot of prominence. Other than that, just the fact that the app is exclusive and works on the basis of invitations is enough to make many people interested.

Did you take advantage of our tips to learn more about the Clubhouse and how the social network works? So be sure to comment telling us what you think of this news and if you would like to participate in it.