Fire TV Stick vs Chromecast: Which is Better?

While Smart TVs are dominating the TV market with multiple inclusive apps and internet connectivity, there is another slew of devices that promise to do much more with regular TVs. They are small, Pen Drive-like gadgets that can stream content directly to your TV over Wi-Fi. So you don't have to depend on what your Smart TV offers natively or worry about buying a new model if it is. an ordinary TV. Currently, the big battle is between Fire TV Stick vs Chromecast.

Basically, the streaming device from Amazon and Google respectively. Both are cheap, easy to use and very versatile in their use. But that's why the question arises: After all, which one is better? To find out, you can check our comparison of the two below! 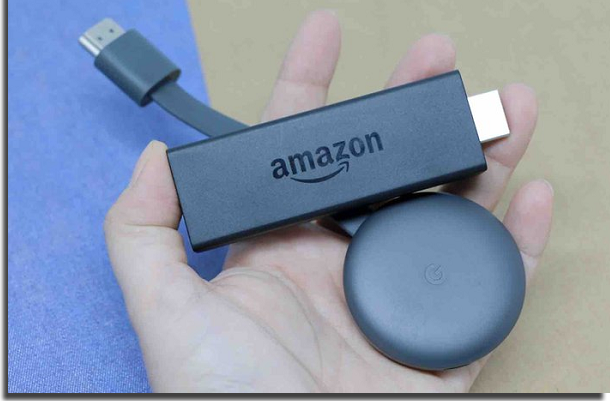 While the Fire TV Stick looks like a simple flash drive with an HDMI connector, Chromecast has had a few different designs depending on the model. In the latest version, Chromecast 3, it has a thin circular base and an HDMI cable to be connected to the TV.

In this case, the Fire TV Stick may be a bit restrictive depending on the position of your TV and its distance from the wall. Since it has a longer solid body, it may be difficult to fit, but nothing too bothersome.

Already Chromecast 3 has flexible wire with HDMI connector, which already solves this possible problem. Other than that, its circular part is magnetic and can stick to any area of ​​the TV. They're both pretty, but it's not something you'll see beyond the moment you connect them to the TV.

Although they look very similar in operation, the two devices are a bit different. To use them, simply connect to the HDMI on your TV and perform the initial setup that appears on the screen right away.

For Chromecast, you'll use the Google Home app on your mobile device to connect your device to your location's Wi-Fi network. All other control of Chromecast is done by the mobile, including content that will be sent for broadcast.

The Fire TV Stick comes with a small remote control. It is through it that you will give all commands and configure the device after it is connected to the TV.

This means that while you need to have apps installed on your phone to cast on Chromecast, you will install apps and games directly on Fire Stick TV. It even has 8 GB of internal storage for this.

For content, virtually any video and photo app or site can be streamed to Chromecast. It's a great way to mirror your smartphone screen, essentially.

Fire TV Stick supports many apps and games and is not dependent on your smartphone. Despite the disadvantage of not being able to mirror almost everything from your phone, it means you can even install a web browser and games like Final Fantasy on it.

On both devices, you'll be able to stream content from Netflix, HBO Go, YouTube, Twitch, Crunchyroll, and more. Of course with Fire TV Stick, you have the advantage of streaming Amazon Prime Video content directly from your device.

In terms of interface and ease of use, the differences are large. Chromecast only displays one type of wallpaper on your TV when nothing is being broadcast on your phone.

Fire TV Stick shows all installed apps, as well as an icon for installing new ones. All controlled by the remote we mentioned earlier.

If you like simplicity, Chromecast will please you the most, as it shows nothing but what is broadcast. If you prefer to have the experience of having all apps on the screen the chance for customization, Amazon Stick is the best option.

The price of the two is not that different for what each offers. You can find Chromecast 3 between 200 and 300 reais depending on the store you want, for example.

Fire TV Stick, on the other hand, can be found for around $ 289 when not on sale.

The good news is that both Fire TV Stick and Chromecast can be officially found in Brazil. In the case of Chromecast, it is sold by many different stores, both in physical establishments and on the internet.

Fire TV Stick, as expected, can easily be found on Amazon with free shipping. 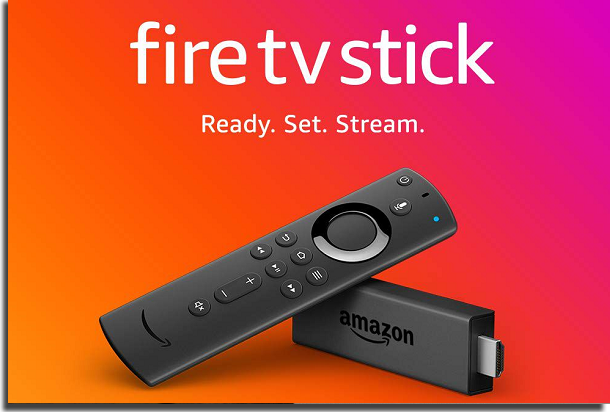 You can see that in the match between Fire TV Stick vs Chromecast, there are similarities, but certain usage differences, isn't it ?! Each ends up being more profitable depending on the user.

We recommend Chromecast more to anyone who just wants to easily mirror their smartphone screen. You won't have to deal with menus, app installs and any of that. It will be a simple tool to integrate your mobile phone into your TV.

Fire TV Stick is for those who really want a differentiated content hub on their TV. You install the app once and you can use it anytime without your smartphone all the time.

Other than that, it still has the advantage of having mobile games available among the supported apps. The recommendation is for users who want something more eclectic for everyday life.

What did you think of Fire TV Stick vs Chromecast?

Did you know more about the devices in our Fire TV Stick vs Chromecast comparison? Be sure to leave your comment telling us what you think about them and which one caught your attention.