How to format the Pen Drive? [Guia Completo]

Although there are several ways to store your data on cloud services, some prefer to have physical devices for that too. In such cases, a Pen Drive ends up being one of the best options, since it is small, can have enough space available and is compatible with any computer that has a USB port. Except that an important thing to know is how to format the Pen Drive.

This can help you not only clean an old Pen Drive from old files, but it can also solve any problems it may be having. Other than that, it is a way to change the system you want to use. If you want to know more about it and learn how to format the Pen Drive, just check out our guide below! 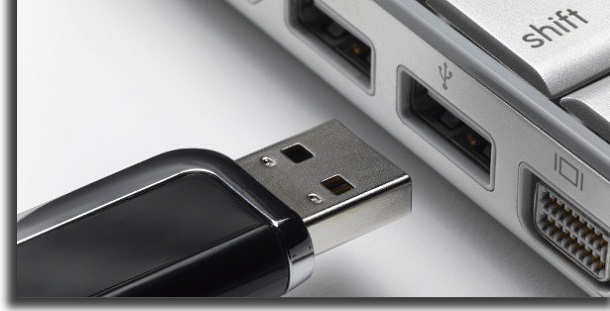 Well, before we introduce you to the best way to format the Pen Drive, it’s worth mentioning the file systems you can choose when formatting. There are three systems you can use: FAT32, NTFS and exFAT.

FAT32 is the oldest of the three, having been introduced in Windows 95. Even for its older age, it is also the system that most supports file formats.

Even being so old, this is usually the standard of most Pen Drives. The biggest disadvantage is that it is not possible to transfer files larger than 4GB to a Pen Drive formatted on this system.

If you don't have files of this size, it shouldn't be a problem. The bad thing is that there are many films and even games that exceed this limit, so it is good to keep an eye out.

NTFS is also very old, but it only started appearing on Windows to the general public from XP. It allows you to check all changes made to a file, which makes it much easier to restore if something goes wrong.

Other than that, there is almost no limit on the size of files or even partitions. Even so, many people use this system on HDs or SSDs on which Windows itself is installed.

For devices like a Pen Drive, it’s not used that much. After all, the life of the device that has so much movement in this system (as a Pen Drive would have) ends up being shorter.

Finally, we have exFAT, which is the newest system available. It first appeared in 2006 on Windows XP and Windows Vista systems through updates.

It is basically a system aimed at devices like the Pen Drive, which has a high file exchange and usually has a smaller space than HDs. Its big difference from FAT32 is that it does not have so many limitations with file sizes.

Its biggest disadvantage is that it is not compatible with certain older devices. Some older versions of Mac and Windows do not work with it, and older consoles like the PlayStation 3 and Xbox 360 also have this problem.

How to format the Pen Drive

Now that we know a lot more about the file systems that your Pen Drive can have, it's time to format it. In this case, we recommend that you choose the system that best fits your type of use.

Well, to start formatting, insert the Pen Drive in your computer and open the file explorer. Choose the "This computer" option. 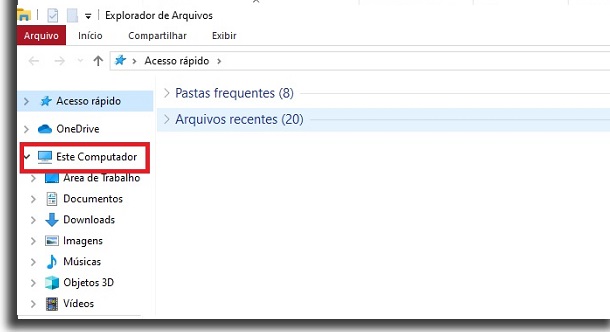 Then click on your Pen Drive icon with the right mouse button. 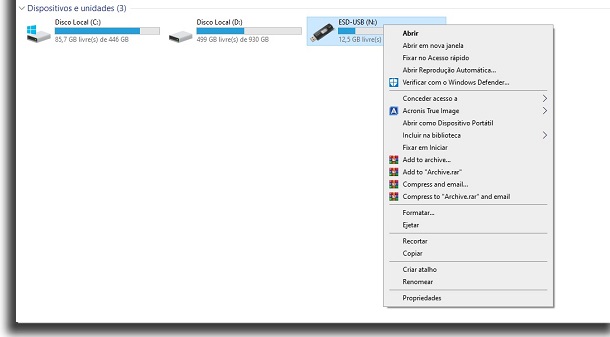 You will see that there are several options. To continue, click on the "Format" button. 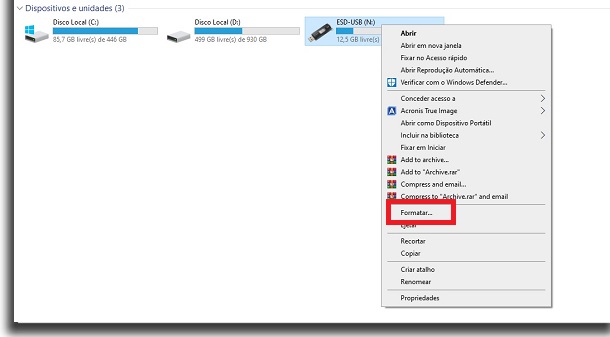 Now, a new window will open with the main formatting options. You must at least choose the file system format and you can rename the Pen Drive if you wish. 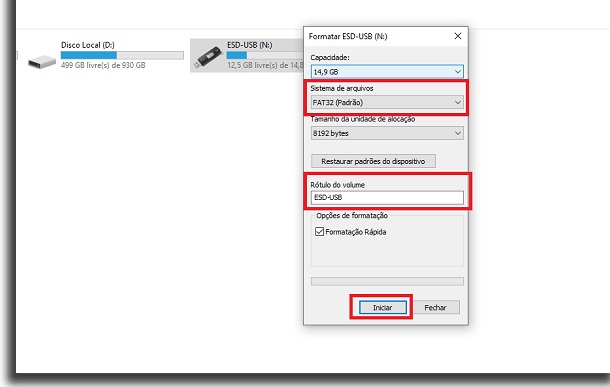 With everything according to your preferences, click on “Start” to format the Pen Drive quickly. The process shouldn't take long, even if your Pen Drive has a higher capacity.

That's it, your device will be ready for use as soon as the process is complete! The above steps are for any Pen Drive, so just repeat when you need to.

Did you take advantage of our tips to learn how to format the Pen Drive in a few steps? So don't forget to leave your comment telling us what you think and if you managed to perform the procedure there.