How to use Tik Tok: 9 things you need to know

A social network came up to hit the front with Instagram! Tik Tok is an application for creating short videos and is increasingly popular with young people. Formerly called musical.ly, the app focuses on fun and authentic content.

The success has been so much that Instagram has agreed with several record companies to have its own collection and allow its users to put songs in the Stories, as we taught in this article. All this to compete with the app's growing popularity.

It even looks like Dollify, which dominated the social media in recent weeks.

I had heard of the new social network – which promises to be among the most used in the world soon – but never had the opportunity to exploit it?

So keep reading the article to learn 9 things you need to know about Tik Tok!

1. Everything happens in only two screens

One of the decisions that made Tik Tok so popular is its dynamism, which borders the chaotic. This means that everything happens in only two screens. You can comment, download videos, mute inconvenient users, and even block a user by tapping a few icons.

The second screen exists only to check the profile of the creator you are watching. Even the feed has only two separations: recommendations made by the app based on what is popular and the type of content it consumes or users it is following. 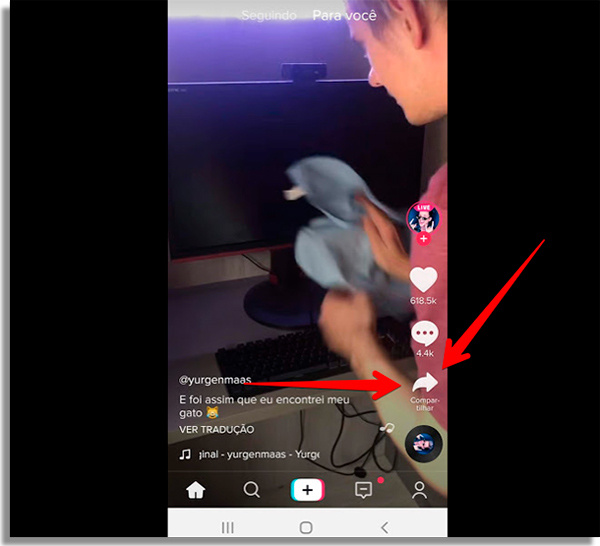 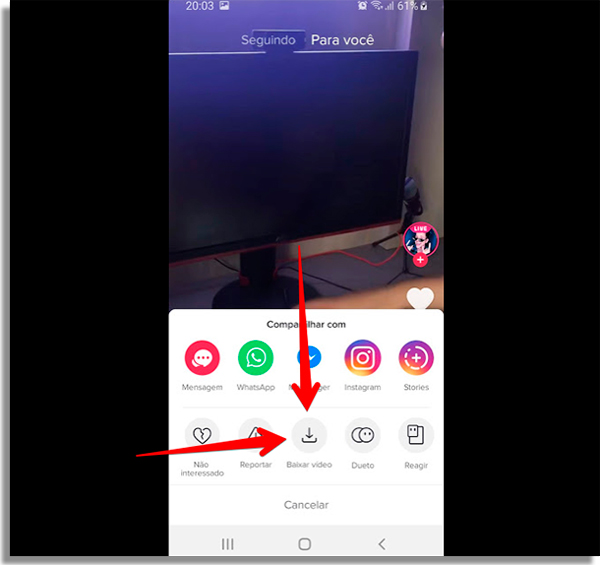 One of the cool things about Tik Tok is that you can turn your videos into GIFs. The process is also simple: just tap To share again, and this time select the Share as GIF. 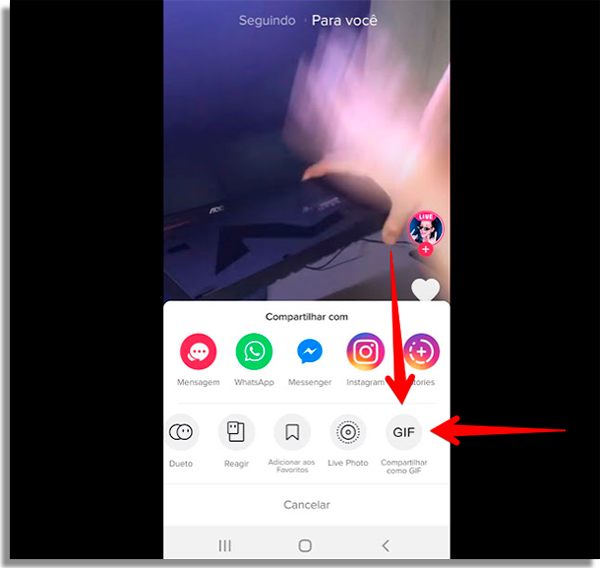 Tip: just slide the bar to the right to find the option.

Another interesting option for those who like to download the videos is that they can also turn them into wallpapers for your cell phone. Again, touch the To share.

Before moving on to the next step, it is important to mention that the process is different for Android and iPhone users. If you use Tik Tok on the iPhone, just select the Live Photo and go to the gallery to put the wallpaper on the home screen of your phone. 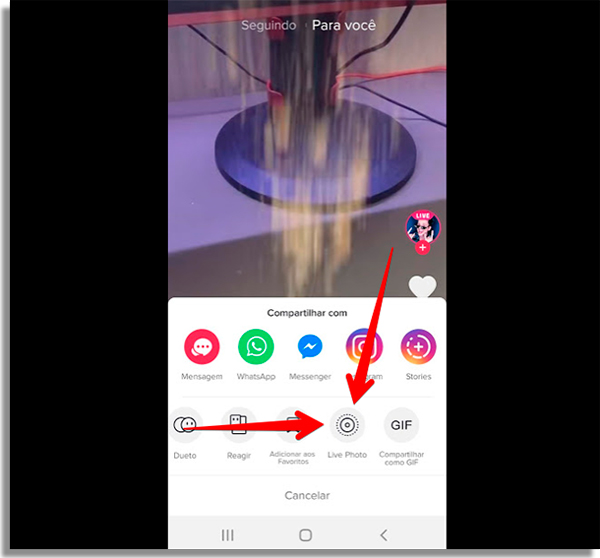 Already Android users need to install a plugin created by the app team itself. Click the link to download the application.

After installing, return to Tik Tok and do the process mentioned above. Then tap the Set Background. 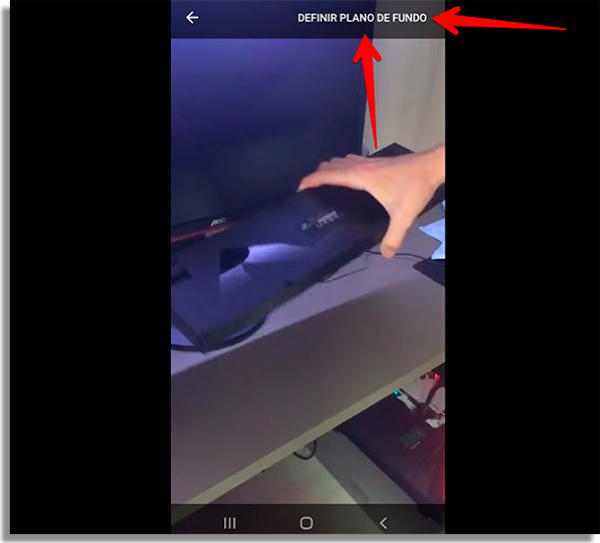 5. Discovering the Music of a Video

One of the coolest features of Tik Tok is being able to know which song is playing in one of your videos. Just like everything in the app, this is pretty simple to do. Tap the button in the form of a vinyl record. 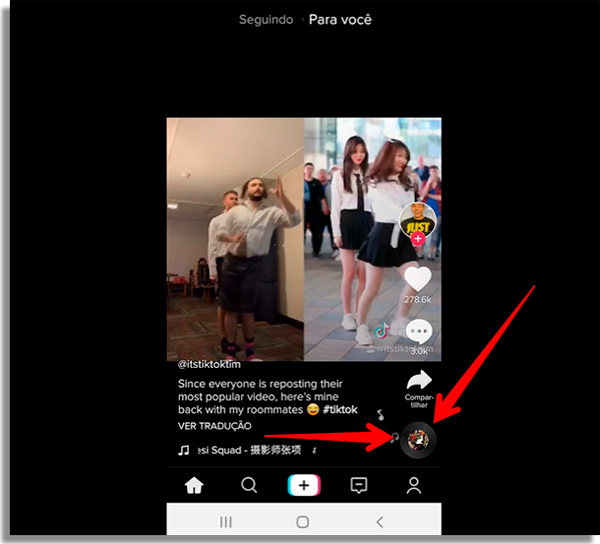 You'll see the name of the song and the band you play, as well as a video gallery with that same song. If you liked the song and would like to use it in a future video, just click the To favor; 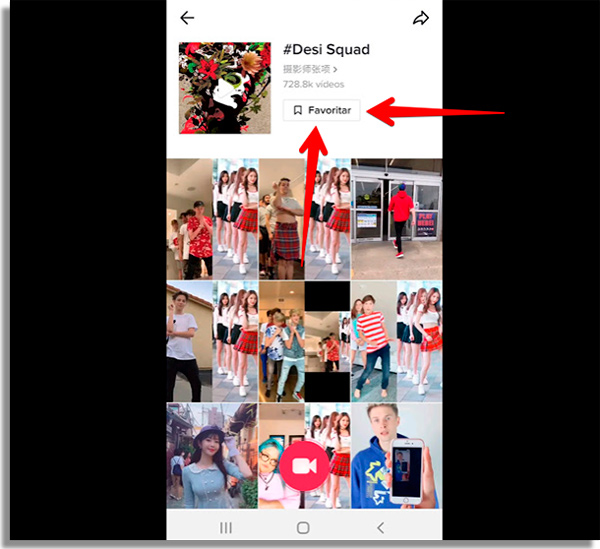 6. How to make duets

Want to make an alternate version of a video or meet one of the community's challenges? Then know the button Duets. When triggered, you will split the screen with the original video, and you can make some kind of interaction.

For example, you can imitate the style or create a kind of parody. Just like everything in the app, put your creativity and spontaneity to work!

To use the duets, simply return to the To share. Then find the Duets. From there, you simply record and publish the video, 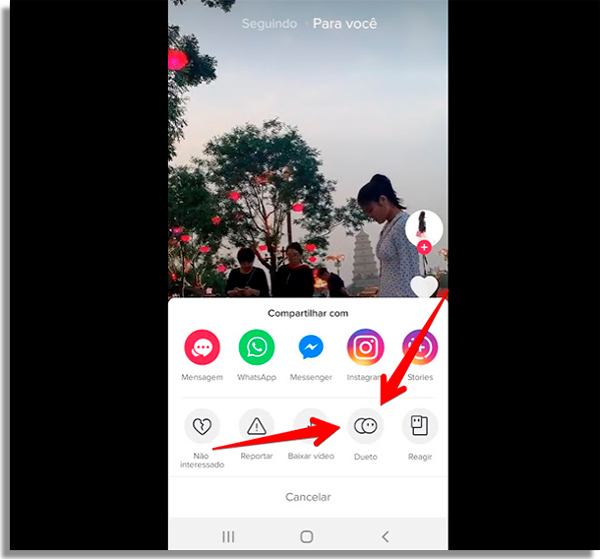 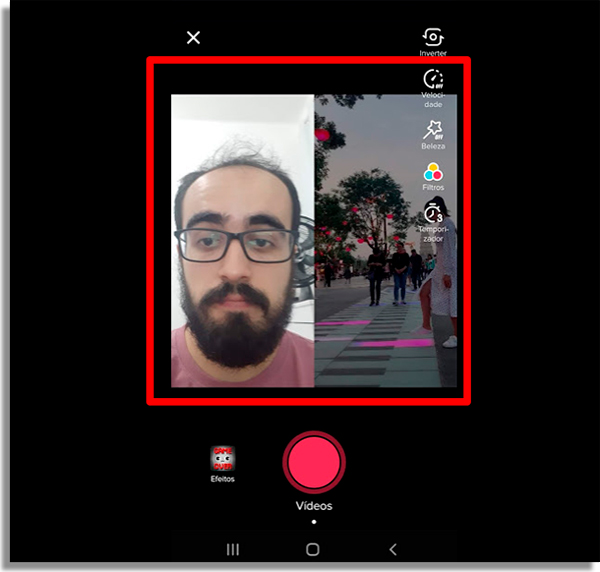 And since we're talking about community challenges …

7. What are the Community Challenges?

One of the best ways to generate interactions in Tik Tok. Like the Instagram hashtags, the hashtags of this app have been made to make it easier for users to find specific content.

Community Challenges use these hashtags so you know what the challenge is. By posting using the corresponding term, you increase your chances of being found by other users who are seeing how they are fulfilling a particular challenge.

To find the challenges that are happening, touch the magnifying glass button. 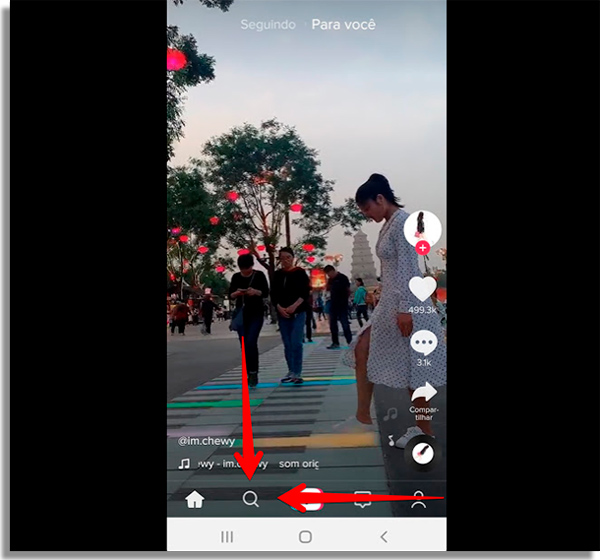 Then, slide the screen until you find any hashtag with the word challenge (challenge, in English). 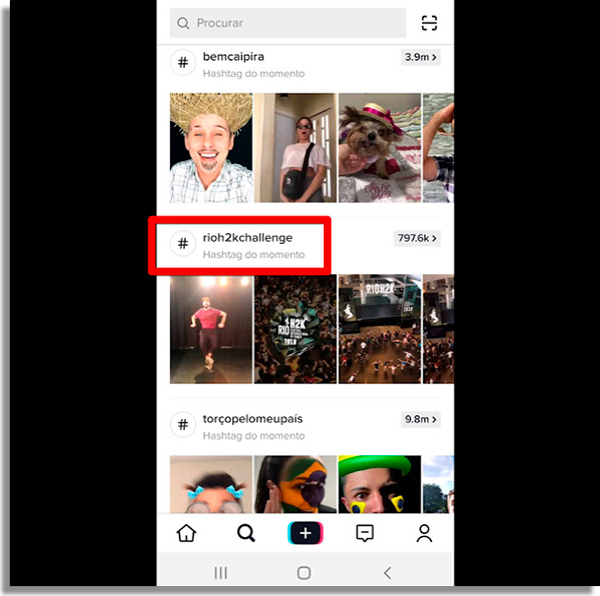 Many challenges are sponsored and made by brands, but some of them are owned by the community.

Despite your collection, you can not use the app as a way to listen to music online. Songs stored in the app are not complete, but are provided by short snippets used for video dubbing.

But do not be disappointed! Check out this article with some websites and apps to discover and listen to new music!

9. You can receive donations by making lives

Receiving donations by making live broadcasts is something well known to fans of online games who broadcast their matches on streaming services like Twitch.

But if you're not a fan of games, Tik Tok is the ideal solution for you to make live content and make money from it.

The donations are made through Tik Tok Coins, bought with real money and can be exchanged directly from the platform. On the other hand, not all users can still make lives on the platform.

Even so, do not get discouraged. Start creating content and build a fan base to get future viewers into your lives as soon as they are released to you!

In the meantime, check out these 67 sites where you can make money online daily!

Have you used the app before? What did you think of your possibilities, challenge and content? Tell us in the comments section!