Kindle vs Kindle Oasis: Which One to Choose?

The reading habit is something that has been increasingly abandoned by people these days, partly due to the habit of carrying small devices with them all the time, capable of almost anything. One area where smartphones are not very good, however, is to offer the ability to read comfortably, as they are very tiring to the eye.

To circumvent this, ereaders were created more than a decade ago, devices to simulate reading on paper in a digital format. If you're interested in purchasing one, keep reading our Kindle vs Kindle Oasis article, two of the Amazon device versions for this purpose, and also see our comparison between Kindle vs Kindle Paperwhite.

The first area of ​​comparison between Kindle vs Kindle Oasis is their outward appearance and what choices were made in their construction. As expected, given its respective price ranges, Oasis is much more beautiful, with a more premium look when compared to the normal Kindle.

The Oasis has a full glass front, making it smooth, representing a good portion of its superior design. In addition, it has a metallic body and a raised back that makes it easy for the user to hold the device, both of which denote its superior quality.

On its front, right next to the screen, it has two physical buttons so you can switch pages in your books more easily or when your screen is wet, as touchscreen tends to fail in this situation.

Its body is, for the most part, thinner than the cheaper option, but due to the materials used (and the size of the battery), it turns out to be slightly heavier than the regular Kindle. It also offers water resistance, allowing immersion in fresh water for up to one hour at a depth of two meters.

So if you want to read a book under the water in your city river, Kindle Oasis can do it. 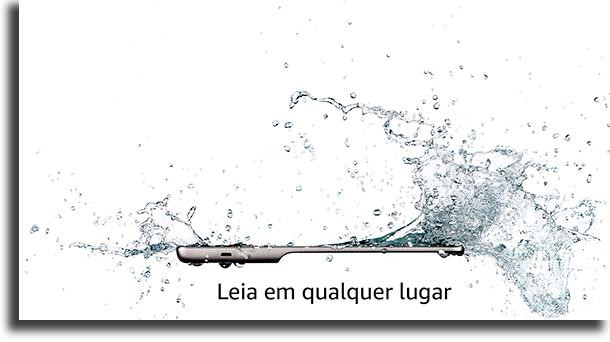 Now, speaking of the basic Kindle version: it has an all-plastic body, and unfortunately its front has neither the physical buttons nor the glass layer that makes the other option so smooth and attractive. It is characterized by a screen surrounded by plastic edges, which looks much cheaper.

In addition, it is somewhat lighter than the competitor because of its plastic body and the lack of front glass. That is: the most basic Kindle loses in design but gains in lightness.

In this section of the comparison between Kindle vs Kindle Oasis, there is only one of them that is really good, although unfortunately, even after 12 years of the line's existence, not even the most luxurious version has a color screen, which is certainly a problem, especially for reading comics.

However, even though the screen is still black and white (with grayscale, of course), Oasis's is definitely superior to the basic version. Not only is it larger at 7 inches, it also has a better resolution of 300 pixels per inch. 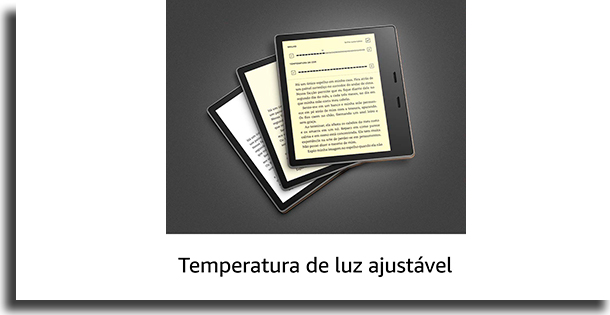 In addition, it also has a technology that avoids tiring the native view, allowing the user to easily control the color temperature of the screen by touching only one setting. It also offers infinitely superior illumination with 25 LEDs and adaptive light sensor.

The normal Kindle has a 6-inch screen, which is more than enough for the user to read smoothly, with a much lower resolution of just 167 pixels per inch. It is sufficient for reading texts, but if you have images the experience will be much worse.

In the lighting sector, it offers neither adaptive lighting nor light temperature control, but it has lighting with only 4 LEDs.

As in the other comparison, in Kindle vs Kindle Oasis It has no major differences in their processing speeds, being basically the same speed for opening books or changing pages in them. 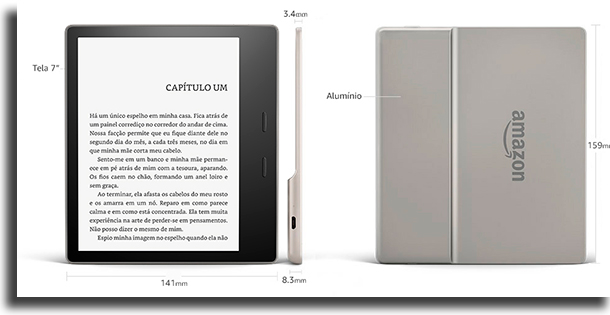 There are two differences worth noting in this area. The first of these is their storage capacity. The more affordable version of the two offers only 4 GB, without the possibility of expansion or paying more for more.

This capacity is generally sufficient as digital books take up very little space, resulting in the ability to store thousands of them. However, if you prefer audiobooks, that is, listen to your books, this space may not be enough, since in this format they occupy much more.

Kindle Oasis offers two storage options, 8 GB or 32 GB, both at a price much higher than the most basic version, but it may be very worthwhile for you.

The low-priced version of the two, the regular Kindle, costs a pretty friendly price of just $ 349, but offers far less capabilities than the more expensive and premium option. If you want to buy it, just go to the Amazon store.

Kindle Oasis is offered from $ 1,149 for the 8 GB version, a considerably high price, but not absurd, considering all it is capable of. You can also find it for $ 1,299 if you want it with 32 GB. If you want to see more about it, follow the link.

So what do you think about our comparison between Kindle vs Kindle Oasis?

Leave your comments on our article and these two amazing gadgets. Tell them if you already knew them or if you were interested in purchasing any of them or if you prefer the intermediate version, Paperwhite.

Also remember to check out our other articles about company devices, their excellent smart speakers, or smart speakers with Alexa in our article where we compare the three or reviews of Echo Show 5 by Echo Dot and Amazon Echo.