Signal vs Telegram vs WhatsApp: which is the safest?

WhatsApp remains one of the most used messaging apps in the world, but it already has stronger competitors. Only if all your friends and family use WhatsApp, why should you consider apps like Telegram and Signal, for example? Well, certainly to maintain your security and privacy.

Almost 7 years after buying WhatsApp, Mark Zuckerberg will force users to have their data shared with Facebook. The CEO had previously said that this would never happen, but he backtracked in 2016, even giving users the option to select that they didn't want to share.

Now, this sharing will finally be mandatory and one of the conditions for you to continue using WhatsApp. Considering the fiasco with the security of the information of Facebook users that happened a few years ago, it is possible to imagine that not everyone wants to participate in this.

That's when safer apps like Signal and Telegram become more attractive and you can check their security and privacy practices below to decide which option is best for your use! 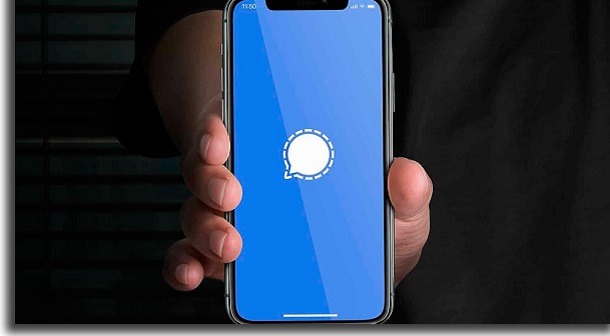 Let's start by talking to the newest app among those we mentioned, since you may not even know Signal yet. Although it was created in 2014, the app only received a stable release between the end of 2020 and the beginning of 2021 on Android, iOS and PC and Mac computers on the desktop version.

This is undoubtedly the most recommended application for those who want complete security and privacy. It features end-to-end encryption for all conversations and maintains encryption keys on users' smartphones and computers to prevent possible spoofing.

Other than that, users can verify themselves via codes with numbers or a QR code. This means that Signal does not store or store practically any of your data if you do not want to.

This includes your information, your contacts, your history, your conversations, your location, your profile name, your groups, etc. The app doesn't even back up the data you have in the app if you don't want to.

Of course, there is a backup option, but you have to choose to do that. You can also receive sealed messages from people you don't have on your contact list or who haven't shared your app profile.

It is still possible to hide your IP address and there are many options for how messages can self-destruct after a while. As you can see, this is the app you use if you want robust control over your data and privacy.

Besides, it works like a normal messaging app. As it is relatively new compared to others, it is to be expected that some common features of Telegram and WhatsApp are not there, but it is a matter of time for many to be implemented.

Signal is available on Android and iPhone. 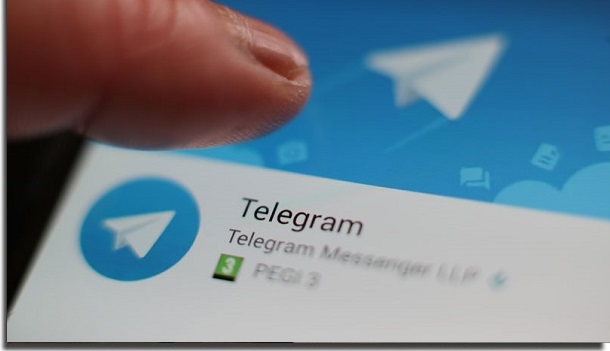 Next, let's talk about Telegram, which seems to be a good compromise between what Signal and WhatsApp offer. It also has end-to-end encryption, but it is not something that is active by default.

The default is that you use the cloud chat system, which makes your conversations stay on Telegram's servers. It also means that everything is backed up in the cloud and Telegram can access your messages.

Fortunately, you can choose to use the encrypted version easily for added security. They also offer the option of secret chats, in which no one can take prints and messages can have a certain time for self-destruction.

Outside of the secret chat, it is also possible to create messages that destroy themselves in normal chats. In addition, you always have control of your messages, being able to delete them forever at any time and without a time limit after sending.

They also offer the possibility to lock the app with a password or fingerprint. Basically, you can see that they have privacy options, but not as robust as Signal. This may not be a problem for those who just want a middle ground, as we mentioned.

Other than that, it can be said that Telegram offers very impressive features for a messaging app. Especially because they count more options than WhatsApp, which usually takes time to introduce new features.

It is worth mentioning that you can also use Telegram on Android, iOS, Windows, Mac and even its web version in browsers.

How are they better than WhatsApp? 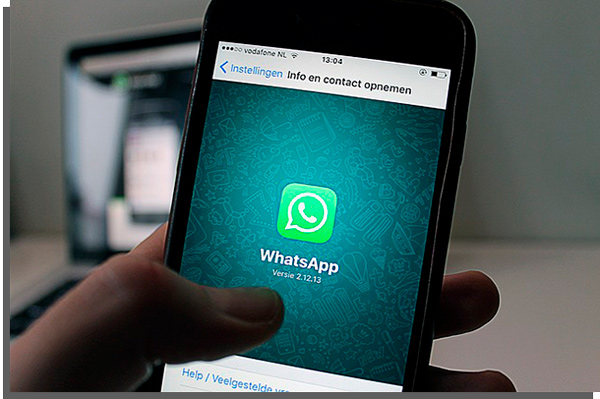 Finally, it is clear that we will also talk more about WhatsApp, which has been losing some users since the Facebook announcement. In fact, it lost the most downloaded messaging app post from the Google Play Store to Signal recently after the announcement.

This will not necessarily remain the case, but it is impressive that such a significant number of users have taken steps to protect themselves more. Like the others, they also have end-to-end encryption.

This goes for your messages, uploaded files, calls, videos and audios, for example. You cannot create self-destruct messages yet, but you can manually delete them.

The app is even testing a new feature that causes messages to be deleted after 7 days, but it is not known when it will reach users. Other than that, it offers ways to lock the app with a password or fingerprint.

The big problem is that mandatory data sharing with Facebook will leave your data much more exposed. Of course, it is up to you to know if that prevents you from wanting to use the app or not.

Did you take advantage of the tips to learn more about the security and privacy measures of WhatsApp, Signal and Telegram? So don't forget to leave your comment telling us what you think of our guide.

Also take the time to tell us which app you found most interesting and which one you plan to use or keep using!