The 10 best online games for Android

We know that there are many games for Android, but it is understandable that some people prefer specific styles. Some people like online games for Android more, for example. After all, these games can offer more cooperative or competitive gameplay instead of just a solitary experience.

Fortunately, online games for Android abound in the Google Play Store. For that reason, it can even be tricky to choose what you should play next or that fits your taste. To help you, we have separated some of the best and most varied styles. You can check the complete list below! 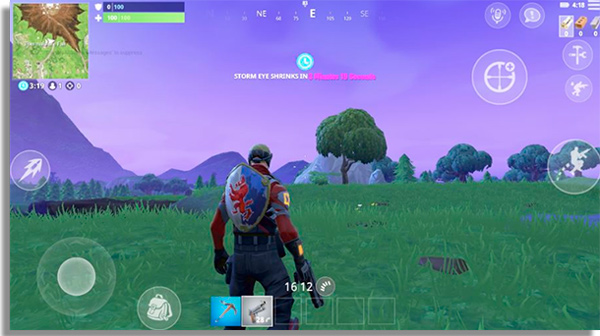 Fortnite Battle Royale really needs no introduction, as it is one of the online games for Android for known and popular in the world. It follows the same style as the original PC game, only having its controls adapted to work on the touch screen.

You still need to be the only one or one of the only survivors to win each online match. In general there are 100 players at the same time, all against you or in groups.

Considering the game's success, it is easily one of the best for those who like to print or save games and post online later. Check out more at the link below.

If we put Fortnite on the list, it is obvious that we could not leave another great game of Battle Royale on our list. PUBG was responsible for the popularization of the genre recently and only lost its post when Fortnite stole the attention for being free.

Fortunately, the mobile version of PUBG is also completely free and one of the best online games for Android. It also works in the 100 player scheme battling each other. You can download it from the link.

For those who like card games, Hearthstone can be a good option to enjoy on Android. In it, you collect different cards, build your decks and can compete against strangers or your friends in online mode.

It is completely free, but there are purchase options if you want more card packs. It is possible to get them without paying, but it takes much longer. Check the link to check the game.

Elder Scrolls Legends is another option for those who want to try a card game. The difference is that it is all themed in the Elder Scrolls RPG franchise, as the name makes clear.

It follows a similar line between Hearthstone and the most famous Magic the Gathering, but it also has its own characteristics and mechanics. The game is also free and features card pack purchases for anyone who wants to. If you are curious, you can download it at the following link.

Animal Crossing is one of Nintendo's most beloved franchises and also has a mobile version. Pocket Camp may not offer everything that the main games have, but it is a great way to get distracted and spend time.

It features most of the characters and many of the mechanics in the franchise, but it has its own characteristics that set it apart. The cool thing is that you can add your friends and visit their camps, either to see their decorations or help them with certain tasks.

Certainly, one of the best online games for Android if you want something to relax. You can download the game from the Google Play Store.

It cannot be denied that Clash of Clans is one of the best known online games for Android. It allows the player to build his own medieval fiefdom and defend it from other players.

It is also possible to attack others and even be part of alliances that bring benefits. Basically, it is a strategy game in which you need to strengthen your empire as much as possible. Check everything in detail at the link below.

Clash Royale was created by the least developers of Clash of Clans, as its name implies. This title works as a mix of a MOBA with Tower Defense.

It is also very addictive and gets more difficult as you progress. You can battle with players around the world, having to take down and conquer your towers before they do that to yours. You can download it directly from the Play Store.

Minecraft is another game that hardly needs any introductions. It is one of the best known games in the world and of course it could not be left out of our list of the best online games for Android.

He recently received an update that allows people on different platforms and systems to play together. This includes the Android version, which can be enjoyed online with just about anyone.

As in the other versions, you can be very creative, build what you want and face the greatest dangers that the world of Minecraft has to offer. To learn more, just check out more of the game on the Google Play Store.

Radiation Island is another very interesting option for those who like online games for Android. You must face various dangers of nature, create tools and weapons, fight zombies and much more.

The cool thing is that there is also a single-player mode for those who want to play offline every now and then. To know more about the game, just click on the link. 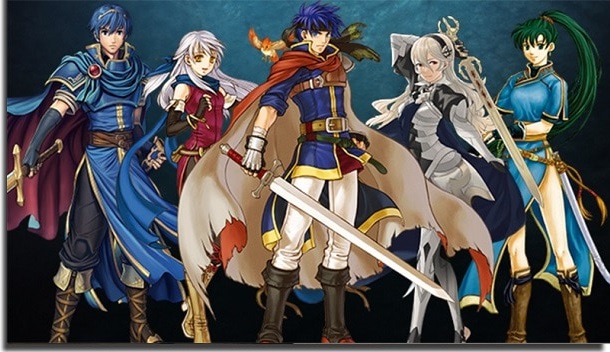 Finally, we have another Nintendo franchise that won a quality mobile game. Fire Emblem Heroes follows the same line as the main games and offers gameplay focused on tactical turn-based strategy.

You can recruit your favorite characters, train them and battle them against other players. The game is completely free, but there are some in-app purchases. You can check more at the link below.

Also tell us if there are other interesting titles for those who like to play or create games that you would like to see here.