The 16 most popular Brazilian Netflix series ever

It is no secret that Netflix usually produces original content in several countries, but the fact that the streaming platform has also started making Brazilian series was a surprise to many. Fortunately, this is not something to be scarce and there are already numerous national series in the Netflix catalog today. With that, the only negative point is not knowing what to start watching among so many options.

To help you select the series that best suits your taste, we've separated some of the best and most popular ones. So, if you want to check out our biggest nominations for Brazilian Netflix series, just check the list below!

Despite being one of the most recent among Brazilian series on Netflix, let's start the list with the most beautiful thing. Not least because she has been very successful lately and chances are you have at least heard of her.

For those who do not know, his plot is in the 1950s and focuses on three women who star in the plot.

It all starts when Malu has her money stolen by her husband and joins a singer named Adélia and writer Thereza to open a Bossa Nova bar. Considering the way that women were seen and treated at this time, even the smallest things prove to be a challenge for them.

You can check out more by accessing the Netflix link.

Our next suggestion is Samantha, who also appeals to the nostalgia of other decades in Brazil. In this case, he represents a bit of the presenters of children's programs that were so common and successful in the 1980s and 1990s.

The whole story focuses on a woman who used to be a presenter of this type and who gradually lost her fame. During the series, your goal is to do your best to return to the spotlight as you can.

Everything is portrayed in a fun and funny way, so it's worth it for those looking for a comedy. You can check it out by accessing the link.

For those who like animation series or watching anime, we couldn't miss an option on our list. In this case, we recommend the Super Drags series, which focuses a lot on the Brazilian drag community.

Basically, his episodes focus on big current drag queens in the most diverse situations, all in a very good mood. The dubbing cast, on the other hand, has none other than Suzy Brasil, Silvetty Montilla and Pabllo Vittar

If you are interested, just check the link below.

Now if you want something really different from what we list here, we suggest that you see Bandits on TV. Instead of a series of fiction, we have something totally documentary and that explores a very unusual case.

The episodes focus on Wallace Souza, who was a presenter for a police and political program in Manaus. He reported news of crimes on his program, but was accused of being involved in many of them.

The series shows several testimonies from both sides in each episode, making it difficult to know the truth. Even so, it is difficult not to do a beautiful marathon with the episodes.

If you want to know more, just access the link below. 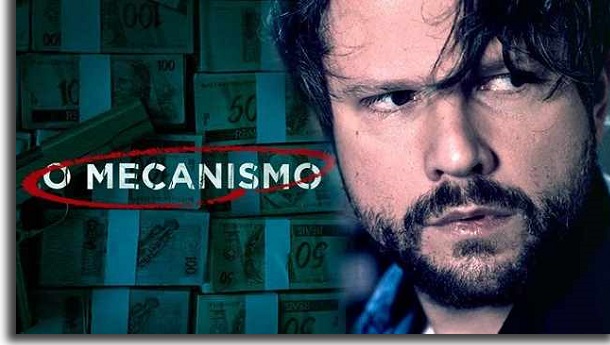 The Mechanism is another one that you may have heard of, after all, it made a lot of noise when it was launched. Created by the same director ofTropa de Elite, the series focuses a lot on Brazilian corruption.

More specifically, its history is based on the well-known “Operation Lava Jato”. It is worth saying that even though they have real aspects, most of them have totally fictional situations, conversations and characters.

In general, it is a good recommendation for those who like spy or suspense series. Anyone who wants to watch the episodes can do so by accessing the link.

Speaking of more well-known Brazilian series, I could not fail to mention 3%. For those who don't know, this was the first of the Brazilian series to be produced by Netflix.

Its concept came from a short film and the series took shape years later, where the story really unfolded. The plot itself takes place in a dystopian future, in which most people live in a very miserable situation.

Only young people who turn 20 are given the opportunity to move to a more civilized place with a quality life. But for that, they need to pass very challenging and rigorous tests.

As the title makes clear, only 3% of these people are able to pass this test. The rest of what happens can be checked if you access the link.

Since we talk about 3%, it is worth suggesting another series by the same creator that also ended up on Netflix. Omniscient also takes place in a chaotic and not too distant future.

Only in this world, all people are monitored by drones 24 hours a day. Our protagonist Nina is one of the people who works for the surveillance company, but has her own goals and motivations.

Without giving too many spoilers, we can say that she does her best to outwit the company while investigating her father's murder. If you want to start watching the series, just check the Netflix link.

If you like content focused on wars, we recommend that you check out Wars of Brazil. It is also a documentary series, but it centers its episodes on the main wars that have happened or involved Brazil.

It shows a lot of information and data that usually goes unnoticed by most people, so it's really interesting to watch. As there are only 5 episodes in total, it ends up being one of those series perfect for marathon racing.

If you liked this concept, just access the Netflix link.

We have already mentioned some series that focus on police investigation, so it is also worth talking about Brotherhood. The story of this series is quite interesting, as it focuses on an honest lawyer who infiltrates a criminal faction to save her brother.

As you can imagine, she needs to do a lot of things so as not to be discovered and still discover everything possible to help the boy. If you found it interesting, you can check out more on the link. 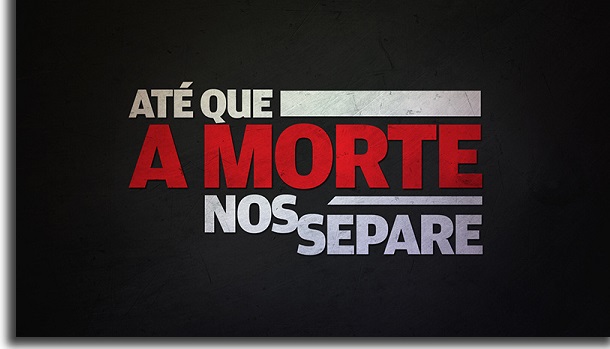 It is not possible to say that Until death do us part is a conventional series like the majority presented in our list. Especially because it is more of a documentary series, with each episode focusing on a different crime.

As the name implies, crimes have passionate motives. The whole context is told by people who were part of the situation directly or indirectly at the time, including lawyers, family, friends and police.

As you might expect, it's a stronger and heavier series, so it's good to take that into account. To check the episodes, just access the link.

Our next nomination among Netflix's most popular Brazilian series is O Chosen. For those who have never heard of it, it is based on a Mexican series entitled “Niño Santo”.

His plot focuses on three doctors who go to a village in the Brazilian wetland to treat those infected with the Zika virus. The real problem arises when doctors begin to discover that the place holds far more secrets and mysteries than anyone could imagine.

A wonderful option for suspense fans! To check the episodes, just check the link.

The Sintonia series is another interesting option, especially for those looking for more diversity in the Brazilian series. It takes place in a favela in São Paulo and accompanies three of its teenage residents.

Each has their dreams and difficulties in life. The character Doni, for example, dreams of being a successful funk singer, while Rita needs to sell various products to pay the bills.

The character Nando ends up entering the world of crime to support and help his family. Anyone who wants to know what happens to them can access the Netflix link.

Another Brazilian series you can't miss is Reality Z, which is not at all conventional. It all starts when Rio de Janeiro is attacked by zombies, something we never see in national films and series.

It is in this struggle that some participants in a reality show have no option of shelter and hide in a TV studio. But they end up finding stranger and more dangerous situations there.

For those who like to watch different Netflix series, just check out the link.

If you're looking to watch series more focused on comedy, we suggest Nobody's watching. It is very different and more fanciful, so it can be perfect for anyone looking for something like this.

It begins when a new Angel, named Ulysses, is frustrated in his first days of work with the tasks he receives from his superiors. He believes that everything is somewhat arbitrary and rebels against the system.

That's when he investigates and discovers shocking facts about life and what governs our world. If you liked what you saw, you can check out the series at the following link.

Although most of the Brazilian series we suggest are originals from Netflix, there is also space for content produced by other companies. Originally, Blood Pact aired on the paid Space channel, for example.

Fortunately, it arrived on the streaming platform some time ago and now even more people can check it out. In a curious way, his plot is very similar to what we talked about in the documentary Bandidos on TV earlier.

The story shows a TV presenter who shows super violent news in search of the audience. The problem is that it doesn't take long for him to get involved with schemes far beyond moral limits.

To watch the episodes, just access the link to watch Blood Pact.

To close our list of Brazilian series, we have a perfect one for fans of fantasy and horror series. For those who have never heard of it, Spectros has a very cool premise that mixes a lot of elements of Japanese and Brazilian culture.

The series tells some stories of ghosts of Japanese descent in Brazil, more precisely in the neighborhood of Liberdade in São Paulo. It's definitely worth checking out if you like this type of content.

If you want to start watching, just check the link.

Did you like the most popular Brazilian series on Netflix?

Did you take advantage of our list to learn more about some of the most popular Brazilian series on Netflix? So don't forget to leave your comment telling us what you think of our suggestions.

And if you use other apps to watch movies and series other than Netflix, also tell us below.