The 20 best Netflix movies to take your breath away

For those who have a subscription to the most famous streaming platform, movies, Netflix series and documentaries are not lacking these days. With so many options available, it is even very difficult to decide what to watch sometimes. To help you out, we've put together a list of the breathtaking Netflix movies.

This goes for both other producers and their own original works. If you are curious, just check out our main suggestions below and take advantage of the catalog of one of the largest sites to see films in the world!

Nothing to Hide is a very funny and interesting French film. In it, we accompany the dinner of three couples and a single who have known each other and are friends for many years.

It all starts with some of them checking their cell phones constantly. With that, it is suggested that they leave their devices on the table and read all the messages they receive aloud.

As you can imagine, this will generate more and more confusion, problems, fights and secrets being discovered throughout the night.

Moving on to something much lighter than our last two recommendations, One More Chance is a film that mixes a little drama and comedy. The production tells the story of a couple who is over 40 years old, but who still tries different methods (without success) to have children.

Things in the couple's life change positively when their niece is going to spend a season at their home. Even with a very simple plot, the film is very interesting, charming and worth checking out.

Our next film focuses a lot on the relationship of a father and son. He shows that as the father was always traveling on business during his son's childhood, they were in a distant relationship.

It was through fantastic and seemingly impossible stories that he tried to connect with the boy. Unfortunately, his son only comes to understand the motivation and real intention behind the stories when his father is close to death.

Most of the film shows these adventurous stories of its protagonist. We guarantee that if you're looking for breathtaking Netflix movies, this is one of the best.

Irish is not just one of the breathtaking Netflix movies, but one of the best productions on the platform. This is director Martin Scorsese's first partnership with the streaming service, so it has always promised to be very interesting.

For those who like mafia-themed films, it is a full plate. It is only worth mentioning that it is more than 3 hours long, so it is good to prepare before the long session.

But nothing that people who like marathon trilogies are not used to. 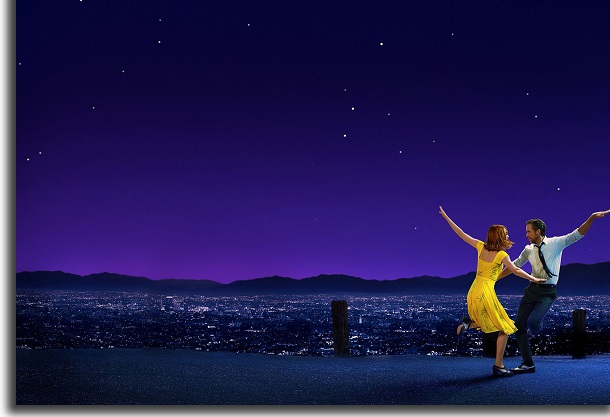 It's hard that you haven't even heard of La La Land. The award-winning film is easily one of the best Netflix musical films that you can find on websites for watching movies and series.

It tells the story of an aspiring actress and a jazz musician, each with an ambitious dream. They start this relationship while pursuing those dreams, but some obstacles in the way end up making everything difficult. As nominated for an Oscar in its release year, it's the kind of movie you need to watch now!

6. History of a Wedding

The History of a Wedding has also been quite successful. Unlike what the title might imply, the film is more focused on the divorce process of the protagonist couple.

He's also more about his dialogues, so don't expect a very dynamic piece. Still, he is very interesting and has great performances to follow.

Directed by the Brazilian Fernando Meirelles, Dois Papas shows the relationship between then Pope Benedict XVI and the future Pope Francisco. Most of the film takes place in 2013, shortly before Benedict XVI's resignation.

Conversations between the two Popes are fictitious, of course, but they are still interesting. Other than that, they still show a little of what appears to be each Pope's worldview.

Roma is certainly one of the breathtaking Netflix films, as it was the first on the platform to receive several awards, including the Oscars. It is entirely in black and white accompanying the story of a Mexican family in the 1970s.

They go on vacation to try to overcome the abandonment of the husband and father, who ran away with his lover. Although it seems very simple, this drama is very interesting, has an excellent script, very convincing performances and beautiful cinematography.

We have always heard of technology companies misusing our data. The documentary Privacy Hacked deals with exactly how much your information is available on the internet and how it can be used.

It is a good session not only for entertainment, but also to learn more about the subject. It can also be a way to review your use of social networks and how much information you put on the internet.

10. For All the Boys I've Loved Before 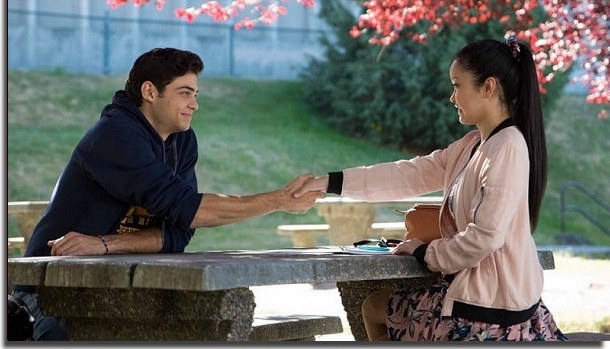 The For All the Boys I've Loved Before is best suited for those who like romantic comedies. He's really fun and has a lighter and more relaxed atmosphere than some others of this genre.

The plot follows a protagonist in high school who writes private letters to all the boys she has been interested in in the past. Except that one day these letters are mysteriously sent to the boys.

From then on, she has to deal with the revelation of her old feelings, the confrontation of the boys and much more.

The Bird Box is not only one of the breathtaking Netflix movies, it is one of its most famous. So it’s very likely that you’ve heard of it, even if you haven’t seen it yet.

For those who do not know its history, it shows a mother taking her two children on a journey in a post-apocalyptic world. Unlike the zombie worlds we are used to, this one has a mysterious presence that drives people to suicide.

To prevent this from happening, the entire trip needs to be done with everyone blindfolded. The plot is very interesting and will definitely make you tense.

This film is a little older, but it is really wonderful. It shows a story based on real events by its director Cameron Crowe, from when he got a job as a writer for Rolling Stone magazine at age 15.

His objective at the time was to accompany a rock band on tour in the mid 1970s. The feature film is very fun, humorous and has an incredible soundtrack.

This is true for songs used in the middle of the film such as those created for the film itself. A great suggestion for those who want breathtaking Netflix movies.

For anyone who is a fan of Breaking Bad, the film El Camino can be a good option. He tells what happened to Jesse Pinkman after the final events of the famous series, which obviously takes some of the mystery out of his last episode.

The film itself is quite still and dragged, but it is still interesting. This much more for those who really followed the whole saga, since as a film alone, it is not one of the most attractive.

It is difficult not to know at least a little of Malala Youzafai's world-renowned history. Fighting for the right to study, the 14-year-old girl became a symbol of the fight against oppression and the youngest to receive the Nobel Peace Prize.

The documentary brings life in greater depth before and after the attack, showing more of her struggle for the right to education for women worldwide. 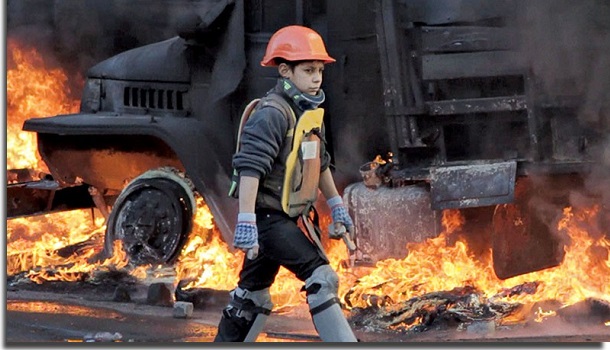 For those unfamiliar, Winter on Fire is a highly praised and awarded documentary film. The production focuses on student protests in Ukraine in 2013.

They ended up having a very violent response and no less than 93 days of conflict. All for the defense of civil rights in the country, as you can imagine.

Easily one of the breathtaking Netflix films and one of the best documentaries on the platform.

This French animation is another breathtaking Netflix movie. Even though it doesn't seem so special at first, we can say that besides being very interesting, it is also very funny.

The film follows a severed hand that escapes from a hospital and tries to reunite with his body in Paris. It's definitely not the kind of synopsis you read every day.

We really don't see that many Netflix movies focusing on sci-fi horror, so it pays to pay special attention when they appear. Annihilation tells the story of a biologist on a secret mission in a mysterious and banned region in the USA.

It won't be the easiest or quietest session to watch, but it's great for anyone who wants something different. Other than that, the performances, especially by the protagonist Natalie Portman, are fantastic.

Here we have another very interesting film that goes a little beyond the conventional. It tells a kind of horror love story, but not in the way you would imagine.

In it, a woman named Ada loses the man she fell in love with after he disappears at sea with other workers. Everything changes when they return to haunt the village and those who have not paid their wages correctly.

Of course, Ada's great love has some different plans and priorities, she just wants to spend some more time with the woman.

Okja is one of the most breathtaking Netflix films that caught the most attention at its launch. In it, we accompany a South Korean girl named Mija and her family, who receive a large animal nicknamed Okja from an American corporation.

After 10 years, the corporation returns to take Okja back to the United States. However, the girl does her best to prevent the animal from suffering from the mistreatment and slaughter that the company plans.

The film draws several parallels to the way the meat industry really works in real life. The film received many accolades and is extremely moving, so it's worth checking out.

To end our list, we have one of the breathtaking Netflix movies that you cannot miss. For those unfamiliar, Moonlight has not only been quite successful but has also won several awards. The film itself shows the main character's childhood, adolescence and adulthood.

Meanwhile, he explores the difficulties in facing his sexuality and identity, also dealing with the physical and emotional abuse he experienced while growing up. Easily, a film that is worthwhile for everyone.

Did you enjoy the breathtaking Netflix movies?

Did you enjoy some of the breathtaking Netflix movies? So don't forget to leave your comment telling us what you think of the recommendations and which apps to watch movies and series you use.

Also be sure to check out our list of spy movies and western movies!