The 21 Best Shooting Games for PCs

Among so many different genres and themes we have these days, one thing that always seems to remain popular is PC shooter games. Although they've changed a lot over the years and have a much greater focus on multiplayer these days, they're still some of the most fun games to try out. With so many different titles out there, it's even hard to know which one to choose or play first. To help you out a bit with that, we've prepared a neat list of some of the best and most classic PC shooter games! Check it out below!

Read too: How to monitor Windows 10 PC battery 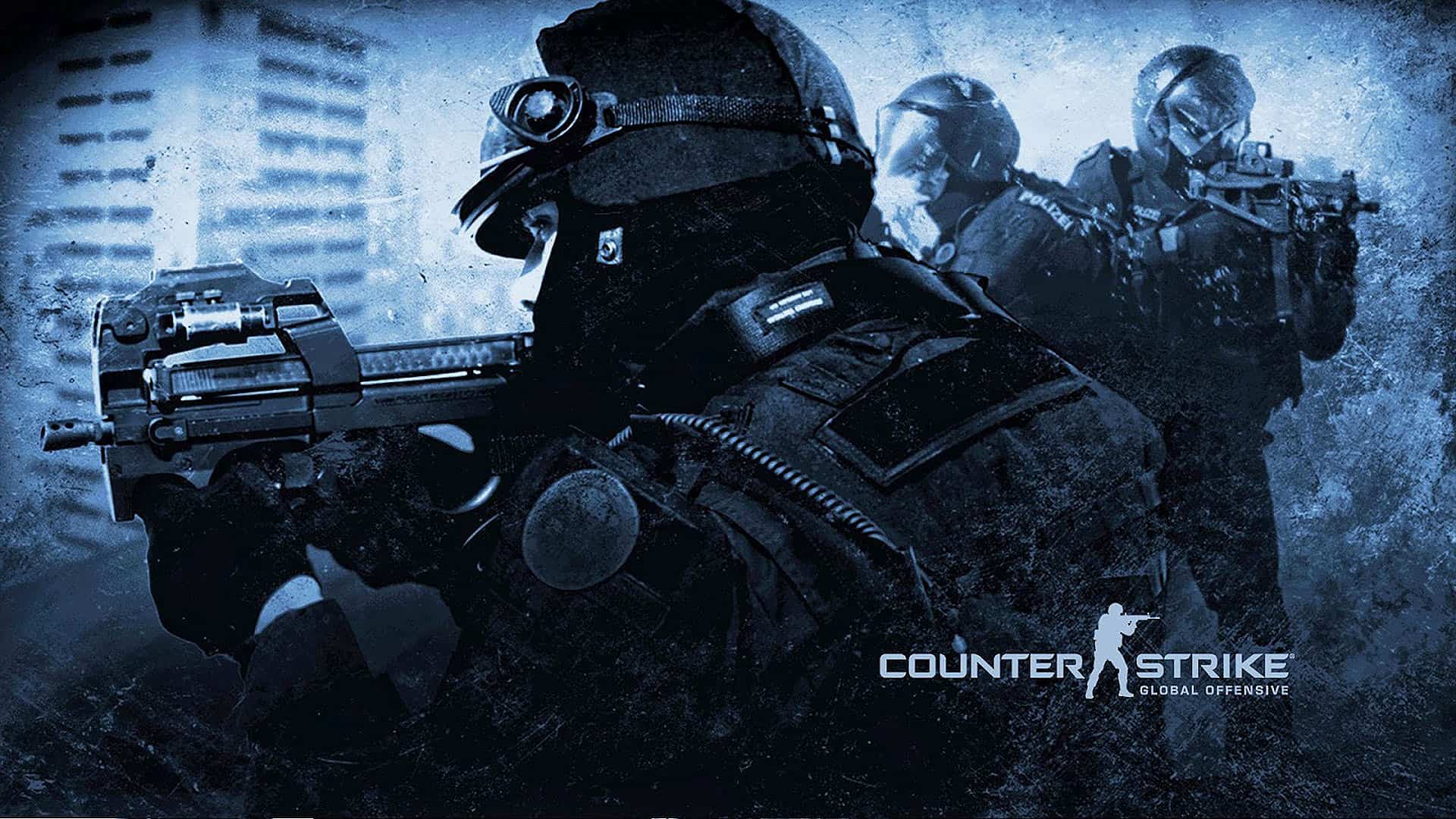 Currently, there is no first person shooter that is best suited for those looking to play for fun or competitively. The Counter-Strike series was already hugely popular, but the Global Offensive title has taken it to a new level in recent years.

In addition to millions of people playing it in a more “casual” way, there are big world championships focused only on Global Offensive, which also helps to increase its popularity. You can check and purchase the game through this link.

One of the most recent titles on our list, Overwatch has also achieved immense success in a very short time. The shooting game focuses on multiplayer matches with two teams of six people each. Currently, the game has no less than 23 different characters to choose from.

Each of the characters has unique abilities, which requires different strategies to play well with each one. You can check out more of this fun game through this link.

Borderlands 2, on the other hand, can be considered practically a modern classic of PC shooters. It allows you to mold your character yourself instead of simply offering several ready-made options. The interesting thing is that the game focuses a lot on the prizes earned with each victory, which are usually new weapons.

Another really cool aspect is the ability to customize the abilities of each of the four available classes. This allows you to customize things in such a way that you are unlikely to have to play the same way twice. Click here to buy it. 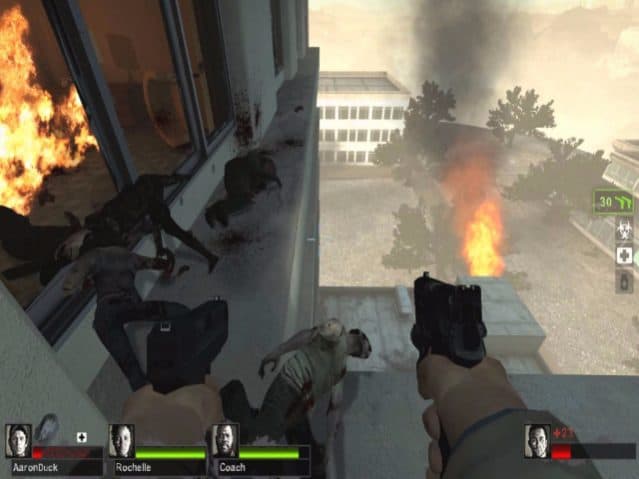 Left 4 Dead 2 is also an old acquaintance of PC shooter fans, being a much more complete and fun game than the first in the franchise. It offers interactive campaigns, numerous enhancements, settings that allow for more customization, new modes, and a greater focus on teamwork.

Basically, you need to work in a more organized way with your team to be able to destroy all the waves of zombies that appear. This ends up making the game even more strategic and fun than you could do it all by yourself. You can check out and download the game through this link.

After so many games in the franchise, many found the new Battlefield 1 strange for the newest game in the series, but the reason is quite simple: the game recreates the first world war in a way never seen before. The details, the attention placed on historical events and the realism in the battle aspects will impress anyone.

As expected, you play as several soldiers who fought in this war, but the interesting thing is that each time your character dies, your name, date of birth and death appear on the screen. This gives you greater immersion, getting you involved with each of the unique soldiers you encounter only once during the game. You can check out more and buy the game via this link.

This is a great option for those who like games that mix the genre of first person shooters and RPGs, something not so common to find nowadays. Although it doesn't exactly have a multiplayer combat mode, the game offers an amazing experience and deserves your attention.

The game takes place in Prague, Czech Republic, and has one of the best-designed and most detailed maps ever seen in video games. The cool thing is that the game has engaging quests that come together perfectly to tell the story of the game, a real bonus for those who are often just looking for a fun shooting game. Buy the game through this link. 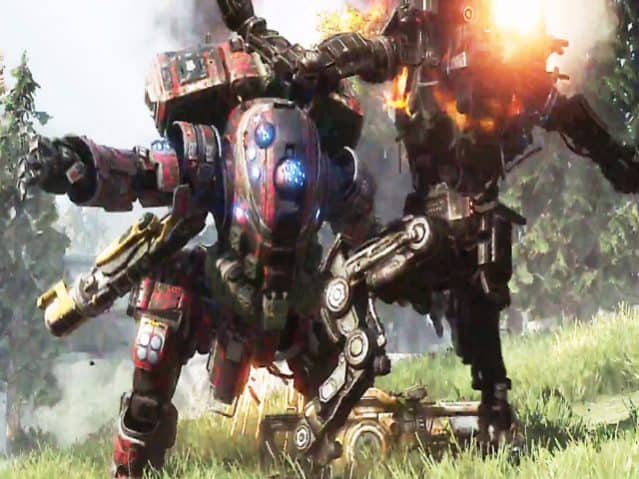 Titanfall 2 is also a title already well known to shooter fans, being a considerable improvement over its predecessor. If you prefer to venture out alone, you can simply play the main story, which is divided into nine chapters that well explore all the game's possibilities.

Of course, there's also multiplayer, which seems to be the big focus for thousands of fans of the Titanfall franchise. You can buy and download the game via this link.

Based on Tom Clancy's books (as its name suggests), Rainbow Six Siege is a typical and fun shooting game that you should definitely check out. The objective is very basic, as this is one of those games with two teams battling it out (split between attack and defense), but that doesn't mean you don't need to have a lot of strategy and skill.

Interestingly, there are approximately twenty characters that can be chosen:  ten for the attack team and another ten for the defense team. Everyone has very different abilities, something that combined with the team's strategy can lead to victory. You can check out more and download the game at this link.

You can't make a full list of shooting games without even mentioning the game that helped shape and popularize the genre. If you're a real fan of this type of game, it's extremely likely that you've at least played or heard of the classic Doom.

Fortunately, it is no longer necessary to resort to the old games in the series (even if they are still very good) now that a new title has been released in 2016. The new Doom works practically as a reboot of the series and leaves nothing to be desired from its predecessors . Despite having a multiplayer mode, it is the solo campaign that stands out the most. You can check out more about the game through this link. 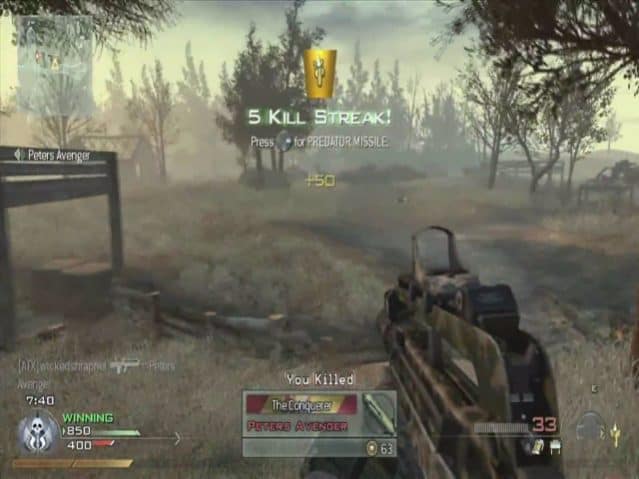 While not as iconic as Doom, there's no denying that the Call of Duty series is also very important to the first person shooter genre. In fact, it's easy to say that this has become the biggest franchise in its category in recent years, with Modern Warfare 2 being one of the best titles in the series.

Although the solo campaign is very good, it also ends up being a little short. Still, there is a lot of emphasis on the game's cooperative multiplayer mode, something that extends its longevity even further. You can learn more about the game through this link.

Another very recent game on our list is Shadow Warrior 2, which tells the story of a young woman who ends up trapped in a man's body and has to try to get her own body back. The gameplay style is very similar to what we saw in Doom, with the game having several demons and robots as enemies.

One of the points that stands out the most is the diversity of the maps presented, going from calmer scenarios to chaotic cities, for example. You can check out more about the game and buy it through this link.

Despite being quite old, Half-Life remains one of the best shooters ever made in history, so much so that its fans still believe in the possibility that the long-awaited sequel will see the light of day in the future. The big highlight goes to the single-player mode has a really amazing and immersive story.

This turns out to be one of those classics you need to play at least once in your life if you're a real shooter fan, so be sure to give it a try if you can. Click here to learn about and buy the game.

Another very interesting game for fans of first person shooters is Killing Floor 2, which is a lot of fun, especially in co-op mode. It has several different classes, each with its own unique advantages and abilities.

If you want to have fun online, you can play in Versus Survival mode, in which you can choose to be a human or one of the main game's enemy creatures. Click here to check out more about the game.

Chances are you've also heard of BioShock Infinite, one of the most successful shooters of the past generation. One of the most interesting aspects is that the game kind of mixes retro aspects with more futuristic things, which gives a unique visual style to the game.

The story is also extremely interesting, although it has some problems explaining certain important points. Still, the gameplay is so good and immersive that it probably won't bother you too much. Click here to buy it.

Another very recent game is Dying Light, which takes place in a post-apocalyptic world full of zombies. Despite having a premise very similar to many other current games, this title ends up standing out for having an open and fully interactive world.

Plus, there's a great sense of progression, as it starts out really hard and gets easier as your skills get better and better. You can click here to buy the game.

In addition to these great games we mentioned, there are other similar or lesser known games that also deserve your attention. Check it out below!

Were you able to take advantage of our suggestions to discover some of the best shooting games today? Don't forget to leave your comment telling us which one is your favourite.