Deprecated: sanitize_url is deprecated since version 2.8.0! Use esc_url_raw() instead. in /home/zttdwyac/public_html/knowthisapp.com/wp-includes/functions.php on line 5213
 The 25 best marathon series

If you like watching series, movies and the like, you may be after recommendations. For this, we have several articles of the type, where we recommend anime and movies. In addition, we created this list of the best series to do the most varied marathon streaming services!

If you want to know them, just continue reading our article, where you will find synopses of all of them.

The first of the best series to do marathon is The End of the F *** ing World, which is an unusual comedy. It follows the story of two teenagers, James and Alyssa, both 17 years old in the first season.

James is sure to be a psychopath and Alyssa is the one he chose to be his first victim. However, because of various circumstances beyond their control, they end up dating and really getting attached to each other. Check out now what is one of the best teen series on Netflix through the link. 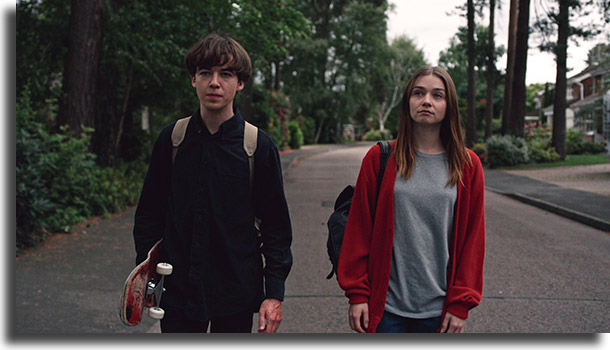 If you like series, you've certainly heard of Doctor Who, a science fiction series produced by the BBC since 1963. It tells the adventures of a Time Lord, the Doctor, who is the last of his kind.

Alongside him (who, last season, is played by a woman, Jodie Whittaker), are his companions, who change from time to time. Together, they travel in time and space, with stories going on from the beginning to the end of time. Click the link to watch! 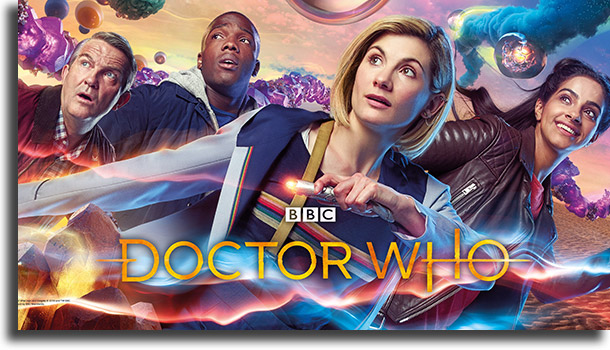 Another of the best Netflix series is The Good Place, also a comedy, created by Michael Schur. It has four seasons that, incredibly, maintains its quality.

Here are four humans who ended up in what they think is the Good Place and all the problems they faced there, until they understood that nothing is what it seems. Watch through Netflix, which has one of the best apps for watching movies and series.

If you like PC games, you've probably heard of the series of games of the same name that, along with the Polish books, served as inspiration. It takes place in a fictional medieval world and follows several extremely engaging characters.

We have Geralt of Rivia, a monster hunter, Yennefer of Vengerberg, an extremely powerful wizard and Cirilla, the princess of Cintra. Each, during the first season, has its own plots, until near the end where they intertwine. It is available in one of the best sites to see movies and series clicking on the link.

Another of the best marathon series is Vikings, a historical series that draws inspiration from the Nordics of early medieval Scandinavia.

He follows Ragnar Lothbrok and his adventures, in addition to relations with compatriots, families and the tribulation, with an extremely turbulent experience. It is based on real facts. Check it out through the link! 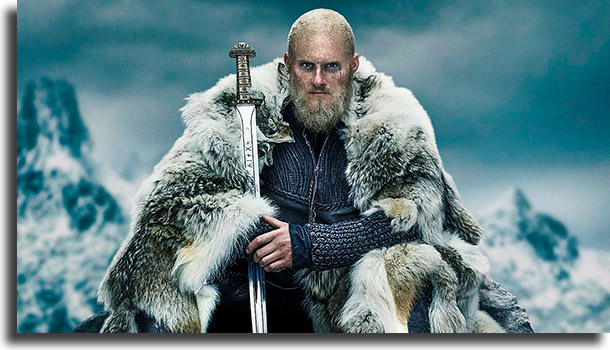 One of Netflix international series most viewed in Brazil, whose 3rd season is expected to launch in 2020 is Dark, of German origin. It has a supernatural suspense theme.

It takes place in a small fictional town, Winden, where children disappear every 33 years under mysterious circumstances. Watch it now on Netflix!

Black Mirror is certainly one of the most popular series on Netflix. It is a dystopian and anthological British series by Charlie Brooker that explores the worst sides of the latest technologies and advances.

Each episode is independent, being able to watch without any order, and deal with current and controversial topics in a very intelligent way. Click on the link to watch on Netflix, one of the best streaming services.

Another one of the best series to do marathon, which is among the most viewed series in 2019 it's HBO's Watchmen. It is based on comics of the same name, but it is 34 years after the events reported in them.

There follows a group of heroes who are finally returning to active duty. To check it out, head over to HBO Go! 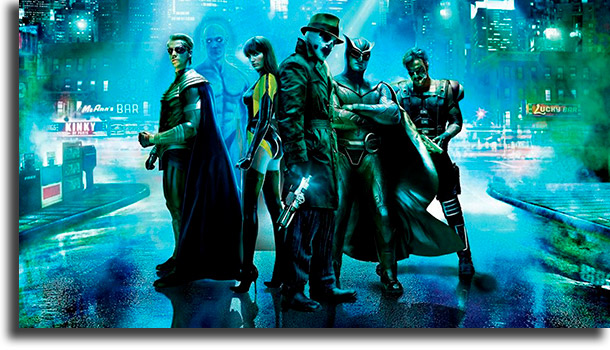 The Boys is a series that was a bet from Amazon, which ended up paying off and a lot for the company. It is based on a comic of the same name and starts with the main character's bride, Hugh, being "accidentally" killed by one of the most famous heroes.

He, along with a group of people, rebel against the corrupt heroes to destroy them. Check it out through Amazon Prime Video.

Who likes to watching movies and series online, you certainly need to check out American Gods, which is based on a book of the same name, written by Neil Gaiman.

Follow Mr. Wednesday and his companion, Shadow Moon, in search of help to defeat the new gods. To watch, follow the link!

Another series based on comics, The Umbrella Academy is one of best teen series from Netflix and was developed by Steve Blackman and Jeremy Slater. It follows a dysfunctional family of adopted superpowered brothers.

They are forced to reunite when their father dies, and have to unravel the mystery behind it, in addition to managing to prevent the apocalypse, predicted by one of them, who traveled to the future. Check it out through the link!

GLOW is one of the most popular series of recent times and follows several characters, in the 80's who, due to lack of options, end up having to make this television program.

It has three seasons to date, with the fourth and final in production. Go to Netflix to watch! 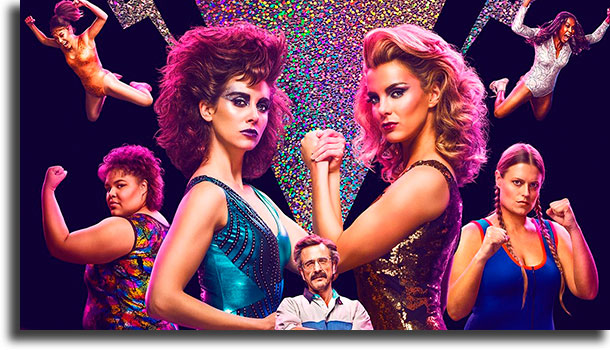 Anyone who follows the original Netflix productions, knows its quality. Russian Doll is one of them and, as much as at first glance it seems more of the same, it makes an excellent use of its premise.

There follows a woman, Nadia, who is trapped in a time loop, where she dies and returns to the beginning of the birthday party itself. Watch through the link in one of the best streaming services, Netflix!

One of the best series to do marathon is Stranger Things, which has an excellent child cast, a very fun story and extremely captivating characters.

It takes place in a small town, Hawkins, where the supernatural is present, through a portal that connects the world inside out. Follow the link to see more!

La Casa de Papel is considered one of the best series of recent times and is of Spanish origin. There follows a group of criminals, led by the Professor, carrying out a robbery of the country's Mint.

The narrative is extremely engaging and follows the relationships of the characters much more than anything, including their love and friendship relationships and how they act when others are put at risk. Go to Netflix to watch, and remember that it is possible watch Netflix offline!

One of Netflix series original, comedy, Sex Education is created by Laurie Nunn. Follows a teenager, Otis, who is the son of a sex therapist. By accident, he ends up becoming an expert on the subject, even though he himself is horrible socializing.

He ends up helping his bully with sexual insecurity problems and creates a help desk for his colleagues. To watch it, follow the link! 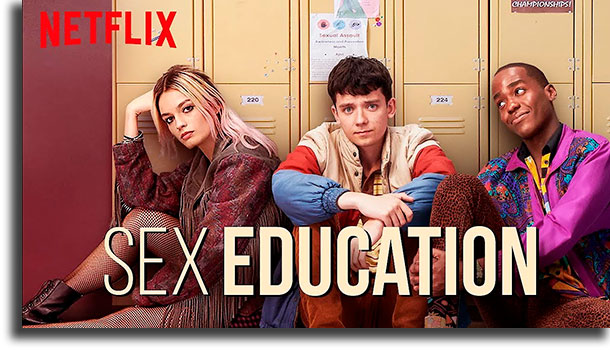 An excellent Brazilian series is 3%, which was developed based on an episode from 2009. It is the first original series from Netflix in our language, and the second that is not in English.

It takes place in a dystopian future where 20-year-olds, who live on the continent, a representation of the favelas, must compete in the Process to get a place in Maralto, a rich place and taken by the latest technologies. It is a very strong social critic and has already 3 seasons, which can be watched on Netflix!

Another of the best series to do marathon is Jessica Jones, produced by Netflix in conjunction with Marvel. Following is a former superhero, Jessica Jones, who left the profession to become a professional investigator.

It shows her trying to deal with her troubled past while being forced to deal with villains who keep coming up. To watch it, just click on the link and go to Netflix, where you can also watch movies.

Grace and Frankie is another of the best Netflix series, with a comedy theme. Created by Marta Kauffman and Howard J. Morris, it features Jane Fonda and Lily Tomlin in the main roles, in addition to the participation of many other excellent actors.

It follows two elderly women, Grace and Frankie, who have completely different personalities and are forced to live together when their husbands divorce them to be together. From there, their lives and those of their families become chaotic and extremely different. To watch, follow the link to Netflix! 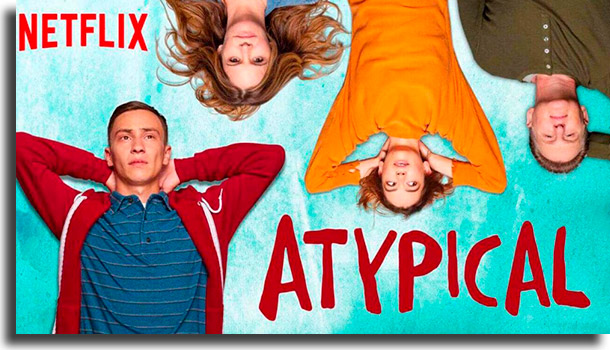 If you live with someone who has autism, or simply want to know more about the topic, Atypical is the ideal series for you. Follows Sam Gardner, an 18-year-old who has autism and has to face many more challenges than expected in his life.

It shows everything that he, together with his family and support network, must do to deal with the disorder and the difficulties that accompany it. Even though it is fictional, it serves as a good class for those who know nothing of the universe. Click the link to watch!

Rick and Morty, even though it is a drawing, is in our selection of excellent series. It has a huge audience and many loyal fans. She follows the adventures of a crazy scientist, Rick Sanchez, accompanied by his grandson, Morty Smith.

It shows all their interactions with the family, in addition to the interdimensional adventures practiced by the two, involving even the president. To watch, just follow the link.

Another of the best series to do marathon, which is also one of those produced by Netflix in conjunction with Marvel is Daredevil. It has three seasons, having already been canceled, but it has incredible fight scenes, as well as a very engaging story.

Follows blind lawyer Matt Murdock, who tries to help legally disadvantaged citizens of his neighborhood during the day. At night, masked, he seeks justice through less common means, invading and demolishing criminal organizations. Check it out right now through the link.

Orphan Black is the ideal series for those who like plots that deal with clones. It has a leading actress, Tatiana Maslany, whose phenomenal performance makes each of the clones completely different, with personalities – and even accents – their own.

In addition to having one of the best performances of all time, the story is a crazy conspiracy, where the company that originally cloned them is after Sarah, one of them, because she is the only one who is not infertile. Go to Netflix to see! 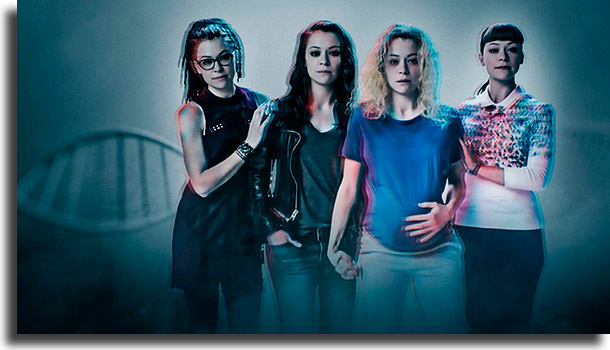 Breaking Bad certainly makes it onto all the best series lists of all time, having been created by Vince Gilligan. Followed by a high school teacher, Walter White, who finds out he has cancer and begins to create and sell meth to cover treatment costs.

He shows his downfall until he becomes one of the worst villains ever seen on the screens. Even with so many seasons, it never lost its quality. To check it out, head over to Netflix.

The last of the best marathon series on our list is Broadchurch, set in a small town of the same name. It starts with a boy from the city having been murdered and found on the beach.

David Tennant, who serves as the principal investigator, had just moved out of his life because he wanted a quiet life. Together with the local police, they do their best to unravel the mystery behind this city where everyone knows each other intimately. Watch through the link! 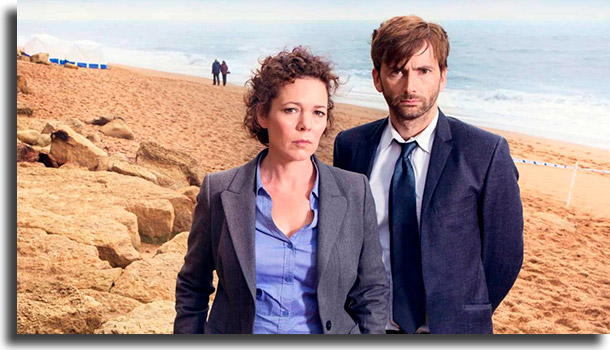 So, what did you think of our list of the best series to do marathon?

Leave in the comments your opinion about them, in addition to saying if you think we forgot any or your favorite. Don't forget to check out the Netflix 2020 movie releases It's ours 2020 anime release guide!