What comes inside a smartphone? Complete guide

You can confess, you've been reading cell phone reviews just to access the camera section and you don't understand anything about what comes inside a smartphone, right?

This is more common than you think. Despite being the most widely used electronic device in the world, few know what comes inside a smartphone.

The problem with this is that by looking at just part of an analysis, you may end up buying a bad smartphone that meets only one of your criteria. Even with great cameras, low processing or storage capacity can ruin your experience and give you the impression that you bought something that wasn't worth your money.

Here at AppTuts, we've talked a lot about smartphones like Apple's iPhone lineup and the various Android phones from various brands like Motorola, Xiaomi and Samsung. Comparisons like Xiaomi vs iPhone or iPhone 11 Pro vs Google Pixel 4 are also common here.

So far we have not fully explained what each of these criteria meant, but we intend to fix that in this article. So know what comes inside a smartphone in the full guide below!

The first thing you see before you even know what comes inside a smartphone is its screen. So that's fairer than starting with her. Cell phone screens work similarly to televisions and computers. There are currently two main types of display.

Despite being out of favor, LCD screens still make up a large part of the display of cheap or intermediate cell phones. They are characterized by lighting behind the screen.

That is, the liquid crystal of the screen handles only the display of these lights, using combinations for the millions of colors that can be displayed on a smartphone.

Unlike LCD, LED screen illumination is done in the liquid crystal of the screen itself, through diodes that generate light and thus display the pixels of what you are watching on the display.

It is important to mention that, because of this advance, LED displays usually increase the price of the device.

How to differentiate LCD from LED

The information about the type of screen a mobile phone carries is in its technical specifications.

Still, if in doubt, do the following test. Open an image of your phone and look at its black area. If it is bumpy and looks bright then you have an LCD screen.

If it has a grayish but dark tone then you have an LED display. Finally, if it is completely black, it means your phone screen is AMOLED or Super AMOLED. This screen model is more expensive and is therefore only present in premium smartphones.

In addition, one of the advantages of this type of display is that, because the black area of ​​the screen has pixels off, it saves your smartphone battery. Ideal for those who prefer to use night mode.

If you've had a phone in the past, you've probably gotten used to the idea of ​​removing the battery from the back of it. When mobile phones became smartphones, it is certain that it was strange that they could not take more.

During the current decade, it has certainly gotten used to the new pattern. But what caused this change?

Due to the change in the material of the batteries. In the past, battery cells were made of nickel and were prone to errors. If you ever had a phone that was unloading out of nowhere or frequently changing the charge level, it was your fault. Now what comes inside a smartphone?

Current handsets come with lithium and ion battery. At first they were also removable. With the need to produce thinner smartphones, the notches that allowed the back cover to be removed are no longer part of the handset production. 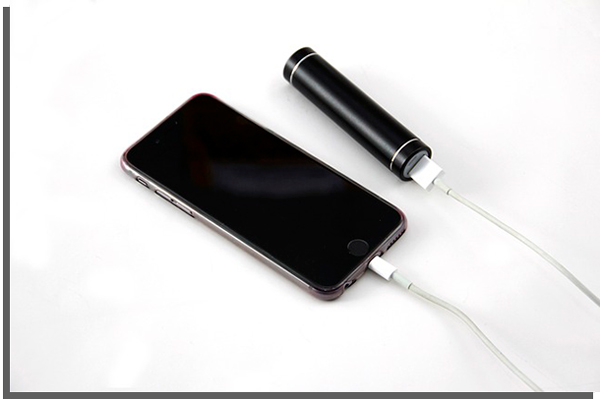 System on one chip, not processor

One of the most common confusions when we talk about what comes inside a smartphone is to refer to the part called "system on a chip" processor.

Although the use of the term is not exactly wrong, it limits the understanding of what the piece really involves. The processors are part of SoC, the acronym used to define the "system on a chip", which can also be called a chipset.

However, they are not the only ones. The graphics card, the LTE modem – which we'll talk about later – and the screen and video processors are also located in this part. That is, whenever you hear about Snapdragon, Apple A13 or Exynos processors, understand that they understand more than the processing power of a smartphone.

Whenever you buy a smartphone, be aware of the accompanying chipset. This information is what will tell you if the phone you want is capable of running any kind of game or application.

In addition to the mobile data internet connection, the LTE modem takes care of the most basic function of a mobile phone: making and receiving calls and SMS messages. Each brand of “systems on a chip” has its own modem, which is also a component of that system.

The modem is responsible for all communication on your mobile phone. Connect to the internet, send and receive files, messages and calls and even emails and notifications from your apps that come online in the background.

Currently, the modem capable of supporting the highest connection speeds is the Cat. 9 LTE. However, before investing money in a mobile phone equipped with this modem, it is important to check with your carrier if your connection is able to make the most of it.

The megapixels (MP) of cameras are not the most important parameter when evaluating what comes inside a smartphone. Although this number is still important, it is the sensors that can limit the quality of your photos.

The cameras you use to take photos with your smartphone are divided into three components.

The first is the aforementioned sensor. His role is to detect the ambient light when taking the picture. Some photography applications allow you to adjust some of the sensor settings to improve image quality. Typically, these changes are made by those who take professional photos.

Because of their smaller size than conventional cameras, smartphone sensors often do not deliver good photos in low light environments. Some manufacturers like Apple have been trying to solve this issue, as we could see on the recent iPhone 11.

The second component is the lens itself, where the light passes through when taking the picture. Finally, we have the image processor, an internal part of the smartphone that will show you the result of the photo you took. It is worth mentioning that this processor is also part of the chipset we mentioned earlier.

There is no shortage of sensors in smartphones. Every action you do with it depends on a sensor, especially those related to movement or touch. What comes inside a smartphone that is used to identify what's around you?

Check it out below:

Now that you know what comes inside a smartphone, you will no longer read cell phone reviews the same way. Understanding the role of each component and what they do will give you a better sense of how a smartphone can fit into your routine.

Thus improving your criteria when choosing the next device you will purchase.

Understand what comes inside a smartphone? Have questions about any of the components explained here? Comment with us so we can help you!