What is the best Moto G7? Compare models

Motorola smartphones are among the best for those who need affordable options. They have good configurations and often meet more basic needs such as running messaging apps, managing contacts and accessing social media.

Moto G7 is one of the most popular options in Brazil, even though Moto G8 is already available on the market. On the other hand, there are four models of this generation of Motorola smartphones. That is the question: what is the best Moto G7?

So stay with us for a few moments and, if you have any questions, be sure to check out our complete guide showing everything that comes inside a smartphone!

Alert: The prices shown throughout the article were searched in the search engine Search Foot January 9, 2020 and the average was taken from the three lowest forward prices.

The standard model of the Moto G7 is considered a good option as it acts as an intermediary between all other models. Launched in March 2019, the Moto G7 hit the market with a 6.2 inch LCD screen.

It features the Snapdragon 632 chipset, a previous generation model from Qualcomm that currently runs most Android apps and games. The conventional Moto G7 comes with 4 GB of RAM and 64 GB of storage, considered standard for smartphones in its class. Remember that storage can be expanded using memory cards.

Despite the name power (power), the Moto G7 Power is a model that arrived a month before the conventional version itself. This is why it comes in two different configurations, depending on the RAM and storage you choose. In this case, the Moto G7 Power lets you choose between the model with 3GB of RAM and 32GB of storage or 4GB of RAM and 64GB of file space and Android applications.

It also comes equipped with the Snapdragon 632 chipset, 6.2 inch LCD screen. The camera is smaller than the previous model. The Moto G7 Power comes with only a 12 MP rear camera. Despite this, it can still record in 4K, but Full HD recording is also limited to 30 frames per second, making videos with greater movement motion impossible. The front camera is also 8 MP.

Launched alongside the conventional model, the Moto G7 Plus is a more powerful edition compared to the other two models. The similarity is in the 6.2 inch LCD screen, 4 GB RAM and 64 GB storage, expandable by memory card.

The Snapdragon 636 chipset is the same generation as the 632, but it is also a more advanced edition with Adreno 509 graphics card that carries the Adreno 506.

The graphics card is responsible for processing what is displayed on your screen, such as movies or series, online games, and processing of pictures taken or recorded with the camera. Speaking of which, the Moto G7 Plus comes equipped with dual rear camera of 16 MP and 5 MP respectively.

While the Plus model is the most powerful, Play is already the most economical. Because of this, most of its settings are inferior and it carries a smaller LCD screen of only 5.7 inches.

Like most models, the Moto G7 Play comes equipped with the eight-core 1.8 GHz Snapdragon 632 octa-core and Adreno 506 graphics card. Its RAM is the smallest of the four models, bringing only 2 GB of memory. RAM memory. This means that games that require more “firepower” will have difficulty running on mobile. Moto G7 Play also has reduced storage of just 32GB.

Its camera surpasses that of the Moto G7 Power with 13 MP, but also only has a rear camera, which has the same limitations for recording videos. The selfie camera is similar to the conventional 8 MP model.

More limited configurations make the smartphone cheaper, costing between $ 699 and $ 719. 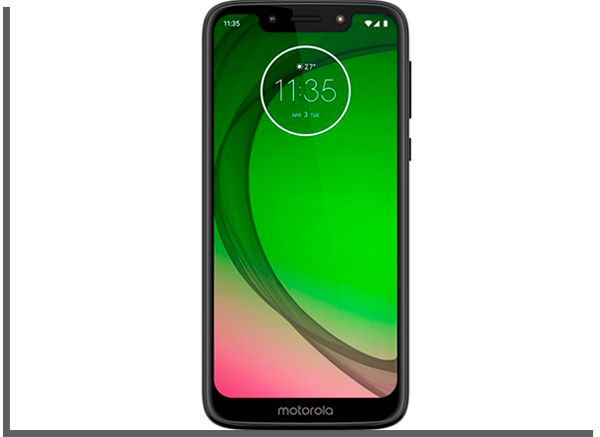 Which is the best Moto G7 among the four?

As we mentioned at the beginning of the article, let's consider three different criteria for defining the best Moto G7.

When it comes to technical specifications, Plus beats all other models. If you need a cheap, fast smartphone for basic functions, Play is the right choice.

If you need a mix of price and value, then look for the conventional model. Finally, Moto G7 Power is the only one we don't recommend. In addition to having specifications smaller than the standard Moto G7, it is usually more expensive in online stores.

Which model caught your attention? Comment with us and see our list of the best intermediate smartphones you can buy in early 2020!