A new trend within the community of influencers is the aesthetic known as VSCO girl, which has become increasingly popular. Here, we’ll cover what VSCO is and what VSCO girl is.

Read on and find out all about them, seeing if you want to adhere to this aesthetic!

Before we really get to what brought you to this article – what is a VSCO girl – we are going to explain in a superficial way what is VSCO, the app that served as the origin of this new fashion.

VSCO is an application launched in 2012, originally under the name VSCO Cam exclusively for taking pictures and sharing them. It is an app from the Visual Supply Company, which was founded in 2011 by Joel Flory and Greg Lutze in California.

Since then, the app has achieved its position as one of the best photo and social media apps because of its many photo editing tools and its many filters.

Its main objective, according to the creators, is to be above a simple image editor and social network, a creative channel that is based on the self-expression of its users.

It finally consolidated itself as a social media application in 2019, when VSCO acquired a video editing startup – Rylo -, founded by the original developer of Instagram's Hyperlapse. It currently has more than 2 million subscribing members worldwide. 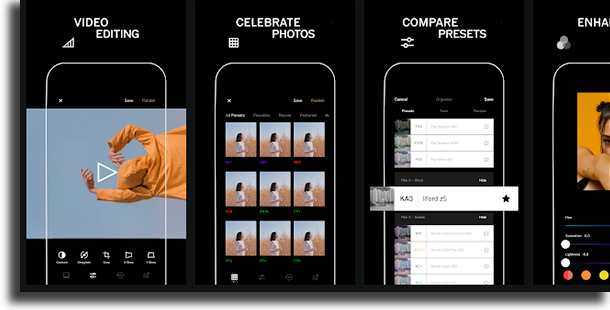 And what are VSCO girls?

Even though they originally appeared on the VSCO app, VSCO girls are a fashion that has spread to other major social networks, such as TikTok, Instagram and YouTube.

They are part of a style that has become very popular with young social media influencers, following a more basic style, with the intention of appearing more accessible and relaxed.

It is a term that has become very popular, very quickly in networks, arousing the curiosity of users. It is a term that became particularly popular towards the end of last year, with the search volume having stabilized since then.

In a very simple and direct way: being a VSCO Girl is adhering to a “basic” aesthetic, almost bland. However, this previously frowned upon aesthetic has become particularly popular today.

How did they come about?

As mentioned, initially they were in the VSCO app, a photo editing app recommended for anyone who wants to learn how to take professional photos with the phone that has achieved fame because of its large set of filters.

From the community itself, the girls who shared their photos in it, with apparently spontaneous poses and with very popular filters, made VSCO girls take off.

At TikTok, they compete with e-girls, known as the new emo fashion, and soft girls, who adhere to a cuter aesthetic, with pastel tones. Check out our guide to learn more about these aesthetics.

What is the main aesthetic of VSCO girls?

To be a VSCO girl it is necessary to adhere to a relatively specific and somewhat limiting aesthetic, with some items being almost always present in all photos. 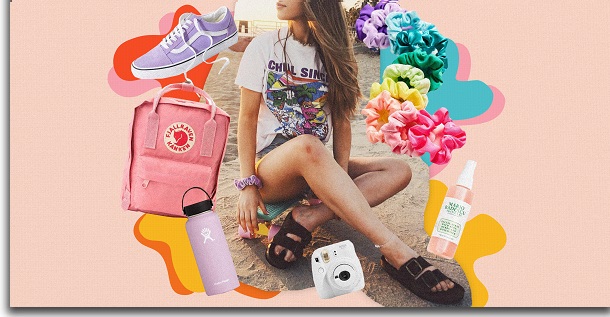 VSCO girls generally wear large T-shirts, often long enough to cover their shorts. As much as they are best known for their branded shorts, many adhere to high-waisted jeans as part of their style.

Among the most popular shoes for a VSCO girl are the brands Crocs, Birkenstocks, Vans, Adidas and Nike. Crocs are very decorated, with checkered vans being quite common to see. Many of the styles were popularized by the fashion of ugly sneakers.

The most common accessories include Scrunchies on both hair and wrists, in addition to handmade bracelets and shell necklaces, all being handmade products.

Metal bottles from the “Hydro Flask” brand are often found accompanying a VSCO girl, often with decorations made of reusable stickers and tubes.

An important factor for VSCO girls is the use of the same brands, which include Pura Vida, Hydro Flask, Nike, Adidas and some similar ones. Most of them had a big increase in sales.

So, did you like our explanation of what a VSCO girl is?

Leave in the comments if you already knew this fashion or if it was a novelty for you. Also, check out how to turn photos into caricatures, learn how to recover photos, turn photos into drawings and find out which are the best applications for removing image backgrounds.

If you are already a TikTok user and want to join the VSCO girl fashion, we strongly recommend you to use Stim Social, one of the best platforms to manage your account on the social network that helps you gain new followers. With our link, you get a free 5-day trial!