One of Apple's top annual events, WWDC 2019 is a developer-focused event. But if you are already thinking that this is an article that will be difficult to read, you are mistaken. It is in this event that the main novelties of iOS 13 are announced.

These features directly affect how you use your Apple devices. One of the conference announcements was that it will soon be possible to run applications on Apple Watch without relying on an iPhone. This is one of the most requested functions since launching smartwatch. And he's not even the star of the event.

Did you understand how ads from this event can affect your iPhone, iPad, Macbook, Apple Watch, and Apple TV experience? Then check out all the announcements about iOS 13 and your siblings in WWDC 2019!

At the last Apple event, it announced its own streaming service, such as a Netflix itself. That's why WWDC 2019 started with the trailer for a new exclusive service series, called For All Mankind.

The series will be part of the Apple TV + release archive, which will be available in around 100 countries around the globe simultaneously.

The TVOS, system that controls the Apple TV device, will receive important updates. The first of these is a complete overhaul of the home screen. From the moment you turn on the device, the screen will show trailers and movie and series indications, according to your profile.

In addition, it will be possible to create more than one user on the device. Each profile will have its own recommendations and custom home screen.

If you enjoy playing Apple TV and have an Xbox One or Playstation 4, WWDC 2019's best ad: tvOS will have support for the control of the two consoles!

Since the launch of the first edition, Apple Watch has always been dependent on the iPhone. So it is impossible to have an Apple watch without having the smartphone.

Finally, Apple has answered the prayers of its users and watchOS will have a new App Store with applications that will work without the need of the cell phone.

Another novelty is the new Faces, that is, the smartphone home screens. A wide variety of faces have been announced to customize your smartwatch screen. All of them will be customizable.

Among the new Apple Watch features shown in WWDC 2019, we highlight the ability to create audio reminders and listen to podcasts or audiobooks. The watch will feature applications to listen to music online, which will also function independently.

The smartwatch will also have its own calculator and will receive improvements in its apps related to health and quality of life.

Until then, we had seen news about Apple's secondary systems. From here, we were able to see everything that Apple is reserving for the next edition of its mobile system.

The first announcement was about performance improvements. FaceID screen unlock will be 30% faster. Apple has promised 60% smaller updates and twice as fast to install.

One of the most requested news for users that already exists in the Android Pie is coming to iOS 13: night mode!

The iPhone's native annotations and reminders app has been redone from scratch, with considerable improvements. Now you can attach files and images as some productivity apps do. In addition, you can also mark the location and record notifications that are sent to your iPhone when talking to a contact who needs to talk about an important subject.

Do you know that conversation you need to have with your boss about a raise? You can schedule a notification to encourage you to talk about it!

Editing photos and videos on iOS 13

A strong point of the new iOS is in its application of photos and videos. The first of these is the possibility to adjust the lighting in portrait mode. More tools for video editing have also been announced, though it's nothing out of what video editing applications already do.

Erasing duplicate photos is one of the boring tasks we have to do when we take multiple photos at once to choose the one that fits best. Using machine-learning technology, iOS 13 will automatically delete duplicate photos and select the best one.

The way your gallery is organized will also receive major changes. With the system, you can view your photos divided by days, months or years, in addition to the traditional view. Like a diary application, only with photos. 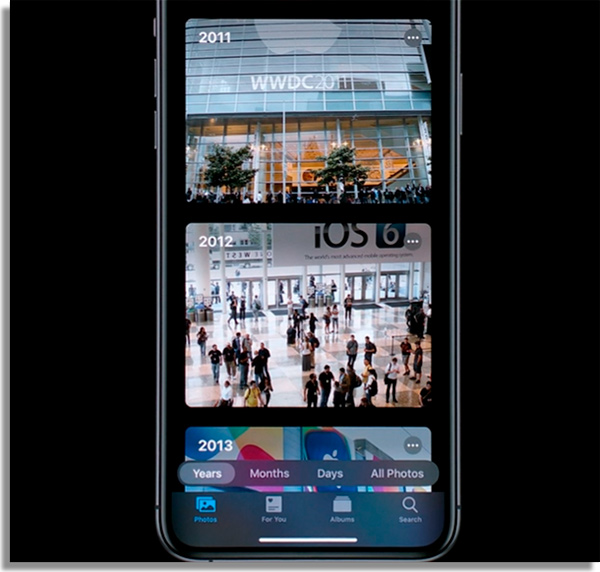 Apple's virtual assistant is going far beyond the funny phrases she can tell her. During the event, Apple announced that it could listen to incoming messages and respond immediately by using the Airpods in conjunction with the wizard.

In addition, it will have integration with the Carplay and online radio applications, allowing you to choose and ask to tune in to your favorite.

iPadOS – One of the biggest surprises of the event!

The iPad will no longer share iOS with the iPhone and will have its own system called iPadOS. Since its first release, the Apple tablet used iOS.

The change will bring some benefits, especially for Safari. After the launch of iPadOS, Apple's browser will run in desktop mode on the tablet, rather than the mobile version. The browser has been optimized so that the preview is perfect.

This functionality extends to the iPad in its entirety. That is, you can also exercise your multitasking to be able to use more than one app simultaneously with your tablet. Apple has revealed that functionality will also be available for non-company applications.

In addition to these functions, the Apple Pencil has received improvements in the response, it will be possible to attach widgets anywhere on the screen and, most importantly: you can connect USB memory cards and USB flash drives in the iPad!

Although significant, this was not the biggest announcement of the event, whose spotlight was on the new Mac Pro and Pro Display XDR, Apple monitor. Check below!

With portability in mind, the design of the new Mac Pro will allow you to quickly store your computer in a kind of carrying case to carry it anywhere.

Obviously this was not the only advertisement about the new computer. The apple company also invested heavily in the graphics capabilities of its next generation of computers.

In addition to the PCI inputs for common video cards, it will bring a new and faster module called MPX Module. So far, only two compatible cards have been announced: Radeon Pro 580x and Radeon Pro Vega II, with 14 teraflops and 32GB HBM.

The module has two slots, which means you can put two Radeon Pro Vega II simultaneously, doubling the graphics capability of your Mac Pro. Apple did not want to stop there.

The company's bite apple will also launch a graphic accelerator called Afterburner, able to further elevate the possibilities of playing stunning graphics. The equipment will allow to process up to 6 billion pixels simultaneously.

What does that mean? That computer will be able to play up to 3 streams in 8K quality or incredible 12 streams in 4K quality! In addition, the card and computer will be supported by major companies in the area of ​​computer graphics, such as Adobe, Pixar and Unity, among others.

The new Mac Pro will hit the market this spring costing $ 5999. By converting to our currency, the computer costs about $ 25,000.

An incredible monitor to accompany your Mac Pro

Next to the computer of Apple, also was announced the Pro Display XDR, that expands the reproduction in HDR to another level. With 32 inches in size and LCD, the monitor will have 6K Retina resolution and modular design.

What does that mean?

That it can be easily adjusted no matter what the most ergonomic way for you. You can adjust your height, angle and even rotate the screen. In addition, you can adjust the Pro Display XDR screen to be in portrait mode!

Another interesting possibility is that you can use the Thunderbolt 3 cable to include up to 6 screens simultaneously, playing up to 120 million pixels at the same time. The price of that? The trifle of $ 4999.

Closing this edition of the Apple event for developers, we had the presentation of Catalina, new edition of macOS!

The first announcement was that iTunes will run out and split into three apps – Apple Music, Apple TV and Apple Podcasts. Videos played by the new iTunes can be viewed in up to 4K HDR. It is worth remembering that everything you have bought on old iTunes will be preserved.

Another great novelty for those who use the iPad and Mac is the possibility to include the tablet as a second screen, through the cable Thunderbolt that we mentioned before.

Accessibility controls are also one of the most interesting functions. With Catalina, you can exercise full voice control of your computer. The feature has also been extended to iOS 13.

The service Find my iPhone has also been extended to the Mac and now it's just called Find my. The best news is that it is not necessary for your Mac or iPhone to be online to be located.

Through an anonymous Bluetooth connection, your device will communicate with other phones, tablets and computers until the signal reaches you, allowing you to locate your device.

But it was the developers who earned more. In the programming area, Apple is unifying the iOS and macOS libraries. This means that with the same code, it will be possible to launch applications for both systems simultaneously.

Finally, we had the first presentation of gameplay of Minecraft Earth, which will use augmented reality technology to expand its blockbuster world to our real world. 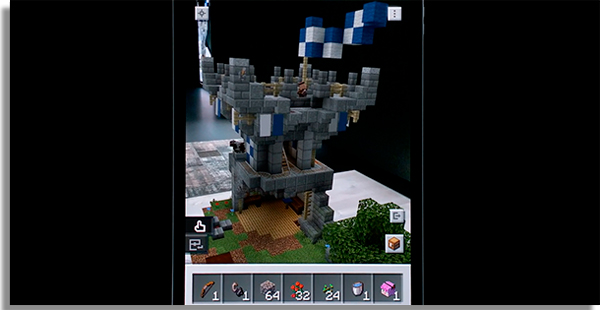 At the end of the presentation, CEO Tim Cook reported that all of the software platforms shown at the event are available as downloadable beta. The official release of the systems, the new Mac Pro and the XDR Pro Display are scheduled for spring this year.

Access the link to watch the recording of the entire event and tell us: How did you like the WWDC 2019 ads?